Unusual Animal Behavior Preceding the 2011 Earthquake off the Pacific Coast of Tohoku, Japan: A Way to Predict the Approach of Large Earthquakes
Next Article in Special Issue

Hopping Down the Main Street: Eastern Grey Kangaroos at Home in an Urban Matrix
Previous Article in Journal

Environmental and Anthropogenic Impacts on Avifaunal Assemblages in an Urban Parkland, 1976 to 2007

Over 32 years, the bird species assemblage in the parklands of Adelaide showed a uniform decline. Surprisingly, both introduced and native species declined, suggesting that even urban exploiters are affected by changes in the structure of cities. Climate and anthropogenic factors also cause short term changes in the species mix. In the case of Adelaide, the drought of 2005–2007 and associated water restrictions profoundly impacted the avian assemblage using the city parklands.

Urban environments are unique, rapidly changing habitats in which almost half of the world’s human population resides. The effects of urbanisation, such as habitat (vegetation) removal, pollution and modification of natural areas, commonly cause biodiversity loss. Long-term ecological monitoring of urban environments is vital to determine the composition and long-term trends of faunal communities. This paper provides a detailed view of long-term changes in avifaunal assemblages of the Adelaide City parklands and discusses the anthropogenic and environmental factors that contributed to the changes between 1976 and 2007. The Adelaide City parklands (ACP) comprise 760 ha of land surrounding Adelaide’s central business district. Naturalist Robert Whatmough completed a 32-year survey of the ACP to determine the structure of the urban bird community residing there. Annual species richness and the abundance of birds in March and September months were analysed. Linear regression analysis was applied to species richness and abundance data of each assemblage. Resident parkland birds demonstrated significant declines in abundance. Native and introduced species also exhibited long-term declines in species richness and abundance throughout the 32-year period. Cycles of varying time periods indicated fluctuations in avian biodiversity demonstrating the need for future monitoring and statistical analyses on bird communities in the Adelaide City parklands. View Full-Text
Keywords: birds time series; urban parklands abundance diversity birds time series; urban parklands abundance diversity
►▼ Show Figures 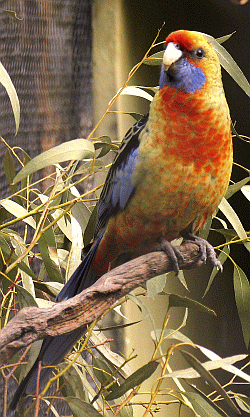