Role of Infection and Immunity in Bovine Perinatal Mortality: Part 2. Fetomaternal Response to Infection and Novel Diagnostic Perspectives
Next Article in Special Issue

Knowledge of the welfare status of wild animals is critical for informing debates about how we interact with them. However, methodology to enable assessment of the welfare of free-roaming wild animals has been lacking. In this study, we assessed the use of remote camera traps to non-invasively identify individual free-roaming wild horses and evaluate an extensive range of welfare indicators. Camera trapping was successful in detecting and identifying horses across a range of habitats including woodlands where horses could not be directly observed. Twelve indicators of welfare were assessed with equal frequency using both still images and video, with an additional five indicators assessed on video. This is the first time such a methodology has been described for assessing a range of welfare indicators in free-roaming wild animals. The methodology described can also be adjusted and applied to other species, enabling significant advances to be made in the field of wild animal welfare.

We previously developed a Ten-Stage Protocol for scientifically assessing the welfare of individual free-roaming wild animals using the Five Domains Model. The protocol includes developing methods for measuring or observing welfare indices. In this study, we assessed the use of remote camera traps to evaluate an extensive range of welfare indicators in individual free-roaming wild horses. Still images and videos were collected and analysed to assess whether horses could be detected and identified individually, which welfare indicators could be reliably evaluated, and whether behaviour could be quantitatively assessed. Remote camera trapping was successful in detecting and identifying horses (75% on still images and 72% on video observation events), across a range of habitats including woodlands where horses could not be directly observed. Twelve indicators of welfare across the Five Domains were assessed with equal frequency on both still images and video, with those most frequently assessable being body condition score (73% and 79% of observation events, respectively), body posture (76% for both), coat condition (42% and 52%, respectively), and whether or not the horse was sweating excessively (42% and 45%, respectively). An additional five indicators could only be assessed on video; those most frequently observable being presence or absence of weakness (66%), qualitative behavioural assessment (60%), presence or absence of shivering (51%), and gait at walk (50%). Specific behaviours were identified in 93% of still images and 84% of video events, and proportions of time different behaviours were captured could be calculated. Most social behaviours were rarely observed, but close spatial proximity to other horses, as an indicator of social bonds, was recorded in 36% of still images, and 29% of video observation events. This is the first study that describes detailed methodology for these purposes. The results of this study can also form the basis of application to other species, which could contribute significantly to advancing the field of wild animal welfare. View Full-Text
Keywords: welfare assessment; animal-based welfare indicators; camera traps; wild horses welfare assessment; animal-based welfare indicators; camera traps; wild horses
►▼ Show Figures 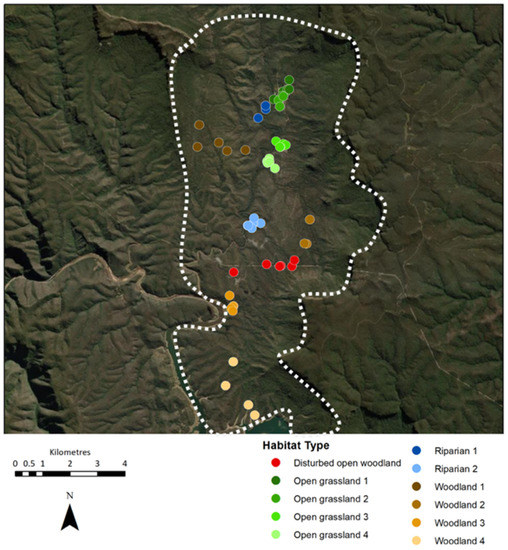 Andrea M. Harvey
Andrea graduated as a veterinarian from the University of Bristol in 2000. After time in clinical practice she returned to undertake a 3 year post-graduate clinical training program, gaining RCVS and ECVIM Diplomas in small animal medicine, and becoming a Recognised Veterinary Specialist in 2006. After a further 9 years working in academia and private Specialist practice, her broader interests in animal welfare grew. Andrea obtained ANZCVS Memberships in Animal Welfare in 2016, also enrolling in a PhD in wild horse ecology and welfare. During her PhD she spent several years doing field work investigating wild horses in Southeast Australia.
Zoom | Orient | As Lines | As Sticks | As Cartoon | As Surface | Previous Scene | Next Scene
We use cookies on our website to ensure you get the best experience. Read more about our cookies here.
Accept
We have just recently launched a new version of our website. Help us to further improve by taking part in this short 5 minute survey here. here.
Never show this again