Appeasing Pheromones for the Management of Stress and Aggression during Conservation of Wild Canids: Could the Solution Be Right under Our Nose?

Primates are typically thought to use hearing and vision more than the sense of smell. However, lemurs show a complex olfactory repertoire which includes conspicuous scent-marking behaviours (i.e., a form of olfactory communication displayed by animals that deposit their odour in specific places to transmit a message to other animals). We studied two pairs of crowned lemurs at Colchester and Twycross zoos (UK) by combining behavioural observations and chemical analyses of odour secretions released via scent-marking. Male lemurs scent-marked most frequently, showing three types of behaviours: ano-genital marking for applying their scent onto females; head marking for placing their secretions on or near the mark left by another individual; and wrist marking to deposit their mark in specific meaningful areas of the enclosure. Female lemurs displayed only ano-genital marking, primarily on feeding devices. We detected a total of 38 volatile compounds in male ano-genital scent-marks and 26 in female ano-genital odour secretions, including many compounds that have been identified in odour profiles of other primates. In conclusion, we found sexual dimorphism in crowned lemur scent-marking. In males, head and wrist marking behaviours would play defensive territorial functions, while ano-genital marking may be related to socio-sexual communication; female ano-genital marking could be involved in resource defense. This study contributes to improving our understanding of lemur communication. 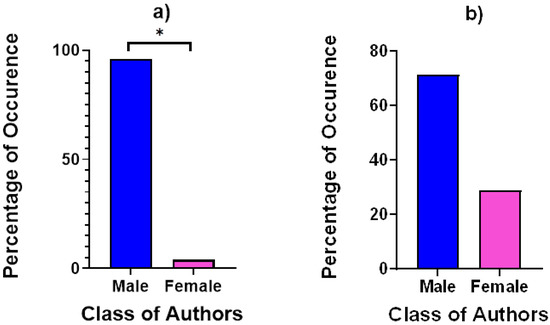