Model-Based Distribution and Abundance of Three Delphinidae in the Mediterranean

The distribution and abundance of three Delphinidae species (striped dolphin, bottlenose dolphin, and common dolphin) were investigated in an extended area of the Mediterranean Sea. Data from nondesigned transect line surveys were modeled in order to investigate important marine areas for marine mammals. The results indicated that the environmental covariates significantly affecting marine mammals’ distribution/abundance were depth and distance from 200 m isobaths for striped dolphin, latitude/longitude and depth for bottlenose dolphin, and latitude/longitude and chlorophyll concentration for common dolphin. Maps of predictions were designed in order to communicate the results of important hot spot areas throughout the Mediterranean. 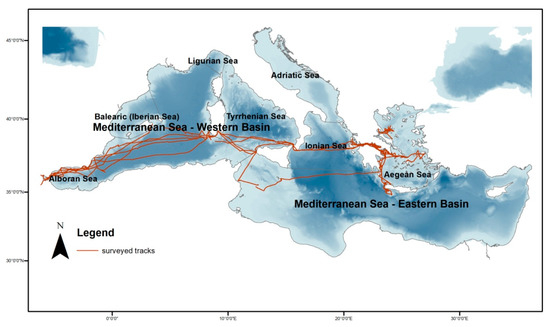