The Effect of the Type of Non-Caged Housing System, Genotype and Age on the Behaviour of Laying Hens
Next Article in Special Issue

Influence of the Number of Queens on Nest Establishment: Native and Invasive Ant Species
Previous Article in Journal 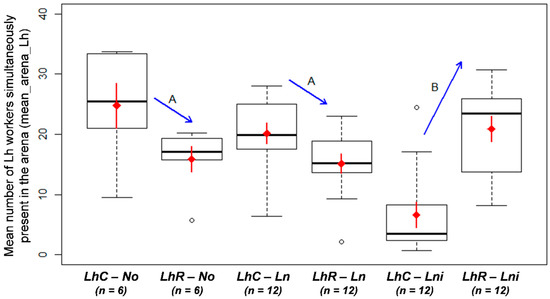