Validation of the Equine Behaviour Assessment and Research Questionnaire (E-BARQ): A New Survey Instrument for Exploring and Monitoring the Domestic Equine Triad

The Equine Behaviour Assessment and Research Questionnaire (E-BARQ) is an online questionnaire collecting information from horse-owners and riders on their horses’ training, management and behaviour. In order to compare different populations of domestic equids—for example, according to their breed, discipline, training or management type—it is important that the questionnaire administered to participants has been validated and found to be reliable. The questionnaire must reflect a true assessment of the horse’s behaviour, and, when taken by different users or the same user over time, the results should remain consistent. This article describes the process of validating the E-BARQ questionnaire, using three separate procedures. The results confirmed that the E-BARQ represents a standardised and validated behavioural assessment tool for horses.

The Equine Behaviour Assessment and Research Questionnaire (E-BARQ) was developed to obtain quantitative data on the domestic equine triad: training, management and behaviour. It can be taken repeatedly, thus collecting longitudinal data to enable evaluation of how changes in a horse’s training and management are reflected in that horse’s behaviour over time and how these changes can impact horse welfare in the longer term. Questionnaire validation and reliability were tested by determining (a) whether an owner’s subjective ratings of their horse’s problematic behaviours or undesirable temperament traits were reflected in the questionnaire scores obtained for that horse (construct validity), (b) whether two respondents, equally familiar with a particular horse, reported comparable scores for that horse through the questionnaire (inter-rater reliability), and (c) whether the same respondent, scoring the same horse after a known interval of time, recorded similar responses (intra-rater reliability). Construct validity testing of 1923 responses showed significant alignment between owners’ reported experience of focal horses’ behaviour and those horses’ E-BARQ scores, with scores varying from 1.13 to 1.34 for ridden horse behaviour (all p < 0.001) and from 1.06 to 1.43 for non-ridden horse behaviour (all p < 0.001). Inter-rater reliability testing of ten horse–rider pairs revealed that 203 of the 215 question items were significantly aligned (p < 0.001) when tested by two independent raters. Of the remaining 19 items, four had fair alignment (ĸ = 0.174–0.316; p = 0.281) and ten items, largely related to whether the horse shows behavioural signs related to anxiety when taken away from home, did not align (ĸ = 0; p = 1). Intra-rater reliability tests showed that the responses significantly aligned on all 215 question items tested (p < 0.001). The results of these tests confirmed the construct validity and reliability of E-BARQ as a standardised behavioural assessment tool for horses.
Keywords:
behaviour assessment; horse behaviour; horse welfare; rider safety; domestic equine triad; ethical equitation

Survey responses from 1923 E-BARQ questionnaires were used to test construct validity. The survey had been widely distributed with respondents from 33 countries, with 60% pure bred horses comprising more than 78 different breeds, 58% geldings and 38% mares (with the remainder stallions and colts both <1% and fillies <2%). More than 80% of owners reported working with or keeping horses before the age of 16 and 83% reported having more than 8 years of riding or horse handling experience. Most participants (90%) were in the age range of 18 to 64 years.
Participants for both the inter- and intra-rater reliability tests were recruited via two university equine departments: Hartpury University, United Kingdom and Colorado State University, USA. To be eligible for inclusion within inter-rater reliability testing, participants were required to be over 18 years of age and capable of the equivalent of British Horse Society Stage 3 riding ability, be equally familiar with the horse under saddle and on the ground and should have completed the questionnaire independently but within one week of each other. To be eligible for inclusion within intra-rater reliability testing, participants were required to own or have access to a horse with which they had prior knowledge and experience, been currently working with the horse under saddle and/or on the ground and should have completed the questionnaire twice, approximately 30 days apart. This study was conducted under the approval of the University of Sydney Human Research Ethics Committee (approval number: 2012/656).

A previous rotated principal component analysis revealed 55 rotated components in the E-BARQ questionnaire [48]. These components were used to assess owner-reported behaviours (see Supplementary File S1 for a full list of items).
Respondents were asked, “Have you been experiencing problems with your horse’s behaviour?” in the past six months. Answer options were “no problems”, “only minor problems”, “moderate problems” or “serious problems” (see Supplementary File S1 for the full E-BARQ questionnaire).
To test the validity of the questionnaire, respondents’ answers to “Have you been experiencing problems with your horse’s behaviour?” were compared to their horses’ scores on the E-BARQ items [42,43]. We expected to see horses belonging to respondents who reported not having problems with behaviour to score lower (fewer problems) than those who did report having problems with their horses’ behaviour.

We surveyed 10 pairs of riders, each equally familiar with a particular horse, to determine whether they reported the same behaviours in that horse. The 20 respondents, assigned to pairs, reported on 10 individual horses. To test the inter-rater reliability of the questionnaire, we compared the scores provided by the rider pairs by calculating the Cohen’s Kappa for scores awarded by the two raters.

We surveyed 52 riders, each on one focal horse, and re-surveyed them 30 days later. We calculated Cohen’s Kappa for the two scores awarded by the same rider, expecting to see significant similarities.

For the ridden horse questionnaire items, respondents categorised their horses as having “no problems”, “only minor problems”, “moderate problems” or “serious problems”. The probability of a respondent reporting a behaviour to be frequently observed (1 = not observed/applicable, 2 = never, 6 = always) is shown in Figure 1. Respondents were more likely to score horses with minor, moderate and serious behaviour problems higher than horses with no behavioural problems across questions related to ridden behaviour (Chisq = 2587.4, 3df, <2.2e−16***, p < 0.001; see Table 2 and Figure 1).

For the unridden horse questionnaire items, respondents categorised their horses as having “no problems”, “only minor problems”, “moderate problems” or “serious problems”. The probability of a respondent reporting a behaviour to be frequently observed (1 = not observed/applicable, 2 = never, 6 = always) is shown in Figure 2. Respondents were more likely to score horses with minor, moderate and serious behaviour problems higher than horses with no behavioural problems across questions related to non-ridden behaviour (Chisq = 87.466, 3df, <2.2e−16***, p < 0.001; see Table 3 and Figure 2).

An overall inter-rater reliability test was performed using all non-demographic E-BARQ items. The 215 items were obtained from the question matrices 52, 55, 57, 60, 61, 62, 63, 64, 65, 66, 68, 69, 71 and 74 of the ridden survey (see Supplementary File S2 for full item and question number list). The omnibus test results and the linear-weighted Kappa scores for individual questions are shown in Table 4 and Table 5, respectively.

Overall intra-rater reliability was tested using all non-demographic E-BARQ items. The 215 items were obtained from the question matrices 52, 55, 57, 60, 61, 62, 63, 64, 65, 66, 68, 69, 71 and 74 of the ridden survey (see Supplementary File S3 for full item and question number list). The omnibus test results and the linear weighted Kappa scores for individual questions are shown in Table 6 and Table 7, respectively.

These validation tests show the E-BARQ to be a reliable, consistent and valid questionnaire for assessing behaviour in horses. This instrument will reveal what constitutes normal behaviour in horses, help to identify those training and management practices that lead to a deterioration in behaviour and, in the future, become a valuable predictive tool for the development of problematic behaviour. Thus E-BARQ has the potential to collate evidence that could greatly improve rider safety and horse welfare, leading to evidence-based practice and ethical equitation.

This research received no external funding. Paul McGreevy has contributed personal funds to the development and maintenance of E-BARQ.

The authors would like to thank the E-BARQ participants from the Colorado State University and Hartpury University for donating their time to this study. 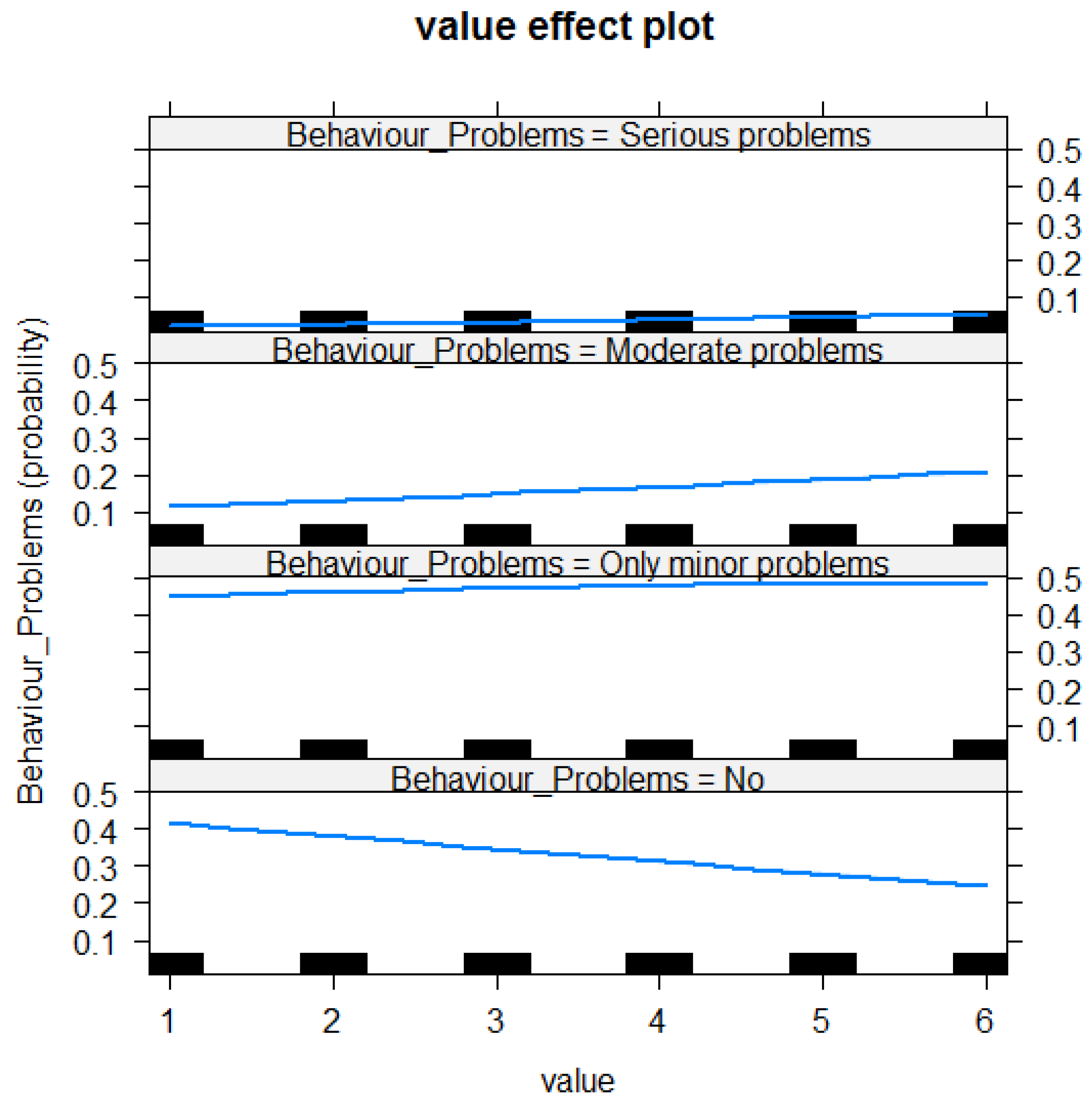 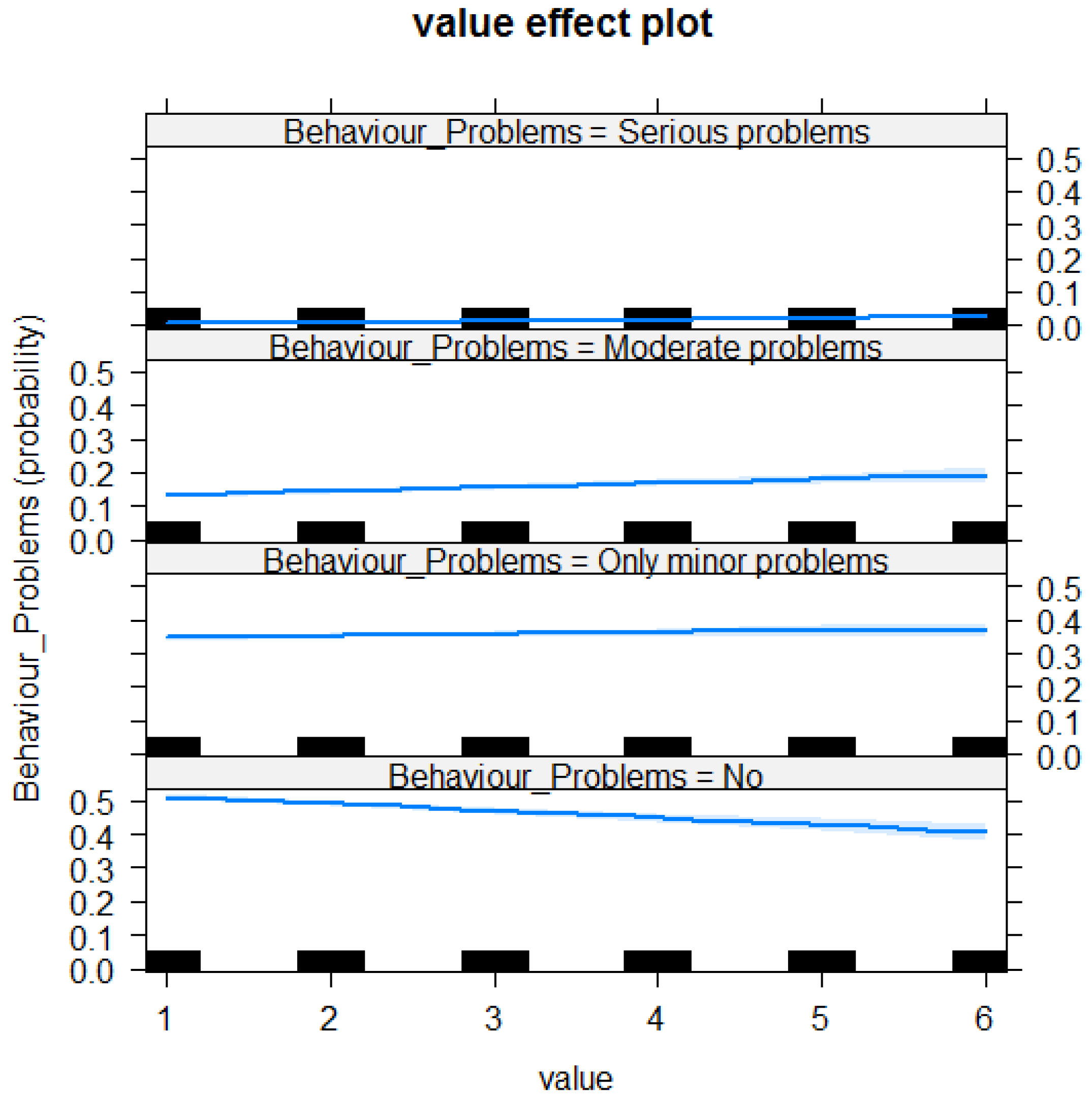