The Araucana creole sheep is a local Chilean genetic resource and represents an important economic resource for the Mapuche ethnic group, who mainly use it for meat and wool production. In recent years, an interesting gourmet market has emerged for milk products derived from sheep’s milk. These products are highly valued because they come from sheep fed in systems based on pastures that are considered healthier than the diet of sheep fed indoors. Therefore, it is important to know the production and composition of Araucana creole ewe’s milk, which has not been studied. This information may provide an alternative for the diversification of sheep production by small farmers, contributing to the agricultural and cultural diversity of southern Chile.

Araucana creole sheep are a local animal genetic resource adapted to environmental conditions in rural production systems in southern Chile. The aim of the present study was to analyze the milk yield and composition of Araucana creole ewe’s milk from ewes maintained in a traditional grazing system of natural pastures. Twenty healthy single-bearing Araucana creole ewes were selected immediately after lambing (body condition score (BCS) of 2.8 ± 0.2, ewe weight (EW) of 62 ± 3.5 kg, and age of 3.8 ± 0.7 years). BCS, EW, and lamb weights were determined. Milk samples were obtained using the oxytocin technique at 10 days postpartum and then twice a month during the lactation stage (90 days). Protein, fat, lactose, total solids (TS), solid non-fat (SNF), urea contents, and fatty acid (FA) composition were analyzed. The Araucana ewe’s milk yield was lower than that of other dairy sheep but was higher than that of meat breeds. The milk fat had a higher content of oleic acid in the early lactation period, which decreased slowly according to the progress of lactation. The increase in oleic acid improved the milk health indexes during this period and thus provided a healthier milk product for human consumption than later in lactation. During lactation, higher conjugated linoleic acid (CLA) levels were obtained only at day 60. Our research suggests that Araucana creole sheep can provide high-quality milk during early lactation, which is rich in oleic acid and represents an alternative for the production of dairy products, improving the profitability of the productive systems of small-holder farmers in Chile. View Full-Text
Keywords: local breed sheep; fatty acid; milk local breed sheep; fatty acid; milk
►▼ Show Figures 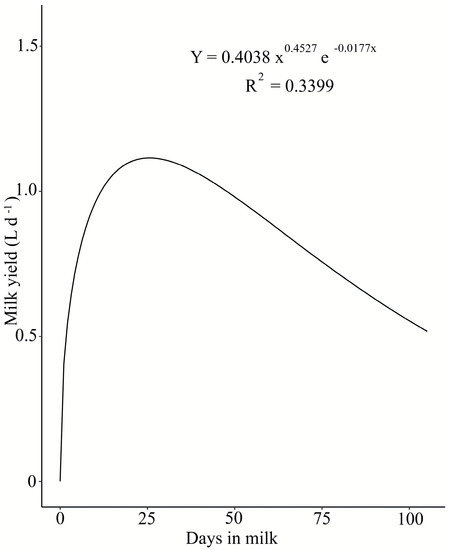