An immunostimulatory glycolipid molecule from the intestinal protozoan parasite Entamoeba histolytica (Eh) and its synthetic analogs derived from its phosphatidylinositol-b-anchor (EhPIb) previously showed considerable immunotherapeutic effects against Leishmania major infection in vitro and in vivo. Here, we describe a high content screening assay, based on primary murine macrophages. Parasites detection is based on a 90 kDA heat shock protein-specific staining, enabling the detection of several Leishmania species. We validated the assay using L. major, L. braziliensis, L. donovani, and L. infantum as well as investigated the anti-leishmanial activity of six immunostimulatory EhPIb-compounds (Eh-1 to Eh-6). Macrophages infected with dermotropic species were more sensitive towards treatment with the compounds as their viability showed a stronger reduction compared to macrophages infected with viscerotropic species. Most compounds caused a significant reduction of the infection rates and the parasite burdens depending on the infecting species. Only compound Eh-6 was found to have activity against all Leishmania species. Considering the challenges in anti-leishmanial drug discovery, we developed a multi-species screening assay capable of utilizing non-recombinant parasite strains, and demonstrated its usefulness by screening macrophage-targeting EhPIb-compounds showing their potential for the treatment of cutaneous and visceral leishmaniasis. View Full-Text
Keywords: Leishmania; immunotherapy; high content screening; macrophages; drug discovery Leishmania; immunotherapy; high content screening; macrophages; drug discovery
►▼ Show Figures 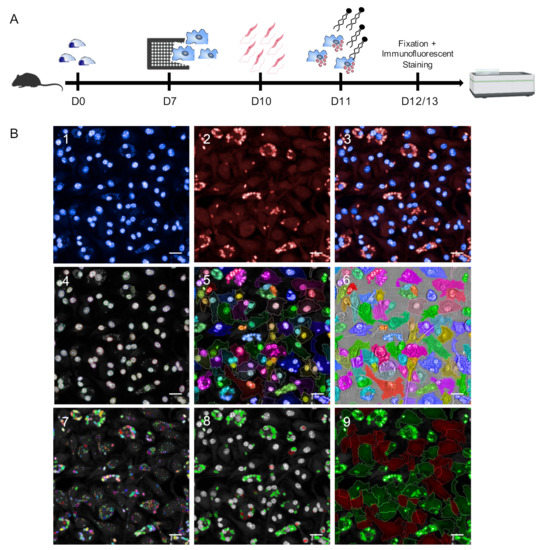