Salmonella serovars have been associated with the majority of foodborne illness outbreaks involving tomatoes, and E. coli O157:H7 has caused outbreaks involving other fresh produce. Contamination by both pathogens has been thought to originate from all points of the growing and distribution process. To determine if Salmonella serovar Typhimurium and E. coli O157:H7 could move to the mature tomato fruit of different tomato cultivars following contamination, three different contamination scenarios (seed, leaf, and soil) were examined. Following contamination, each cultivar appeared to respond differently to the presence of the pathogens, with most producing few fruit and having overall poor health. The Micro-Tom cultivar, however, produced relatively more fruit and E. coli O157:H7 was detected in the ripe tomatoes for both the seed- and leaf- contaminated plants, but not following soil contamination. The Roma cultivar produced fewer fruit, but was the only cultivar in which E. coli O157:H7 was detected via all three routes of contamination. Only two of the five cultivars produced tomatoes following seed-, leaf-, and soil- contamination with Salmonella Typhimurium, and no Salmonella was found in any of the tomatoes. Together these results show that different tomato cultivars respond differently to the presence of a human pathogen, and for E. coli O157:H7, in particular, tomato plants that are either contaminated as seeds or have a natural opening or a wound, that allows bacteria to enter the leaves can result in plants that have the potential to produce tomatoes that harbor internalized pathogenic bacteria. View Full-Text
Keywords: tomato; produce contamination; pathogen internalization; produce safety; pathogen contamination; foodborne illness tomato; produce contamination; pathogen internalization; produce safety; pathogen contamination; foodborne illness
►▼ Show Figures 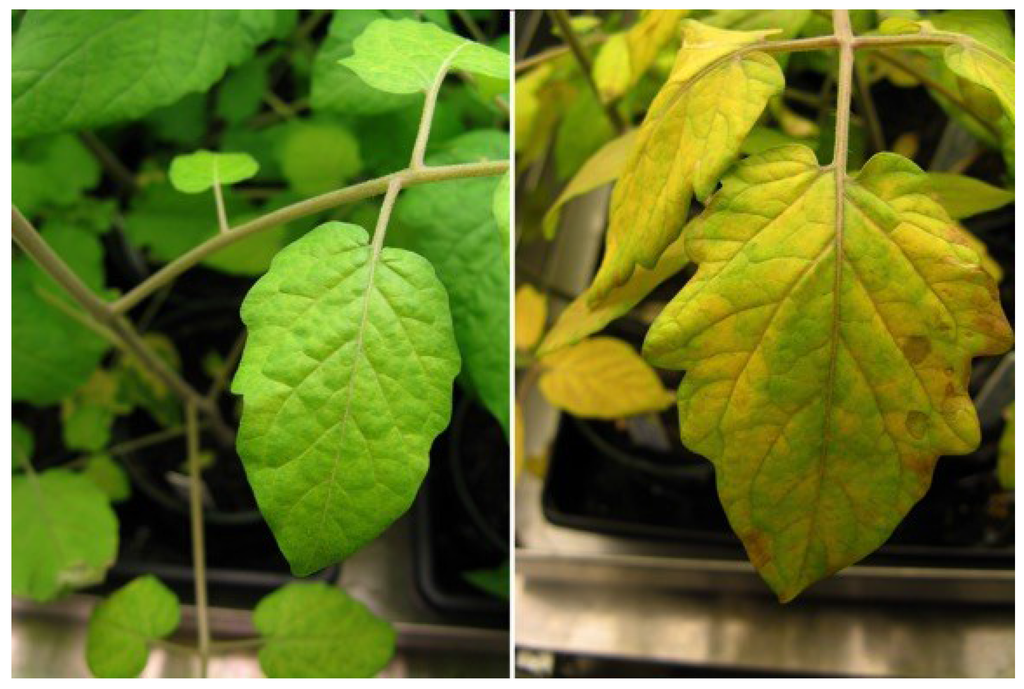