Presentation, Modeling and Experiments of an Electrostatic Actuator Based Catom for Programmable Matter
Previous Article in Journal

Research on an Electromagnetic Actuator for Vibration Suppression and Energy Regeneration

As shown in Figure 1, the electromagnetic actuator consists of a controlled object, three coils, four permanent magnet rings (PM rings), four soft iron rings, a soft iron outer shell, three springs, an acceleration sensor (acc. sensor), and a displacement sensor (disp. sensor). Three springs are used to support the controlled object and three coils are fixed on the controlled object. The soft iron outer shell, three springs, and four PM rings are fixed on a stator. The axial-magnetized PM rings are adopted here to generate a concentrated magnetic flux in the surrounding air gap, and the arrangement of the PM rings is shown in Figure 1.
The coils are facing the soft iron rings to cut as much magnetic flux as possible. Here, coil2 is used for suppressing vibration, and coil1 and coil3 are used for synchronously regenerating energy. The acc. sensor and the disp. sensor are used to measure the acceleration and the displacement of the controlled object, respectively.

3. Design and Fabrication of the Electromagnetic Actuator

3.1. Design of the Electromagnetic Actuator

3.2. Fabrication of the Prototype

3.3. Characteristics of the Electromagnetic Actuator

The control model of the electromagnetic actuator is shown in Figure 9. It is assumed that only the z-axis motion of the controlled object is considered, and that the interference of the z-axis motion to other directions is neglected. The dynamics model in the z-axis is given as follows: where z is the displacement of the controlled object, m is the mass of the controlled object, c is the damping coefficient, kz is the parallel stiffness of three springs, fc is the output force of the electromagnetic actuator, fm is the external disturbance force, u is the displacement of the input excitation, ki is the output force–current coefficient of the electromagnetic actuator, and i is the current of the coil2. These parameters were established using the experimental and simulated results, as shown in Table 5.

As shown in Figure 11, the schematic of the electromagnetic actuator shows signal loops of the control system for various physical quantities. The vibration excitation is carried out by the motor driving the cam, where the vibration generated by the cam is then transmitted to the excitation object, electromagnetic actuator, and controlled object. The electromagnetic actuator is controlled by a DSP (DS1104, dSPACE Corp.), and the sampling rate was set to 10 kHz. Two acceleration sensors and three displacement sensors were connected to the A/D converter of the DSP. The control signal acts as an output to the D/A converter of the DSP via a power amplifier applied to coil2. Coil1 and coil3 are connected in series, and the voltage signal is transmitted to the A/D converter of the DSP for regenerating the EMF.

This paper has proposed a new type of electromagnetic actuator that may be applied in mechanisms with low vibration and a low frequency, such as in transportation machinery, mining machinery, construction machinery, and other areas. The proposed actuator has two working functions, namely, a vibration suppression function and an energy regeneration function. These functions can relieve vibrations generated by a vibrating component and collect a part of the energy dissipated by the vibrating component. The structure of the electromagnetic actuator was designed by the static magnetic field simulation of FEM analysis, and the prototype of the actuator was fabricated. On this basis, the characteristics of the electromagnetic actuator were explored, finding an output force–current coefficient of 39.49 N/A. Moreover, the control system of the experiments was constructed by a position controller and an acceleration controller. Impulse excitation response and sinusoidal excitation response analyses were carried out. The experimental results show that the vibration acceleration of the controlled object can be suppressed from 114.26 m/s2 to 3.14 m/s2, which is within 2.75% under the impulse excitation response. For the sinusoidal excitation response, the input signal under a 3 mm amplitude and 5 Hz frequency was set as the input of the excitation object, where the peak value of the displacement of the controlled object was 0.045 mm, accounting for 1.46% of that of the excitation object. The peak value of the regenerated EMF was 1.97 V, where the efficiency for regenerating energy is 11.59%. Under multiple frequencies and amplitudes, the amplitude ratio of the controlled object and excitation object was within 5.5%, and ratio of the EMF to the input amplitude was 0.13, which can predict the trend of the regenerated energy.
This electromagnetic actuator has great potential to be adopted as a viable development for occasions with millimeter-sized vibrations. The next step is to conduct a thorough study of the amplitude ratio of the controlled object to excitation object, and the ratio of the EMF to the input amplitude, to improve the control effect at high frequencies in the active control function. In the energy regeneration function, the efficiency of the proposed electromagnetic actuator will be verified by experiments, and this efficiency needs to be further improved.

This research is supported by the LiaoNing Revitalization Talents Program (number XLYC1802077) and the Scientific Research Fund Project of the Liaoning Provincial Department of Education (number LJGD2019011).

The authors would like to express their thanks to the LiaoNing Revitalization Talents Program and the Scientific Research Fund Project of the Liaoning Provincial Department of Education. 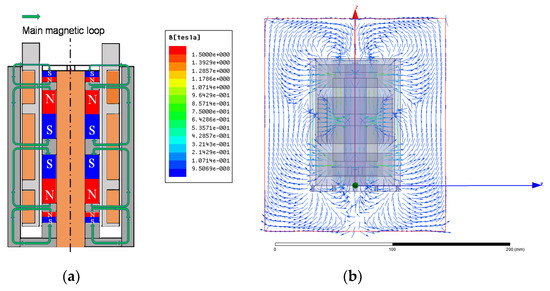 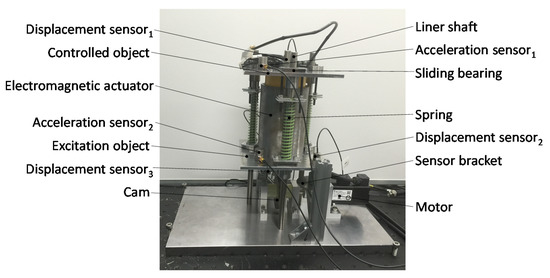 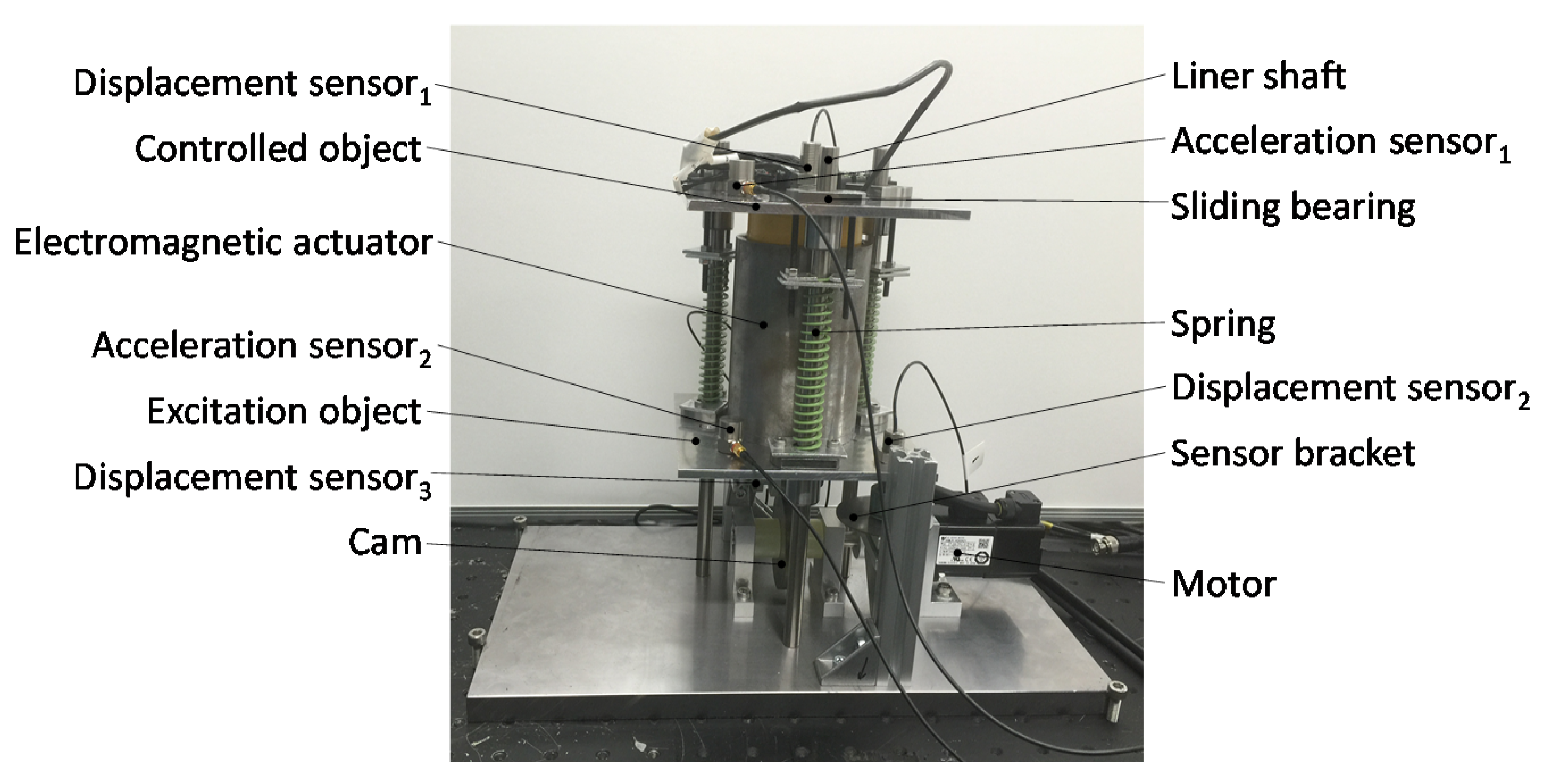 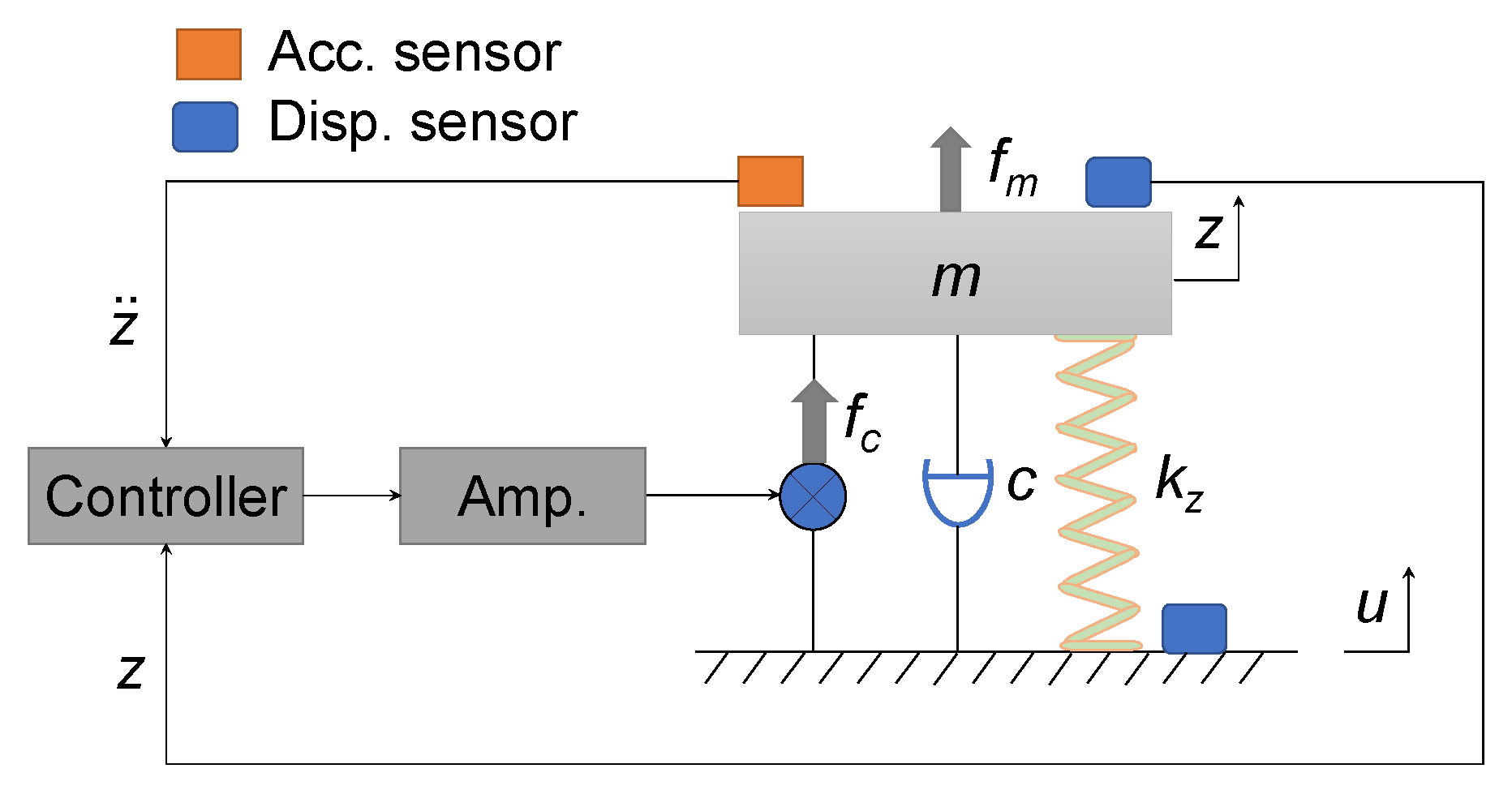 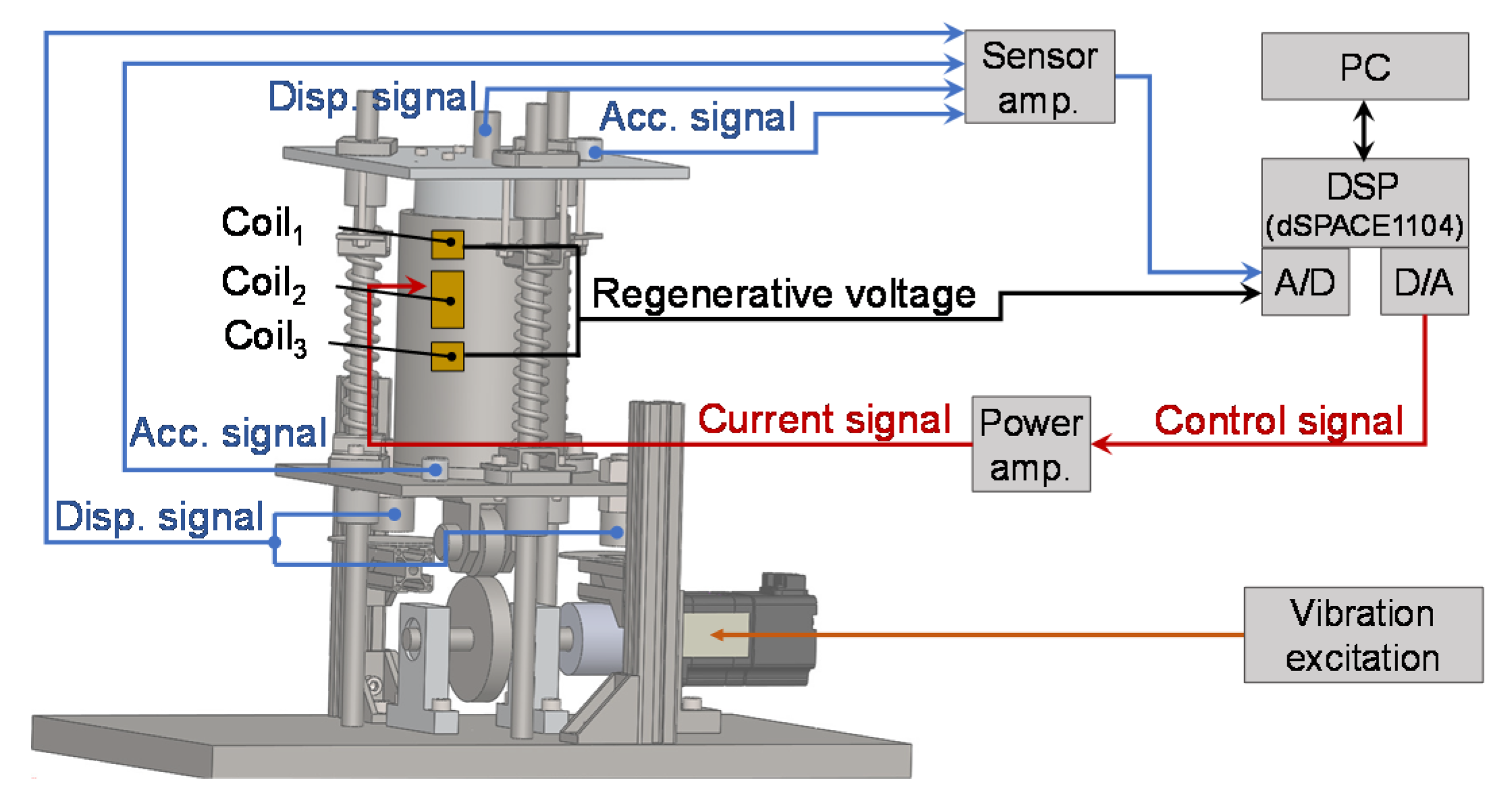 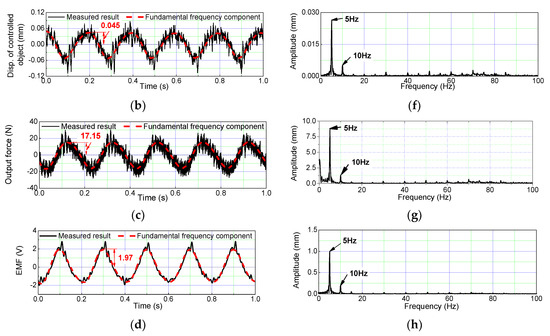 Table 7. Parameters of the position loop.
Table 7. Parameters of the position loop.
© 2020 by the authors. Licensee MDPI, Basel, Switzerland. This article is an open access article distributed under the terms and conditions of the Creative Commons Attribution (CC BY) license (http://creativecommons.org/licenses/by/4.0/).
We use cookies on our website to ensure you get the best experience. Read more about our cookies here.
Accept
We have just recently launched a new version of our website. Help us to further improve by taking part in this short 5 minute survey here. here.
Never show this again