The Design, Kinematics and Torque Analysis of the Self-Bending Soft Contraction Actuator
Previous Article in Journal

Chopsticks are a popular tool used every day by 1.5 billion people to pick up pieces of food of different sizes and shapes. Given that the use of chopsticks requires sophisticated muscle control, they are difficult to use for unskilled people. In this study, a chopstick robot that uses a new soft actuator was developed. Firstly, we developed an X-shaped soft actuator and tested its performance. When a voltage was applied to the actuator, the gap in the X shape was reduced by the resulting electrostatic force. Conversely, when the power was turned off, the actuator recovered its original shape owing to the elasticity of its material. We attached the X-shaped soft actuator between the chopsticks. The chopstick robot, controlled by the input voltage, can pick up various objects in the switched-on state and is able to release them when switched off. We tested the performance of the chopstick robot and analyzed the forces acting on the chopsticks. The robot can be used for picking up various objects. Moreover, the X-shaped actuator can be adapted for use in various studies, through different shapes and configurations.
Keywords: soft actuator; electrostatic actuator; chopstick soft actuator; electrostatic actuator; chopstick

The fabrication mold for the X-shaped actuator was designed using Solidworks software (Dassault Systemes Solidworks Corp., Waltham, MA, USA). The design mold was made of a main part (VisiJet M3 Crystal, 3D Systems Inc., Rock Hill, SC, USA) and supporter (VisiJet S300, 3D Systems Inc., Rock Hill, SC, USA) materials with a 3D printer (ProJet HD3500, 3D systems Inc., Rock Hill, SC, USA) (Figure 2a). After printing, the mold was heated at 60 °C for 6 h in a convection oven (DCF-31-N, Dae Heung Science, Incheon, Korea) to melt the supporter material. Then, the melted supporter was completely removed from the mold and the mold was put in an oil bath of an ultrasonic cleaner (Sae Han Ultrasonic Co., Seoul, Korea) (Figure 2b). After washing and drying, a release agent (Ease release 200, Smooth-On, Inc., East Texas, PA, USA) was sprayed on the mold surface to prevent the silicone from sticking to the mold. The sprayed release agent was dried at 24 °C for 2 h.
After manufacturing the mold, the silicone was fabricated to create the X-shaped structure. First, Ecoflex 0030 part A (Smooth-On, Inc., East Texas, PA, USA), Ecoflex 0030 part B (Smooth-On, Inc., East Texas, PA, USA), and a platinum silicone cure accelerator (Plat-cat, Smooth-On, Inc., East Texas, PA, USA) were properly mixed in the ratio of 1:1:0.04 following the manufacturer’s guide. The mixture was vacuumed to remove air bubbles. Then, it was slowly poured into the mold and cured at approximately 24 °C for 2 h (Figure 2c). The X-shaped specimen was carefully separated from the mold using tweezers, after solidification (Figure 2d).
A 2.5 cm × 1 cm carbon conductive adhesive tape (Nisshin EM Co., Ltd., Tokyo, Japan) was attached to the right half of the curved surfaces of silicone with wires (Figure 3). Polyethylene terephthalate (PET) film (Saehan, Paju, Korea) and a copper tape (1181, 3M, Saint Paul, MN, USA) was cut into sizes of 7 cm × 2 cm and 5 cm × 1 cm, respectively. Then, the top and bottom of the copper tape were covered with two PET films. We connected wires to supply input voltage to the copper tapes. Two of these copper tapes with PET films were attached to the top and bottom of the X-shaped silicone.

We attached the X-shaped actuator between the chopsticks. When the voltage input was applied to the X-shaped actuator, the gap between the chopsticks became narrower (Figure 10). On the other hand, when the voltage was turned off, the electrostatic attraction disappeared and the elasticity of the actuator resulted in recovery of its original shape. Therefore, it was possible to recover its original shape again. The chopstick robot was closed within 0.9 s and opened within 0.5 s due to the voltage applied.
We tested the chopstick robot by attempting to hold various objects (Supplementary Video S1). The robot grasped a 10 mm × 10 mm × 10 mm cube made of paper (Figure 11a). In addition, the robot successfully grasped a rubber band and a silicone plate, with a radius of 10 mm and a thickness of 2 mm, respectively (Figure 11b,c). The chopstick robot holds an object while the power is turned on, and immediately drops it when the power is turned off. It could also pick up a strand of hair (Figure 11d). Moreover, we have carried out hundreds of repeated experiments and the chopstick robot performed well repetitively, without any structural modifications or problems.

The following are available online at https://www.mdpi.com/2076-0825/9/2/32/s1, Video S1: Chopstick robot driven by soft actuator: a supplementary video showing the motion of the chopstick robot when an electrostatic force is applied in the switched-on state.

This work was supported by the KIST flagship program under Project 2E30280 and the Technology Innovation Program for Development of robotic work control technology capable of grasping and manipulating various objects in everyday life environment based on multimodal recognition and using tools funded by the Ministry of Trade, Industry and Energy under grant number 20001856.

We gratefully thank Chohee Kim for supporting us with drawing the schematics. 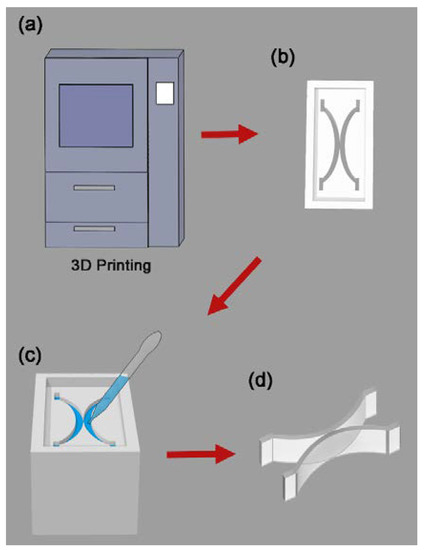 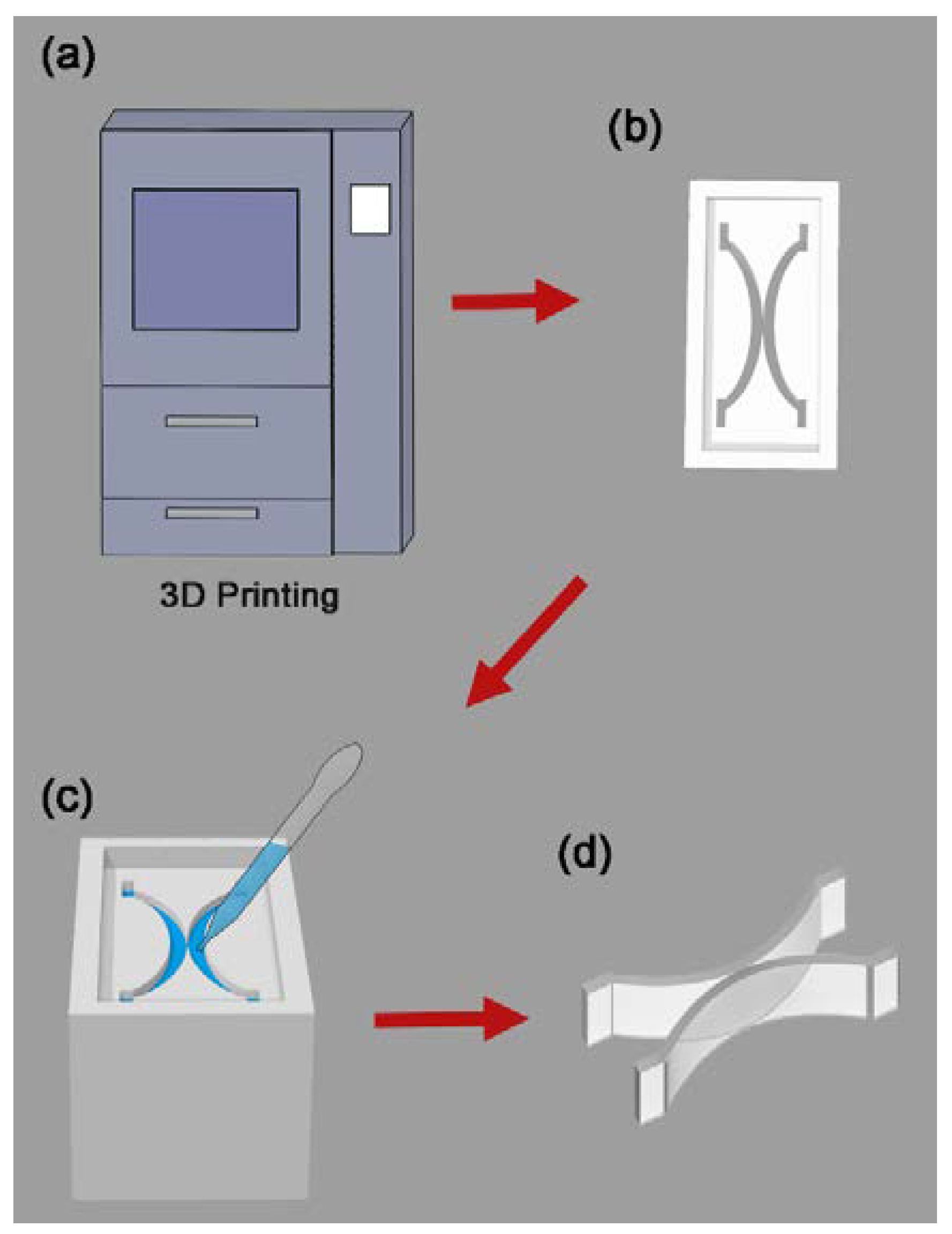 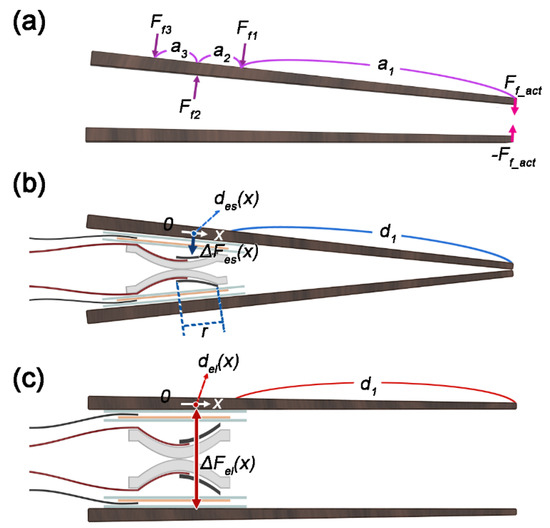 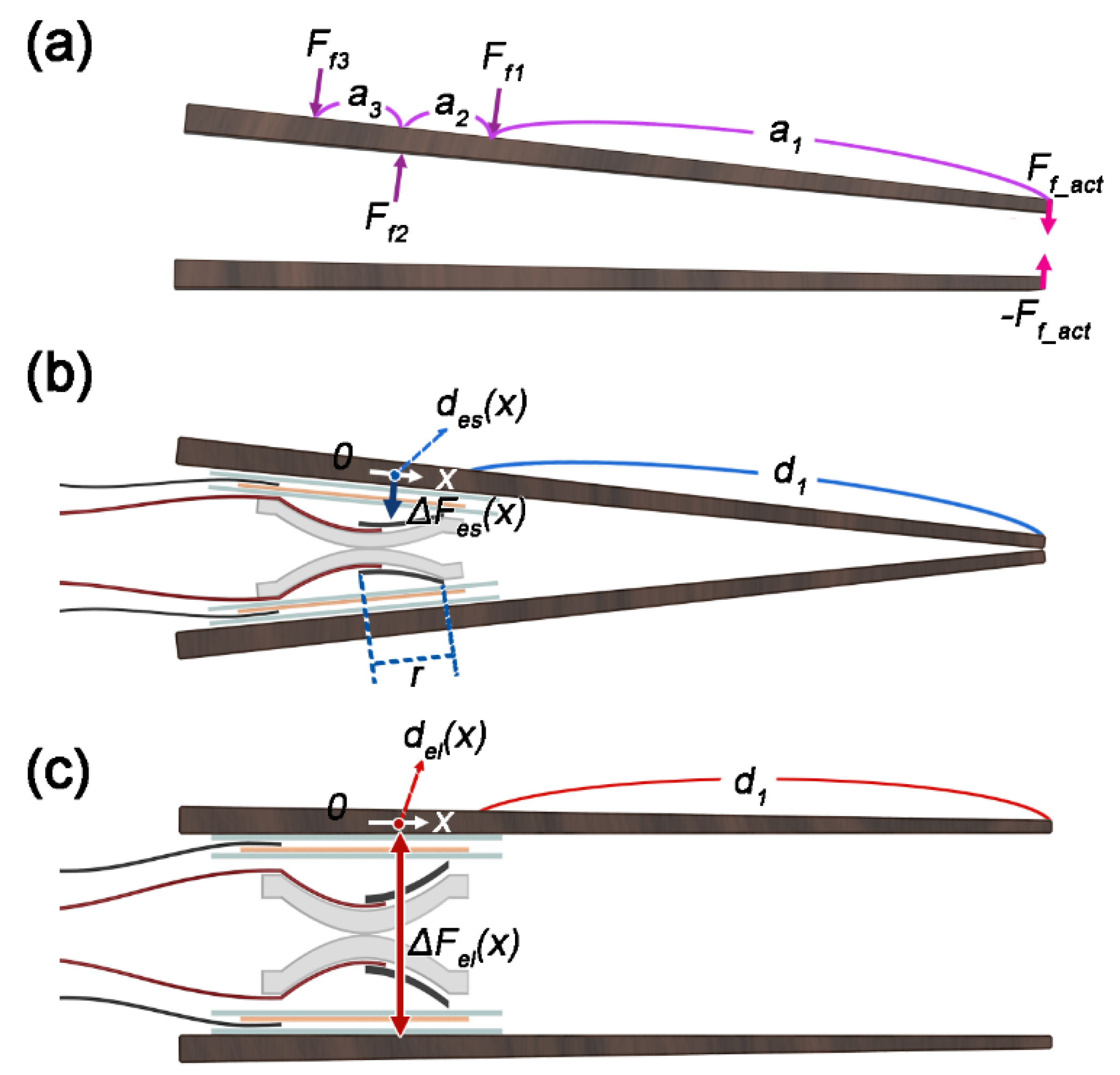 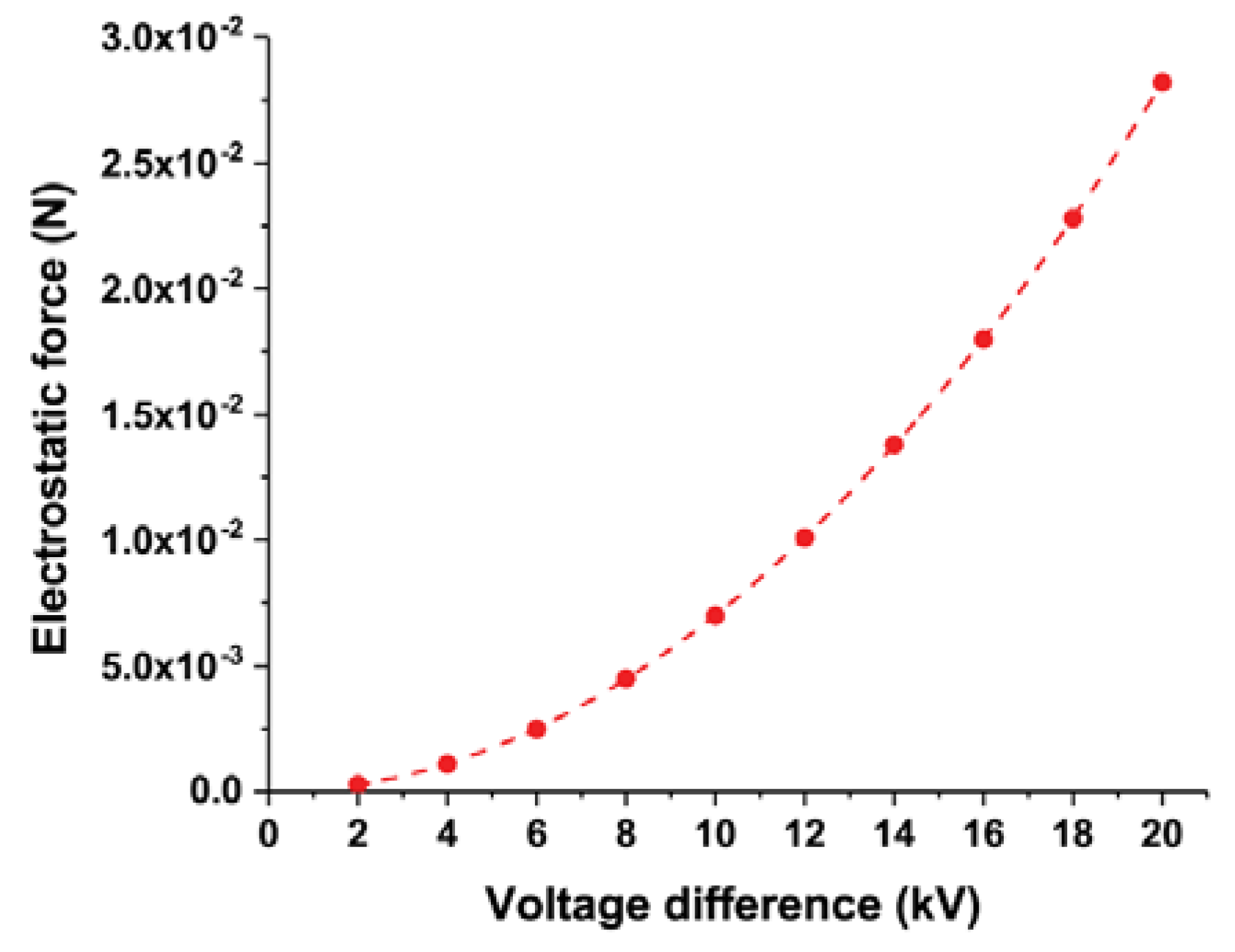 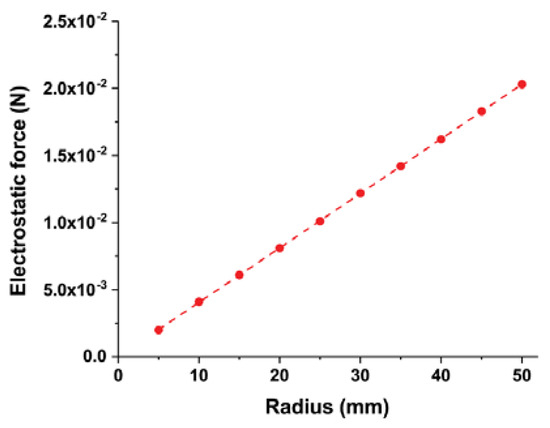 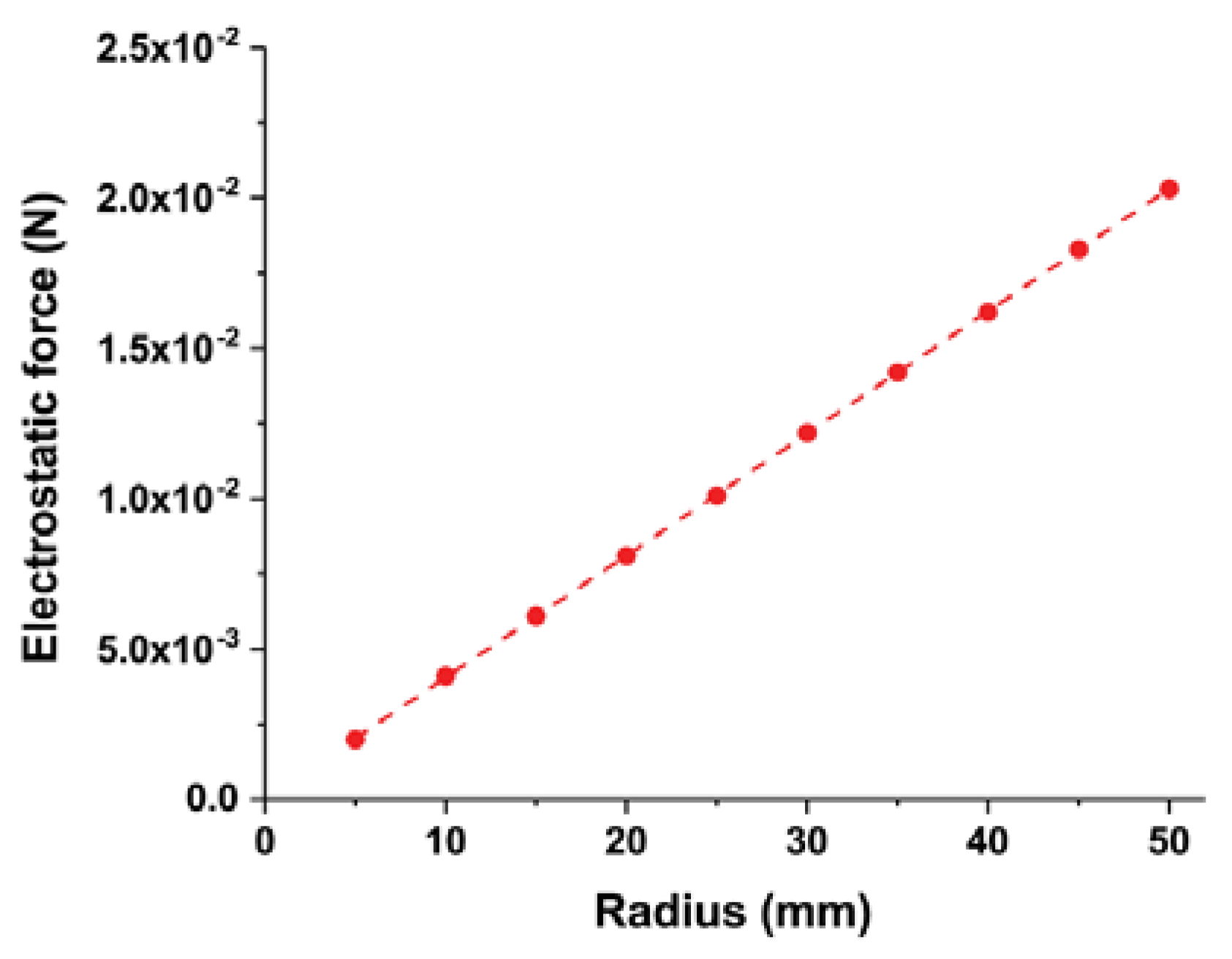 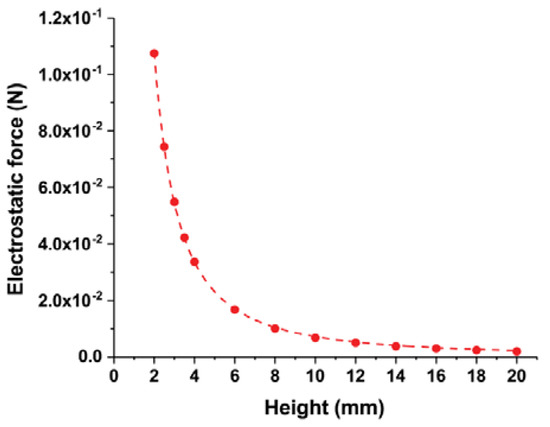 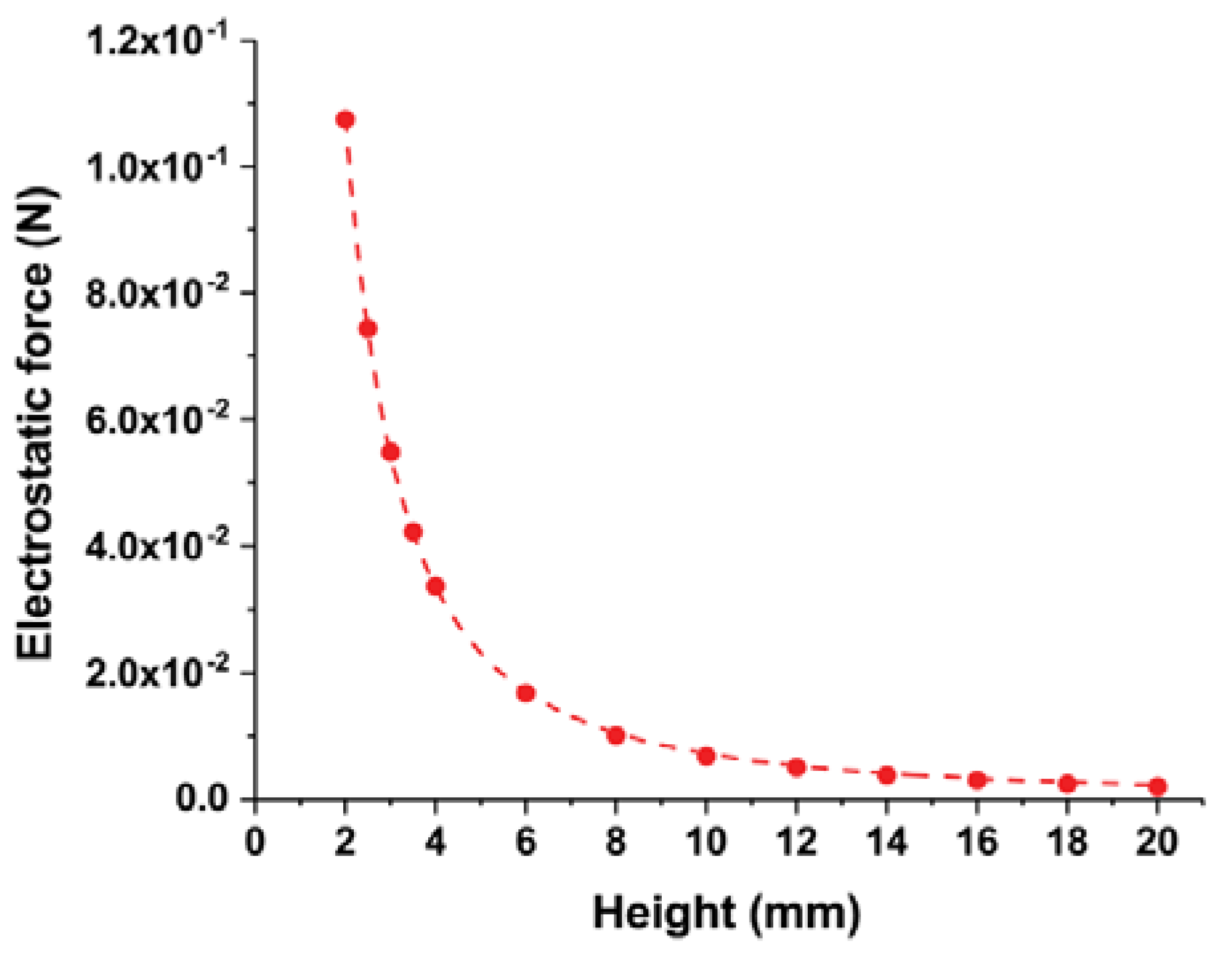 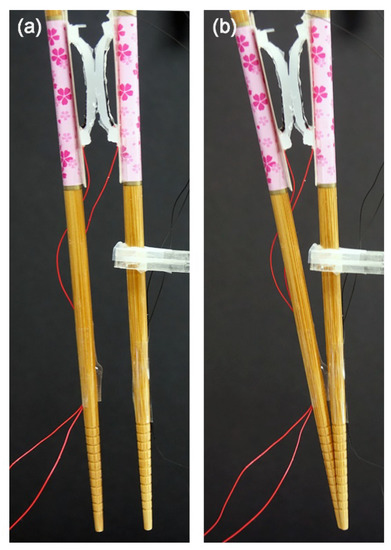 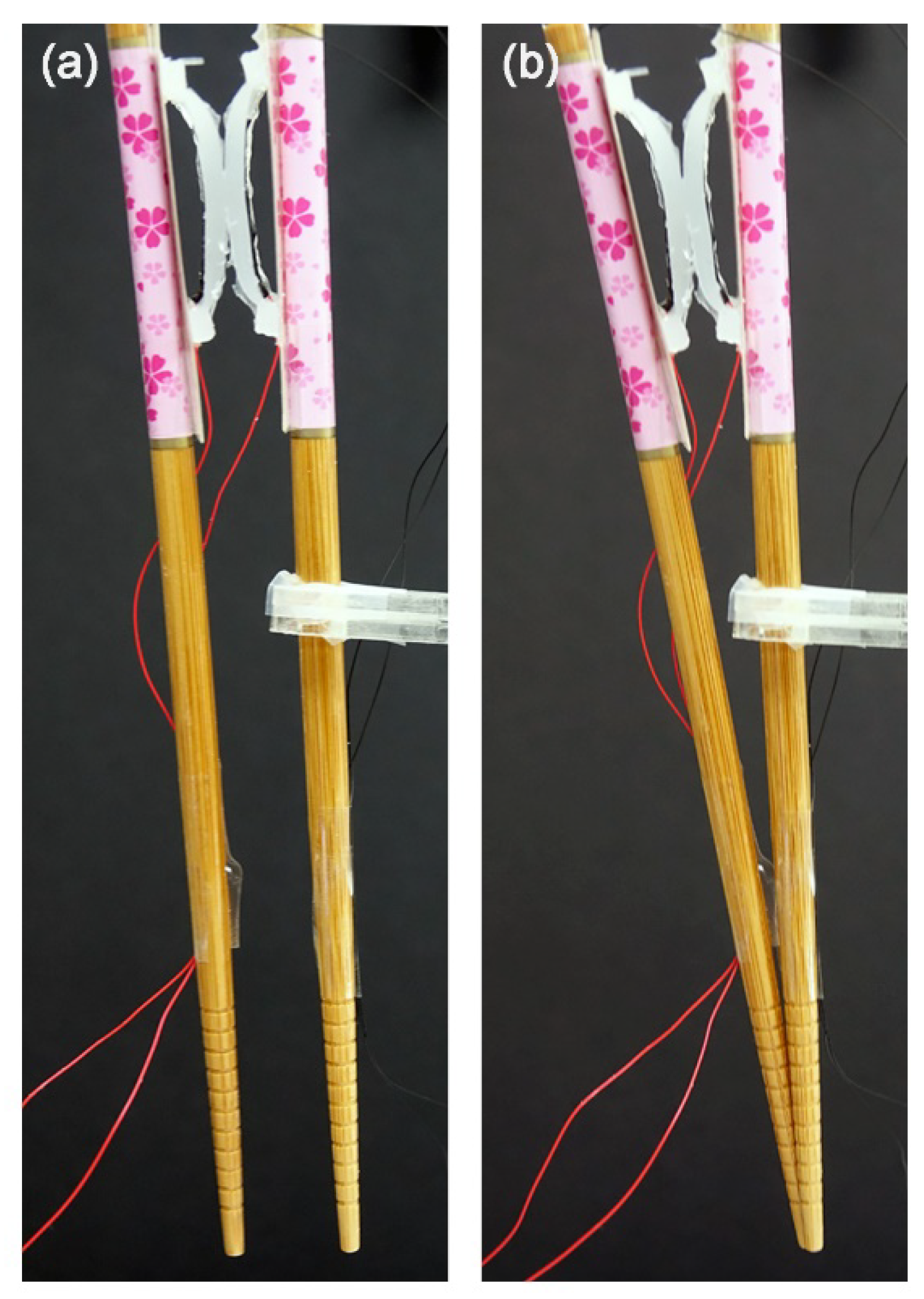 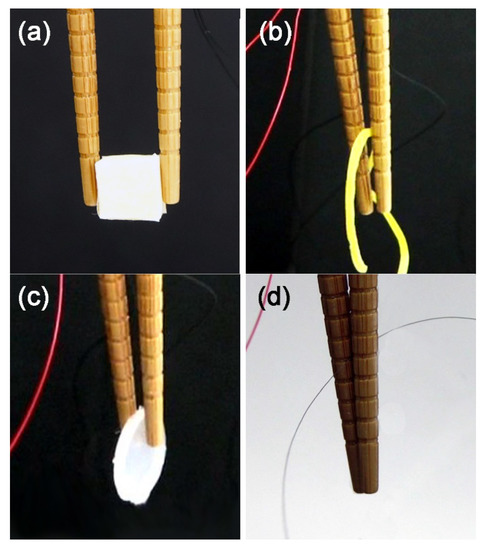 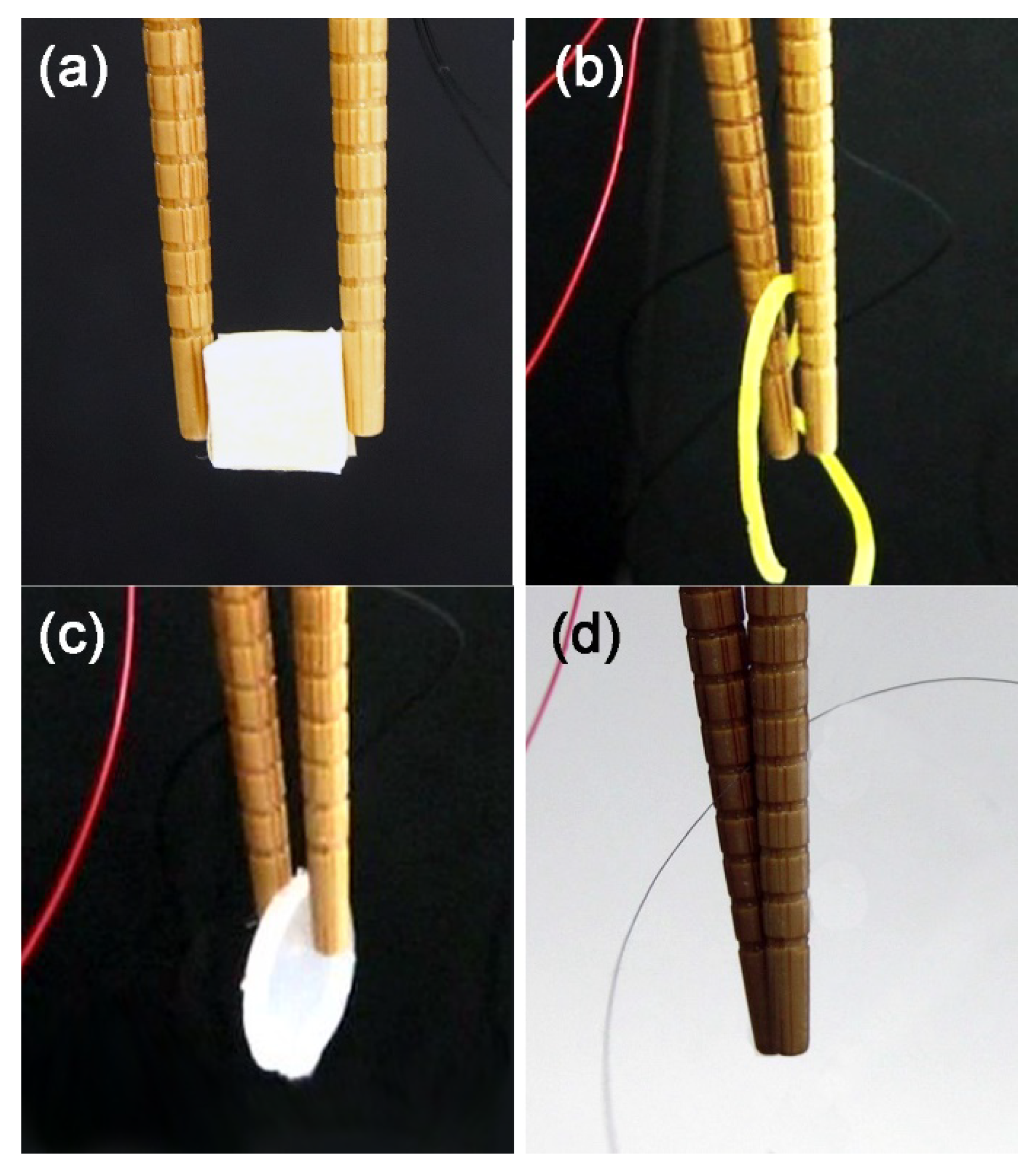 Table 1. Parameters for electrostatic force calculation.
Table 1. Parameters for electrostatic force calculation.
© 2020 by the authors. Licensee MDPI, Basel, Switzerland. This article is an open access article distributed under the terms and conditions of the Creative Commons Attribution (CC BY) license (http://creativecommons.org/licenses/by/4.0/).
We use cookies on our website to ensure you get the best experience. Read more about our cookies here.
Accept
We have just recently launched a new version of our website. Help us to further improve by taking part in this short 5 minute survey here. here.
Never show this again