Prevalence, Intensity, and Correlates of Soil-Transmitted Helminth Infections among School Children after a Decade of Preventive Chemotherapy in Western Rwanda 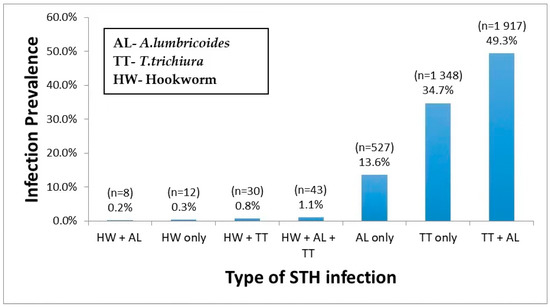