Comment on Sah et al. Monkeypox and Its Possible Sexual Transmission: Where Are We Now with Its Evidence? Pathogens 2022, 11, 924
Previous Article in Journal

Acceptance towards Monkeypox Vaccination: A Systematic Review and Meta-Analysis

Monkeypox is considered a viral re-emerging zoonotic disease. This threat was declared a Public Health Emergency of International Concern, after meetings of the Emergency Committee under the International Health Regulations, by the World Health Organization, on 23 July 2022 [1,2]. Up to 25 October 2022, there have been reported 75,885 confirmed cases, 74,994 in more than 101 countries not previously reporting monkeypox [3,4,5,6]. Although in most cases, the disease is self-limited [6,7], some patients may evolve due to risk factors to complicated forms and severe illness that may lead to fatal outcomes [3,8]. In 2022, a total of 34 deaths, 21 in countries not considered endemic for monkeypox, have been reported. Therefore, in addition to enhanced case definition, clinical, epidemiological, molecular and genomic surveillance, education, and prevention are critical for disease control [9,10]. That also includes the use of vaccines against monkeypox in specific populations (e.g., LGBTI community and health care workers) under certain circumstances and approaches (e.g., ring vaccination) [11,12].
Globally, efforts to develop effective and safe vaccines are ongoing, with the already use of licensed vaccines being used in countries such as the United States, Canada, and the United Kingdom, among others, for high-risk populations. However, as occurred with SARS-CoV-2/COVID-19, to reach the appropriate vaccination coverage, the willingness to receive the vaccine from people is an essential aspect that vaccination programs should consider [13,14,15].
Even though vaccines are essential for controlling communicable diseases such as monkeypox [16,17], there are multiple motivations for reluctance to vaccines, including fear to their negative adverse effects, misinformation and its impact, or distrust of medical personnel or the health system, among others [18,19]. Likewise, sociodemographic factors such as age, sex, and geographical residence zone would be connected differently with vaccine disposition subject on the context where them are investigated [20,21]. During the multi-country outbreak, monkeypox surveys have identified vaccine-hesitant subgroups [22,23,24,25].
Vaccine hesitancy is not a new public health issue and predates the COVID-19 pandemic but also other emerging and re-emerging disease outbreaks, including monkeypox [26,27]. Thus, the current systematic review aims to estimate the prevalence of the vaccination intention for monkeypox. This information could target interventions to promote vaccination, especially among risk groups.

A short version of the protocol of this systematic review was uploaded to the International Prospective Register of Systematic Reviews (PROSPERO) [CRD42022363406]. The manuscript followed the Preferred Reporting Items for Systematic Reviews and Meta-Analyses (PRISMA) statement for reporting the results [28].

The search strategy was built using MeSH, Emtree, free terms and following the Peer Review of Electronic Search Strategies (PRESS) Checklist [29]. Afterwards, it was adapted for all the databases employed, and no date or language restrictions were applied. In addition, we developed a hand-search in preprints databases and the list of references of the included studies. Finally, the systematic search was performed on 20 September 2022, in the following databases: PubMed, Scopus, Embase, Ovid Medline, and Web of Science. The complete search strategy is attached as Supplemental Material (Table S1).

At least two authors independently screened all study selection and critical appraisal phases. The eligibility criteria included (i) cross-sectional studies assessing the (ii) prevalence of vaccination intention against monkeypox. We excluded narrative reviews, scoping reviews, systematic reviews, and conference abstracts. Duplicates were removed with EndNote 20.1© (Clarivate, London, UK) and Rayyan QCRI (Rayyan Systems Inc.©, Cambridge, MA, USA) [30]. The remaining references were exported to Rayyan for screening by titles and abstracts. After identifying the potential references to be included, two authors (J.R.U.-B. and A.A.-C.) independently assessed the full text of each one. Any conflict or discrepancy in any phase of the study selection process was resolved by consensus. Data extraction was independently performed by two authors (E.A.H-B. and E.A.A.B.) using a standardised data extraction sheet designed in Google Sheets© (Google, Mountain View, CA, USA). The following information was extracted: author, publication date, country, type of population, sample size, survey modality, the prevalence of vaccination intention, and prevalence of vaccination hesitancy.

2.4. Risk of Bias and Publication Bias

Two authors performed the quality assessment process independently (J.R.U.-B. and E.A.H.-B.). We used the adapted version of the Newcastle-Ottawa Scale for cross-sectional studies (NOS-CS). A score ≥7 stars were considered a low risk of bias, while a score <7 stars was considered a high risk of bias. The publication bias assessment was not performed as it is not recommended in proportional meta-analysis for the following reasons: (i) conventional funnel plots and Egger’s test are inaccurate for these analyses, and (ii) there is no evidence that proportions adjust correctly to funnel plots or Egger’s tests [31,32].

The statistical analysis was performed using STATA 17.0 © (StataCorp LLC, College Station, TX, USA). We conducted a pooled analysis of the prevalence of vaccination intention and vaccination hesitancy against monkeypox. The 95% Confidence Intervals (CI) for the proportions reported in each study were calculated using the Clopper-Pearson Method. The Freeman-Tukey Double Arcsine Transformation was used as the variance stabiliser. We used a random-effects model (Dersimonian and Laird) for the quantitative analysis. We assessed the between-study heterogeneity using Cochran’s Q test and the I2 statistic. Values equal to or greater than 60% were defined as high heterogeneity for the I2 statistic, and p-values < 0.05 were considered indicators of heterogeneity in Cochran’s Q test. In addition, we carried out subgroup analysis by continents and population groups and a sensitivity analysis excluding those studies with a high risk of bias.

A total of 302 articles were identified through systematic and manual searches. Of these, 105 articles remained after eliminating 197 duplicate records. Finally, a careful assessment of the complete texts found 11 studies that fully complied with the eligibility criteria [33,34,35,36,37,38,39,40,41,42,43]. The detailed flow chart of the literature selection is shown in Figure 1.

The characteristics of the included studies are summarized in Table 1. All the included studies were of cross-sectional design. A total of 8045 participants were included, of whom 4855 were men and 3300 were women. The studies were published between 2020 and 2022. Two studies were carried out in Indonesia, two in Saudi Arabia, one in Iraq, one in the United States, one in the Netherlands, one in the United Kingdom, one in Nigeria, one in Italy, and one in France and Belgium. The age of all participants ranged from 18 to 57 years. All the questionnaires were administered through an online survey and developed in different populations, such as the general population, healthcare workers, and the LGBTI community.
The NOS was used for the quality assessment of the studies (see Supplementary Material Table S2). Two studies were at high risk of bias, and nine were at low risk.

Despite the high rate of monkeypox vaccination acceptance in the LGBTI community found in our study, the prevalence of vaccination from healthcare workers and the general population is lower. Governments could use these results for designing, developing or promoting vaccination approaches and public health policies focused on these vulnerable and at-risk populations. Immunoprevention remains an essential public health intervention to prevent disease and probably transmission, even in monkeypox.

This research has been funded by Universidad Peruana de Ciencias Aplicadas through Grant A-023-2021. 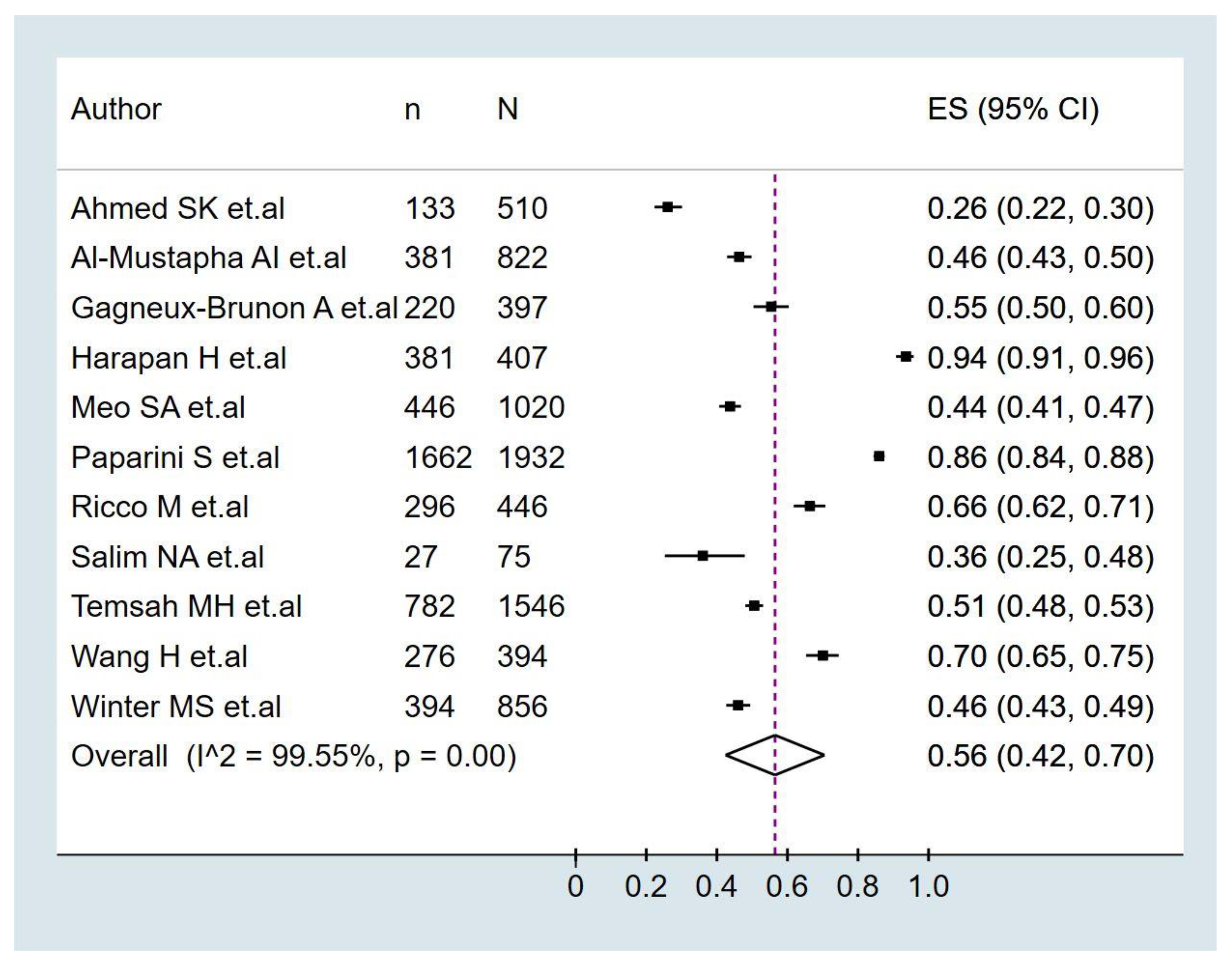 Table 1. Characteristics of the included studies.
Table 1. Characteristics of the included studies.
NR: Not Reported.
© 2022 by the authors. Licensee MDPI, Basel, Switzerland. This article is an open access article distributed under the terms and conditions of the Creative Commons Attribution (CC BY) license (https://creativecommons.org/licenses/by/4.0/).