“Its Own Concentred Recompense”: The Impact of Critical Disability Studies on Romanticism
Previous Article in Journal

The American Film Musical and the Place(less)ness of Entertainment: Cabaret’s “International Sensation” and American Identity in Crisis
Previous Article in Special Issue

National Trauma and Romantic Illusions in Percy Shelley’s The Cenci

New Formalism in the Classroom: Re-Forming Epic Poetry in Wordsworth and Blake

Recent years have seen a resurgence of interest in “New Formalism,” a close attention to textual language and structure that departs from the outdated and regressive stances of old formalisms (especially “New Criticism”) by interrogating the connections between form, history, and culture. This article surveys the contributions of New Formalism to Romanticism studies and applies its techniques to two canonical texts, suggesting that New Formalism is useful both for literary criticism and teaching literature. Opening with a survey of New Formalist theory and practices, and an overview of the theoretical innovations within New Formalism that have been made by Romantic scholars, the article applies New Formalist techniques to William Wordsworth’s Prelude and William Blake’s Milton: a Poem. Often read as poems seeking to escape the dispiriting failure of the French Revolution, these texts, I argue, engage the formal strategies of epic poetry to enter the discourse of the period, offering competing ways to conceive of the self in relation to history. Written during the Romantic epic revival, when more epics were composed than at any other time in history, these poems’ allusive dialogue with Paradise Lost and with the epic tradition more broadly allows them to think through the self’s relationship to the past, a question energized by the Revolution Controversy. I explore how Wordsworth uses allusion to link himself to Milton and ultimately Virgil, both privileging the past and thereby asserting the value of the present as a means of reiterating and restoring it; Blake, in contrast, alludes to Milton to query the very idea of dependence on the past. These readings are intertwined with my experiences of teaching, as I have employed New Formalism to encourage students to develop as writers in response to texts. An emphasis on form provides students with concrete modes of entry into discussing literature and allows instructors to help students identify and revise the forms and structures of their own writing in response to literature. View Full-Text
Keywords: Romanticism; epic poetry; formalism; new formalism Romanticism; epic poetry; formalism; new formalism
►▼ Show Figures 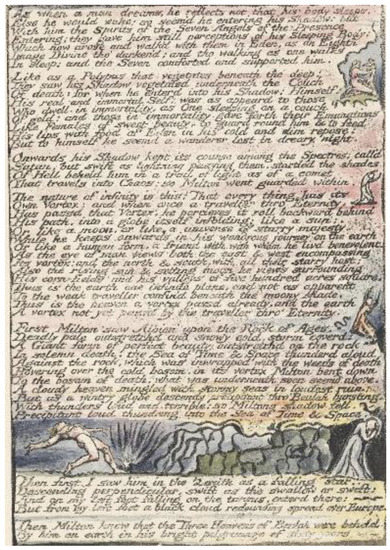