Lux et Tenebris? Coloniality and Anglican Missions in Argentine Patagonia in the Nineteenth Century
Next Article in Special Issue

Enshrining Gender in Monuments to Settler Whiteness: South Africa’s Voortrekker Monument and the United States’ This Is the Place Monument
Previous Article in Journal

This article provides a decolonial feminist analysis of Latinx artist Scherezade García’s most recent portable mural, Blame it on the bean: the power of Coffee (2019), created for and installed in the café and library of The People’s Forum, a “movement incubator for working class and marginalized communities” and “collective action” in the heart of Manhattan. This artwork depicts three allegorical women convening over cups of coffee, one of which has precariously overflowed onto a miniaturized portrait of Napoleon Bonaparte, whose undoing was said to have been facilitated by his excessive indulgence in coffee and other commodities of empire. Historically, coffee production was bound to imperial plantocracies, enslavement, and patriarchal networks; today, the industry remains a continued site of oppression and erasure for female workers around the globe. By placing this mural in conversation with the portable material economies of the Caribbean, the gendered history of coffee production and consumption, and the history of female representation in art, this article argues that the mural dismantles heteropatriarchal conventions precisely by invoking café culture—the very mode of social performance that García’s work critiques. In so doing, García subverts the problematically gendered and racialized heritage of coffee with a matriarchal Afrolatinidad that, in the artist’s words, “colonizes the colonizer.”
Keywords: contemporary art; Caribbean; feminism; decolonial theory; coffee; colonialism; public art contemporary art; Caribbean; feminism; decolonial theory; coffee; colonialism; public art

This article provides an in-depth analysis of a previously unexamined mural by the renowned Dominican-American artist Scherezade García (b. 1966), Blame it on the bean: the power of Coffee (2019; hereafter referred to as Blame … Coffee), which was recently commissioned for the café and library of the New York City community space known as The People’s Forum. Through an examination of this portable mural, I argue that García aligns her artistic praxis with the decolonial feminist theory María Lugones defines as the modern/colonial gender system. Amid the homogenous landscape of urban cafes that today populate New York, this mural intervenes to problematize the colonial and gendered values engrained through the history of coffee production and café culture. I suggest that through this work, García maps a feminist lens onto her critical vision of coloniality. As this article discusses, café culture organizes communities but also emboldens exclusionary, gendered tactics that have long afforded privilege to heteropatriarchal society while erasing women of color from the public sphere. By placing García’s mural in conversation with the portable economies prevalent in Caribbean arts, decolonial feminist theory, the gendered history and politics of café culture, and the history of female representation in art, this article demonstrates how Blame … Coffee dismantles heteropatriarchal conventions precisely by invoking café culture—the very mode of social performance that García’s work critiques. In so doing, García subverts the problematically gendered and racialized heritage of coffee with a matriarchal Afrolatinidad that, in the artist’s words, “colonizes the colonizer.”

2. Portable Material Economies of the Caribbean

5. A Seat at the Table: Subverting Art Historical Conventions

6. Portability and Belonging in the Dominican Diaspora

Before concluding, I wish to further situate García’s decolonial feminist praxis within a distinctly Dominican-American discourse by turning to the work of Dominicanyork artist, performer, and writer Josefina Báez (b. 1960). Báez, a contemporary of García’s, stands as another formative voice in the evolution of feminist artistic praxis in the Dominican diaspora. By briefly examining the artistic frameworks articulated by Báez’s work, I seek to clarify and specify my application of María Lugones’s scholarship to the distinct interstices that comprise Dominican diasporic female belonging. Báez’s renowned work Dominicanish, first performed in 1999 and published as a “performance text” in 2000 (see Durán-Almarza 2011), profoundly demonstrates the perpetual struggle of diasporic belonging—being neither from here nor from there. Báez stands alone on the stage, darting between various accents and pronunciations of mundane words like “comfortable” and “vegetable,” whose socio-cultural utterances seem to shift with each inflection. As the performance progresses, Báez’s words and movements become increasingly removed from any locus of enunciation. As she layers the dialog with choreography from across the globe, Báez wholly confounds the impetus to lay claim to points of origin.
Báez makes known her ability to inhabit a syntactically pluralist being, never embodying any singular self for too long before traveling onward to the next voice, the next consciousness. As Lorgia García-Peña writes in her analysis of Báez’s work, the artist identifies the diasporic state of being and belonging through the term El Nié, an abbreviation for the phrase “ni es una cosa, ni es la otra” [it is neither one thing, nor another] (García-Peña 2016, pp. 172–73), which Báez first used in her performative text Levente no. Yolayorkdominicanyork (2011). Akin to Gloria Anzaldúa’s Chicana border gnosis of nepantla (Anzaldúa 1987), García-Peña defines Báez’s notion of El Nié as a self-aware embodiment of the modern/colonial gender system: “The symbolic space of El Nié expands our understanding of borders; it displaces the location and polarity of the nation-border, instead proposing the body as the location that contains and reflects national exclusion (borders) across history and generations” (García-Peña 2016, p. 5). In short, Báez’s conception of self and community, subject and object, emerges not from geopolitical parameters, but rather from the technology of the body itself, and from an understanding of the body as an itinerant, portable, vessel.
The concept of El Nié lends Dominican-American specificity and consciousness to Caribbean discourses of “archipelagic thinking,” (Glissant 1989; Benítez-Rojo 1992; also see Paravisini-Gebert 1997), but it also complicates these frameworks through the feminine perspective that María Lugones identified as “world-travelling” (Lugones 1987). For Lugones, the practice of migrating across various “worlds” serves as a gesture of love, care, and enrichment both at the level of the individual woman—in the writer’s words, “I am a plurality of selves” (14)—and as the fabric of a generative interpersonal and female-centered network. Like Báez, Lugones brings archipelagic thinking into the feminine realm by writing her personal narrative into the framework and, by extension, making space for émigré women of color who struggle to locate sites of belonging. By reimagining her being as the occupation of multiple worlds, Lugones finds a path for love of oneself and love of another through the shared understanding that diasporic women of color can neither wholly inhabit nor lay claim to any singular world; rather, one must claim citizenship to a complex universe of worlds. According to Lugones, affirmation of these matriarchal worlds becomes a tool to resist racism, which “has a vested interest in obscuring and devaluing” its construct (4). In this way, Lugones’s “world-travelling” framework operates as a strategy to combat, critique and ultimately de-link from the modern/colonial gender system. As a portable mural designed for its current site but also imbued with the technological potential to pivot to another context, Blame … Coffee literally and conceptually embodies the world-traveling ethos. The mural adamantly resists geographic and cultural fixity in all aspects of its material and conceptual being, a fact heightened by the oceanic, liquid interstices in which the figures of García’s composition appear suspended. The composition is not just portable in medium, but in concept. García rendered the work as such by design, stating that she desired the mural to be movable, and thus without an “absolute” site (Scherezade García, interview with author, 5 October 2020). By evading any singular narrative or interpretation, the work belongs everywhere and nowhere at once, but also, in many ways, is uniquely of the Americas.

In conclusion, this article argues that Scherezade García’s recent portable mural, Blame … Coffee, commissioned for the collective incubator and café The People’s Forum, utilizes the fraught histories of coffee and café culture as vehicles to disrupt and subvert the heteropatriarchal social order that has long dominated the public sphere. In so doing, this work gives visibility and agency to a matriarchal vision of Afrolatinidad that remains all-too-often excluded from, or veiled in, contemporary visual arts. The mural depicts three allegorical women who not only signify the colonial history and heritage of coffee, but also collectively dominate the miniaturized figure of Napoleon Bonaparte who languishes, without regard from the women above, into a liquid abyss of his own imperial excess. By emphasizing the seemingly mundane, but highly gendered and politicized, act of conversation as a tool to bridge differences and make change manifest, García privileges decolonial feminist strategies of relationality—a kind of embodied portability that evokes García’s Dominican diasporic heritage as well as the mural’s portable medium. This artistic praxis, I suggest, renders visible the problems and possibilities set forth by María Lugones’s notion of the “modern/colonial gender system,” which she defines as the entangled nexus of coloniality, race, and gender. García’s work brings to light the importance of the café as a flash point for communal feminist resistance. She challenges fundamental assumptions about belonging in the public sphere, subverting expectations about how women should be presented in the public eye and allowing complexity and multiplicity of matriarchal Afrolatinidad to live unresolved in the mind of the viewer. García’s practice thus firmly resides within the sphere of her artistic contemporaries who strive to dismantle art historical conventions, but it also distinguishes her diasporic vision of ways that movement and migration shape knowledge and being. Suspended in the nebulous “third space” of the café, García’s mural thus becomes a prophetic interlocutor, centering these allegorical, Baroque women as world and time travelers.

The author wishes to thank the supportive, talented female artists and scholars who helped bring this article to fruition. In particular, the author thanks Scherezade García for sharing her time, knowledge, and art. The author also thanks Leah Gordon for generous permissions to use her work. Finally, the author thanks her fellow members of the Apotropaic Collective, Gabriela Germaná, Amy Bowman-McElhone, and especially Jennifer Báez, who have contributed to the intellectual evolution of this article. 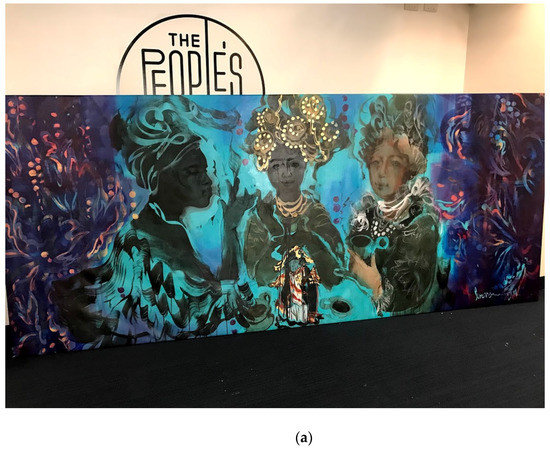 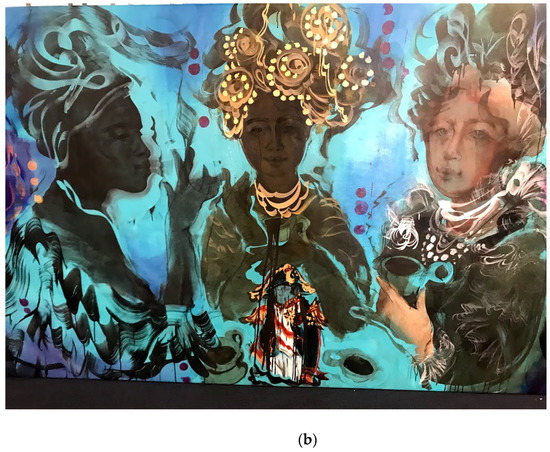 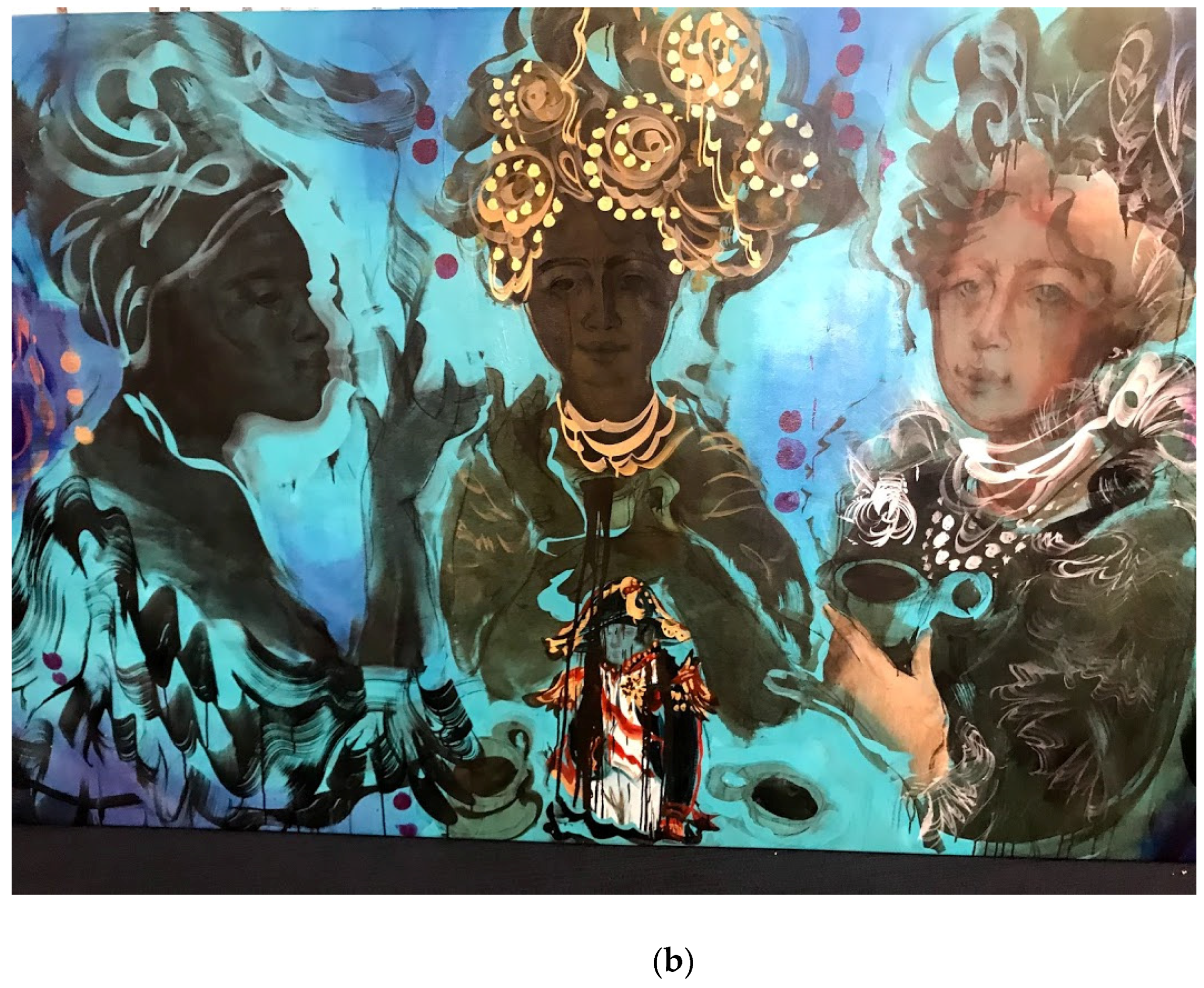 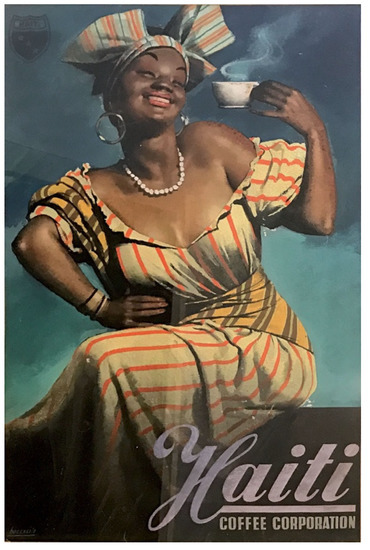 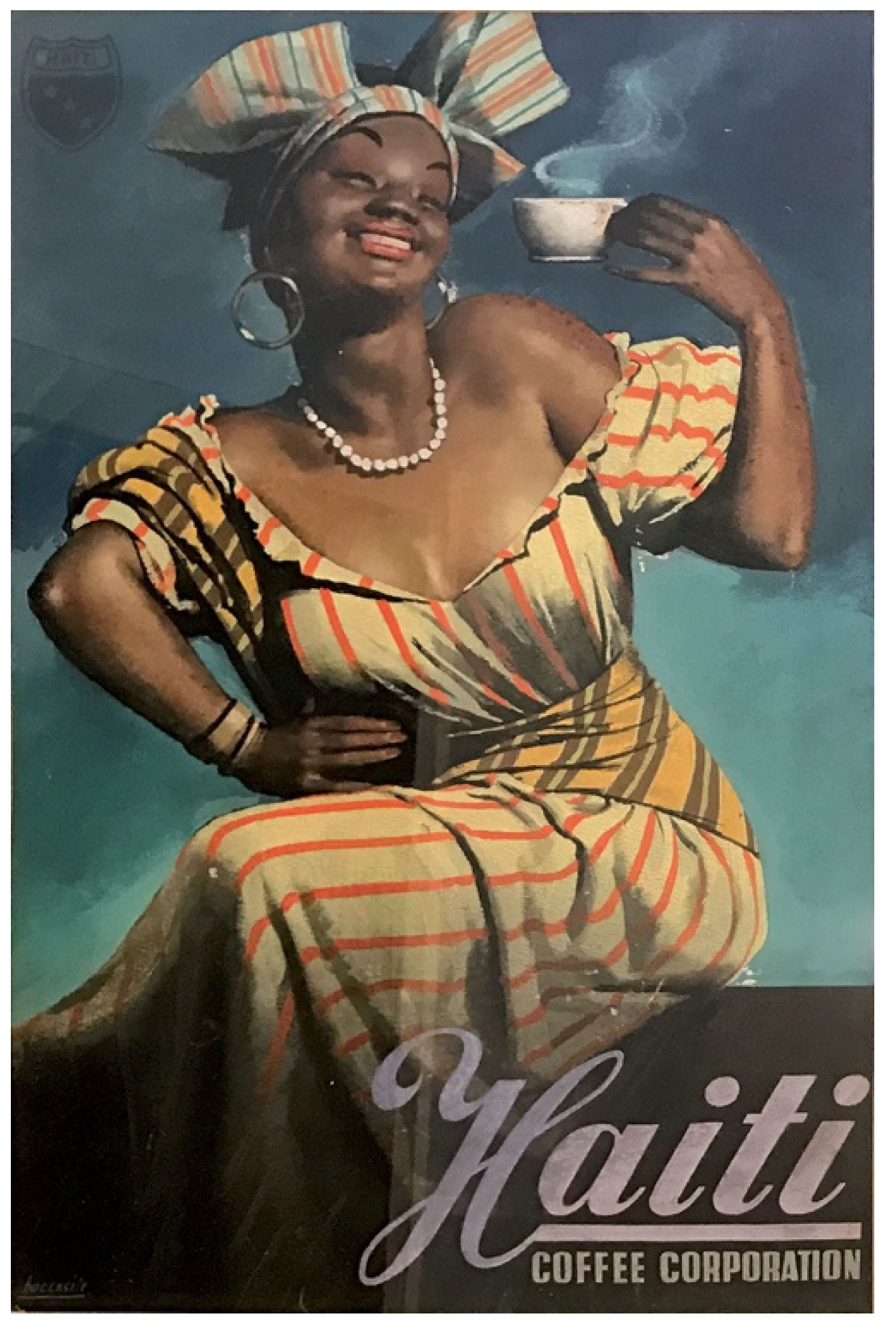 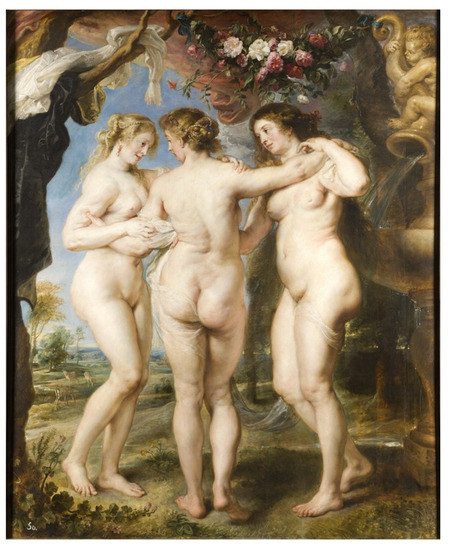 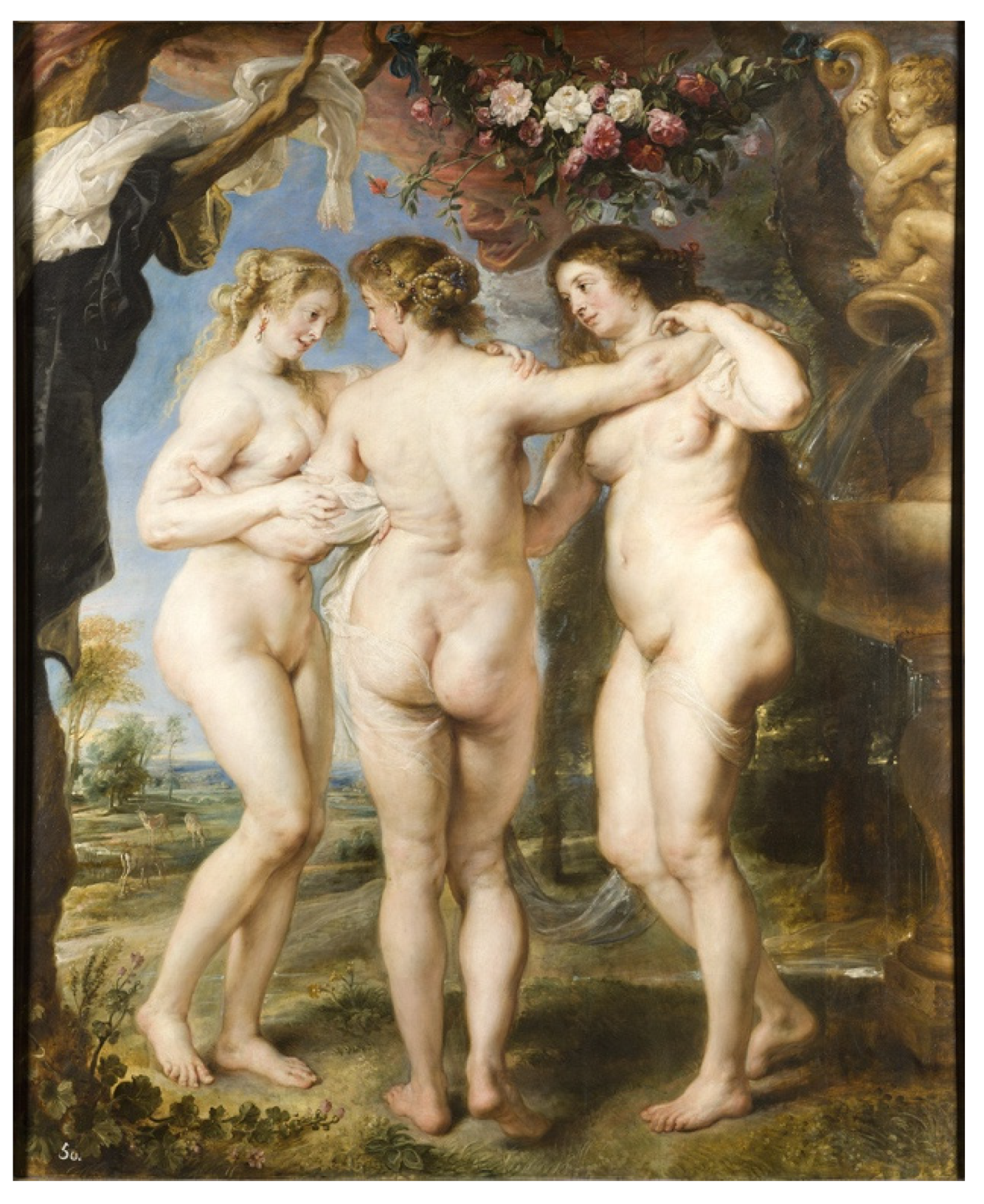 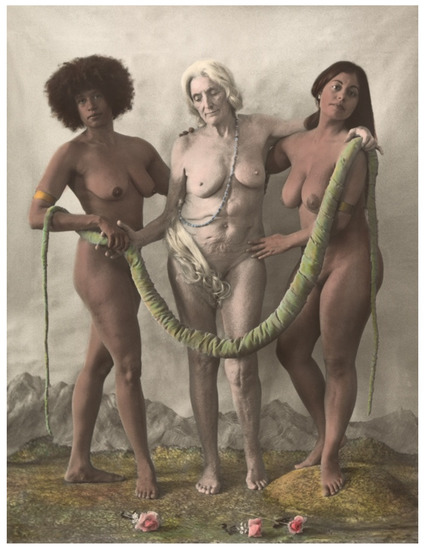 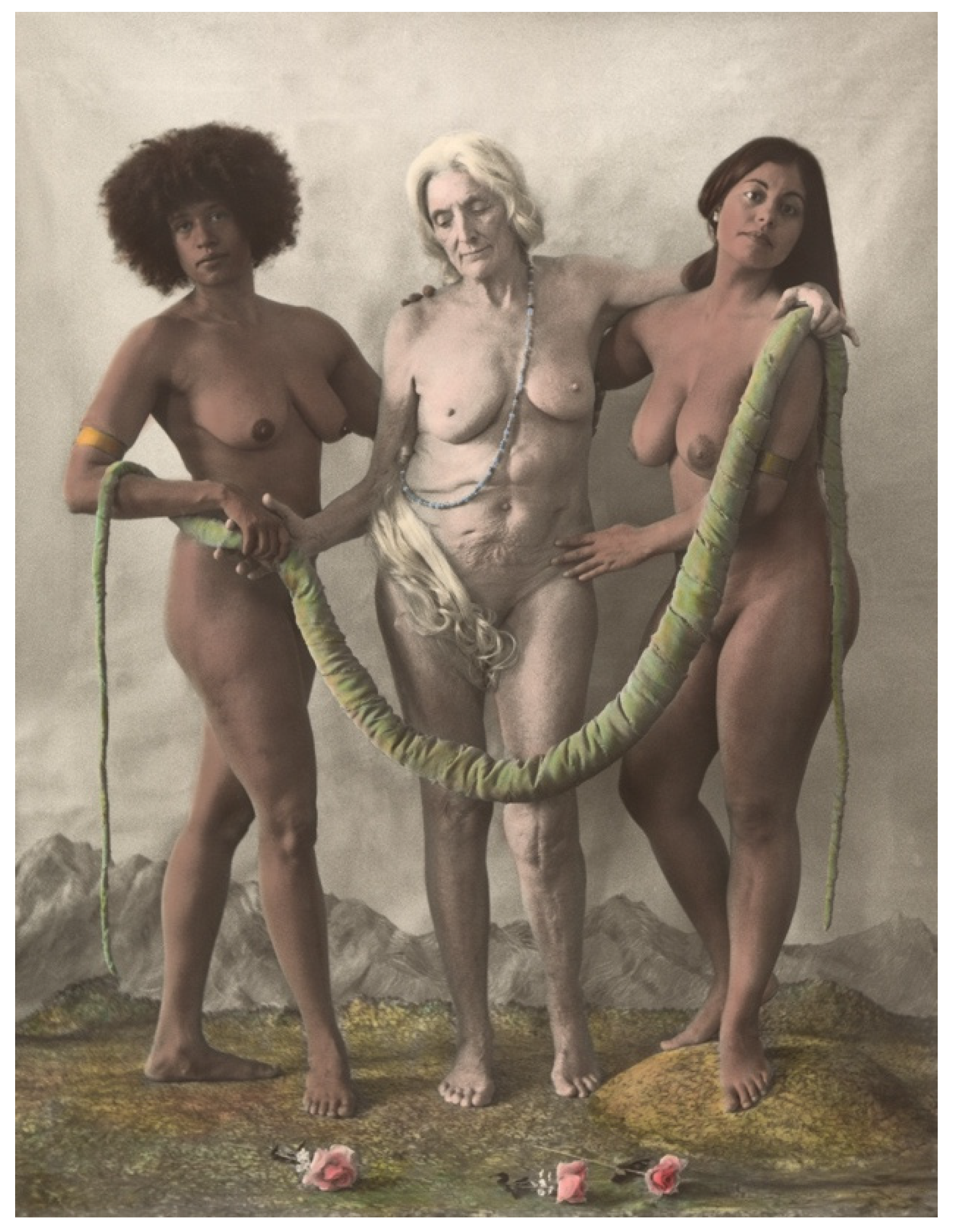 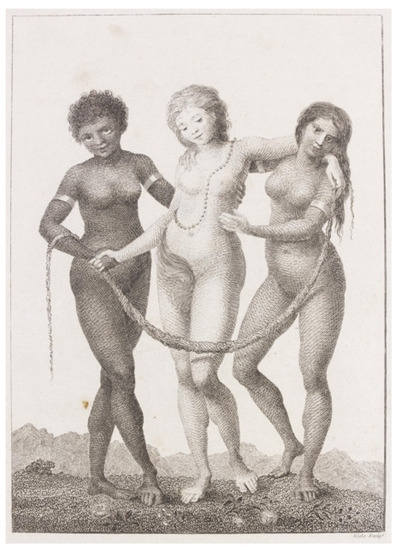 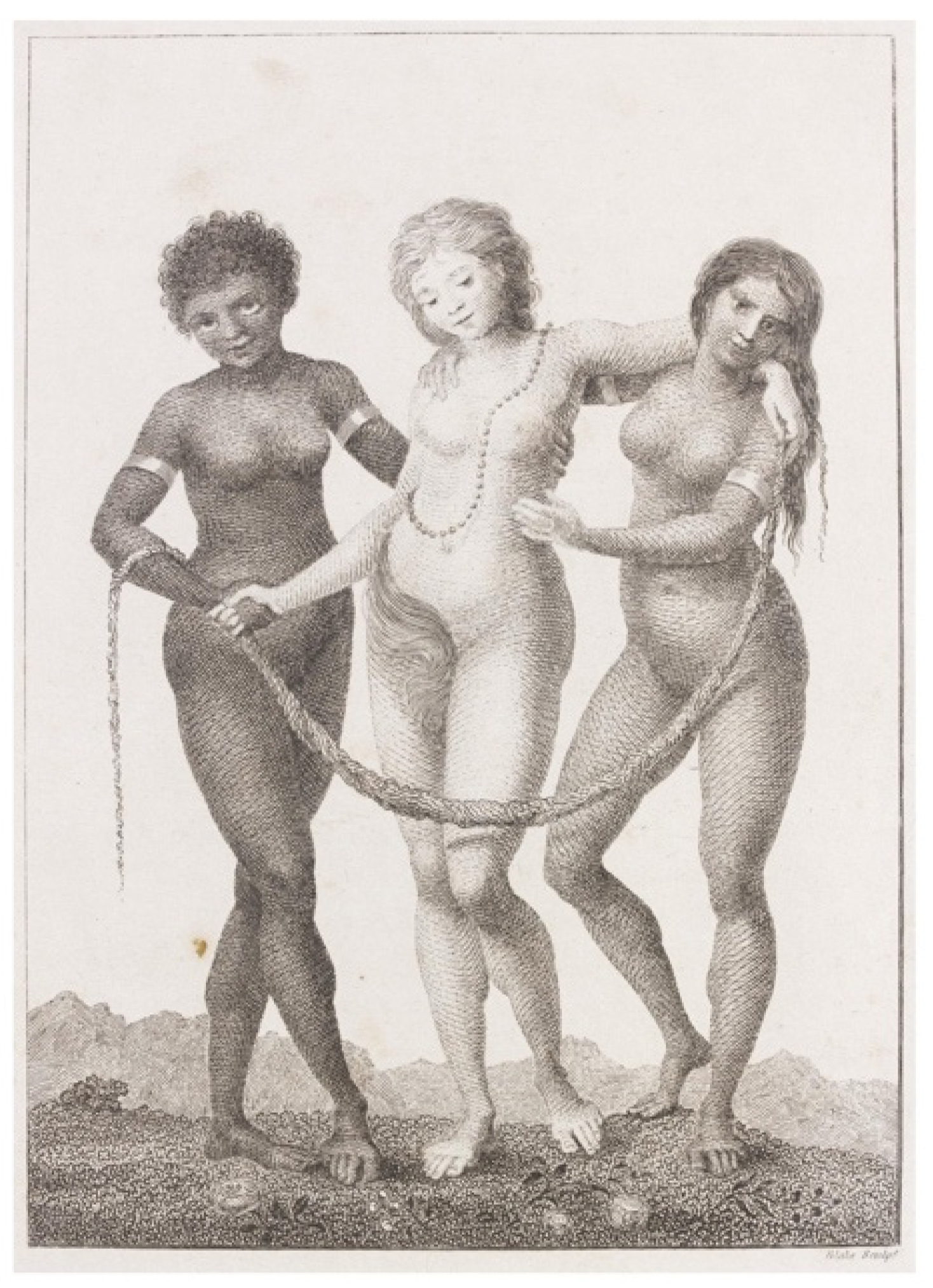