The Salt without the Girl: Negotiating Embodied Identity as an Agender Person with Cystic Fibrosis
Previous Article in Special Issue

Normative Shifts in the Global Conception of Climate Change: The Growth of Climate Justice

This article analyzes how young people in the climate justice movement cultivate a prefigurative culture centered on justice as a response to the threat of climate change. Employing grounded theory and drawing on data from in-depth interviews with 29 youth activists and participant observation in Santa Barbara County, California, the birthplace of both the environmental movement and offshore oil drilling, I argue that four key values—relationships, accessibility, intersectionality, and community—enable movement building, a stated goal of the climate justice movement. These values emerge from interviewees’ words and practices. Drawing on John Foran’s (2014) notion of political cultures of creation, I conceptualize these values and the practices that embody them as constituting a “climate justice culture of creation” that shapes and is shaped by ideas, experiences, social relations, and the reality of a changing atmosphere. These values, and movement building, are about creating alternative futures—cultures that are not dependent on inequality and fossil fuels. View Full-Text
Keywords: climate justice; social movements; youth; grassroots activism; political cultures; California climate justice; social movements; youth; grassroots activism; political cultures; California
►▼ Show Figures 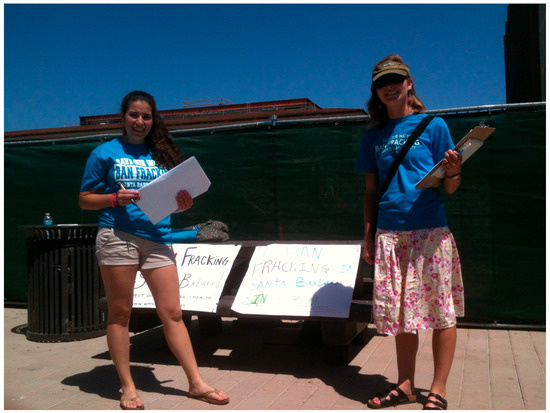