Postcolonial Reflection on the Christian Mission: The Case of North Korean Refugees in China and South Korea
Next Article in Special Issue

Angry and Alone: Demographic Characteristics of Those Who Post to Online Comment Sections
Previous Article in Journal

Netflix and Engage? Implications for Streaming Television on Political Participation during the 2016 US Presidential Campaign

A large body of existing research has consistently demonstrated that the use of social networking sites (SNS) by citizens in elections is positively related to different forms of both offline and online participation. The opposite argument, however, is often advanced with regard to increased viewing broadcast or cable television, particularly entertainment programming. This study proceeds from this broad vantage point by examining survey-based indicators of active SNS use and conventional television viewing in the 2016 presidential primaries, as well as the frequency of streaming television viewing during the early stages of this campaign. Data for this study was drawn from a representative nationwide online panel, and findings observed here suggest that more personalized communication through the ongoing morphology of social networking sites and streaming both political and apolitical television content are significant factors in positively shaping both online and offline participation. Comparisons with other media including conventional television viewing are introduced, and theoretical implications from a media system dependency framework are discussed. View Full-Text
Keywords: social media; streaming television; binge watching; political participation social media; streaming television; binge watching; political participation
►▼ Show Figures 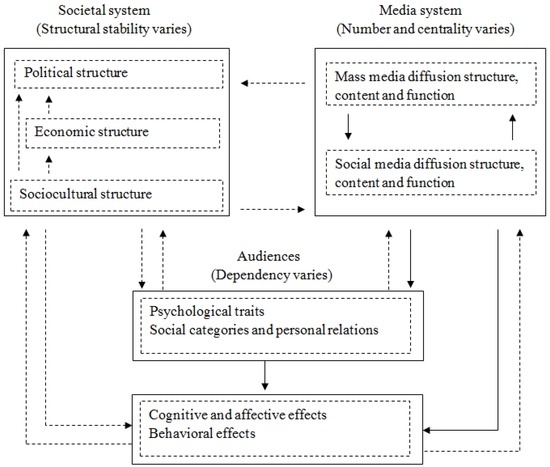