Memory and Re-Creation: The Commemoration of Synagogues of the Islamic World in Israel
Previous Article in Special Issue

Circling Round Vitruvius, Linear Perspective, and the Design of Roman Wall Painting

Roman wall paintings provide us with intimate glimpses into the daily life of the ancient Romans. From domestic interiors to street corners, the decorated surfaces of Pompeii, in particular, offer insight into the shared experiences of the inhabitants of that city, especially through scenes with religious subjects. Of particular interest to the present article are paintings that indicate religious practices that once took place in the spaces of those paintings. In scenes that represent religious activity, such as sacrifices associated with the lares, we can see a variety of religious paraphernalia, from altars, sacrificial victims, attendants, divinities, and floral decorations. Many of these scenes are draped with vibrant floral garlands, which signify the actual garlands that were offered by the Pompeiians performing religious rituals. Moreover, there are indications of nails, and holes for nails, on numerous frescoes from Pompeii, suggesting that garlands were attached to the surfaces overlaying their painted counterparts—a situation creating a visual and material interplay between the physical object and its painted representation. The two-dimensional painted surface depicting “mimetic votives” should be viewed within a three-dimensional space inhabited by people and objects.1 These spaces then invited individuals to perform the mimetic act of hanging a votive garland. Thus, the relationship between these various visual media would have created unique experiences for ancient viewers that are rarely considered today.
In order to understand better how these painted surfaces displayed physical objects and provided an interactive canvas for the people attaching them to the wall, we will consider the evidence of the lived religion of the Romans. The approach of lived religion allows us to question how an ancient individual used space and practiced religious rites in a variety of contexts, thus bridging the gap between two-dimensional surfaces with the three-dimensional spatial experiences.2 Then, we will examine the evidence of floral dedications of the Romans, using literary and archaeological sources, including the nails used for hanging garlands at Pompeii, paying close attention to painted surfaces with religious imagery. The preliminary observations made here can aid our understanding of everyday religious practices throughout the Roman world.

The painted garlands on the walls of Pompeii indicate lived religious practice. For the most part, the pictorial garlands are schematic renderings of floral garlands—only the most important elements are included, such as vibrant colors, ribbons, and nails. The Romans, however, were proud of their ability to achieve mimesis, or the imitation of life in the painted form, as is evident in the writings of Vitruvius (for example, De architectura 7.5.1-2; Elsner 1995, pp. 53–55; Morales 1996). According to Pliny, painters were not able to capture the true color combinations of flowers (Naturalis historia 21.9); this may be one explanation for why the garlands in question are stylized color-blocks that merely suggest real florals to the viewer yet would have been instantly recognizable objects. The inclusion of painted garlands on walls is an enduring reminder to individuals and the community that garland-giving is a vital part of the veneration of the deities depicted in that space. In a sense, the painted garlands acted as a road map for expected religious devotion.
The painted garlands at Pompeii, then, are a continual fixture in these spaces and, as already said above, part of the pictorial act of lived religion. The act of veneration broke the barrier between the two-dimensional painted surface and the three-dimensional physical space that the Pompeiians inhabited. The natural and artificial worlds intersected to create a unique experience, in which the people of Pompeii offered devotion to their deities, be it with an ephemeral garland or a painted one. The permanency of painted garlands categorized them as mimetic votives, while various deities, including the lares, were constantly being venerated with flowers through mimetic acts. No matter the time of the year, the painted garlands were perpetually in full bloom, defying the constraints of the seasonality of real garlands, as well as their inevitable fate to wilt and wither.
The underlying concern in each of the contexts explored, both public and private, is predicated on communicating with tutelary deities, in order to gain some sort of protection. Examples from domestic spaces have helped to illustrate the desire to protect all members of the family, thus tying the whole familial unit together. At commercial properties, garland-giving would have had the ability to ensure prosperity. Shrines in the street not only provided protection to nearby inhabitants, but also allowed those individuals to have a shared experience, tying them together in a similar fashion to religious activities occurring in a domestic setting. Finally, fortune and luck were given in latrines to those offering garlands—ensuring the protection of Fortuna. The practice of illustrating garlands and offering the infrastructure to affix physical examples in a variety of public and private contexts, in these spaces and on their surfaces, points to a shared religious prerogative among the inhabitants of the city of Pompeii.
This brief examination of the interplay between two- and three-dimensional garlands in the excavated properties of Pompeii has wider implications for the study of ancient religious activity at the site. We saw in the example of the street side shrine how, in a similar vein, built altars could not only receive material offerings, but also could have painted offerings on their surfaces. Pompeii’s unique state of preservation affords the opportunity to uncover additional pieces of evidence and encourages us to look elsewhere in the Roman word for related examples. The perpetuated actions of lived religion can be expressed through the material world, the built environment, and the painted (or sculpted) surface.26 Particularly through exposing mimetic acts of devotion, we come to a better understanding of how spaces were used in antiquity, especially in terms of the daily experiences associated with lived religion.

I would sincerely like to thank Tyler Jo Smith and Carrie Sulosky Weaver for reading various drafts of this article—and providing such helpful advice along the way. I also want to thank Elizabeth Molacek for always discussing various aspects of Roman painting with me, helping to refine my thoughts for this article. Thanks are owed to Daniel Ehnbom for discussing floral offerings in Buddhist art. Finally, I appreciate the thoughtful comments and feedback of the editors of this special issue, Regina Gee and Vanessa Rousseau, along with the anonymous reviewers, all of which substantially improved this article. All errors remain my own. 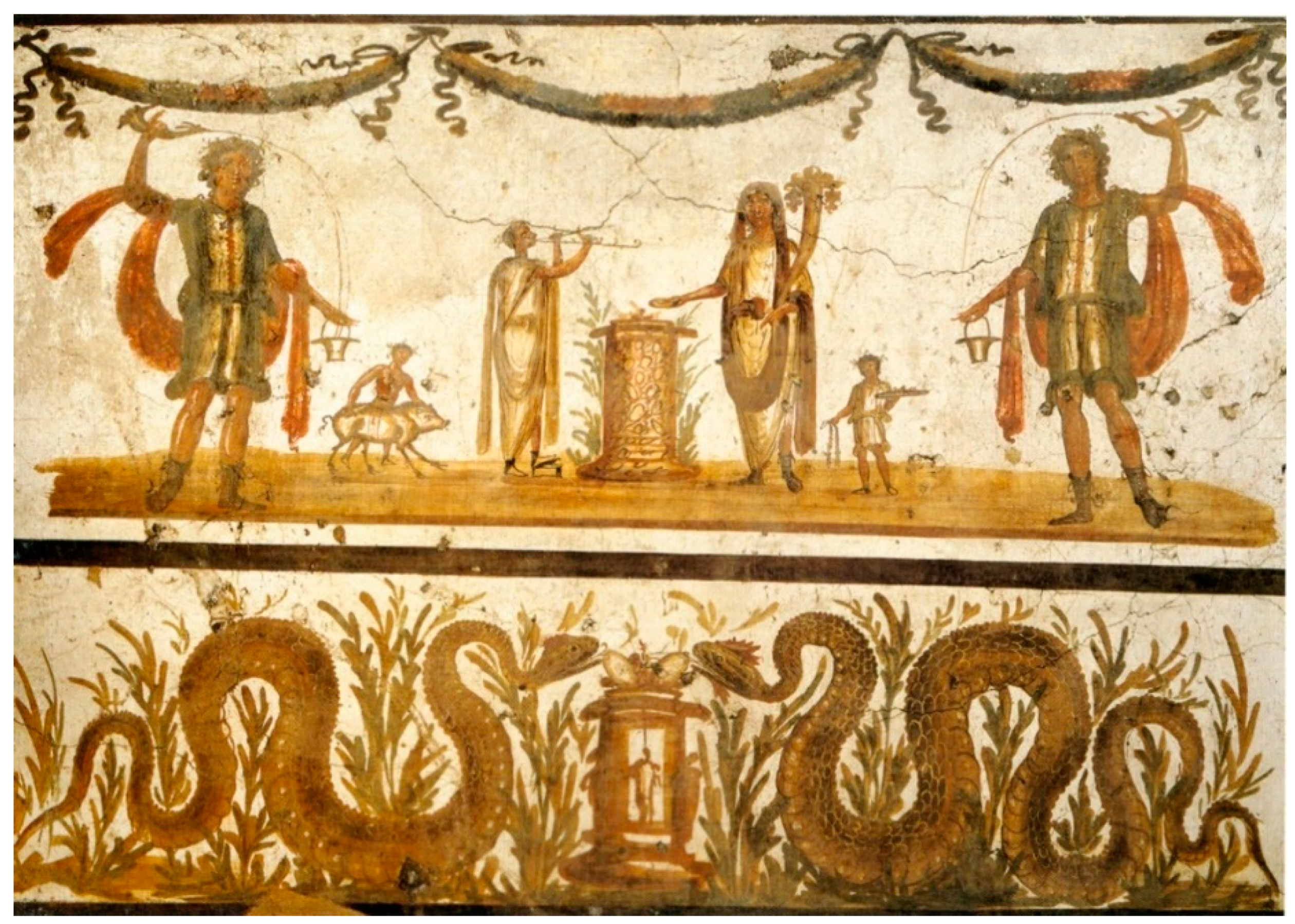 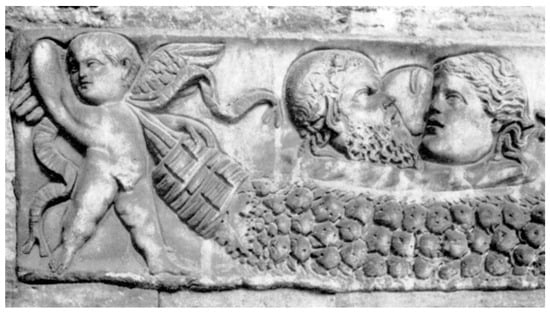 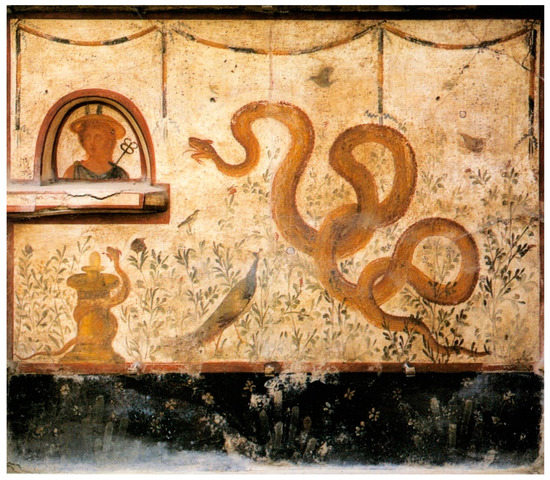 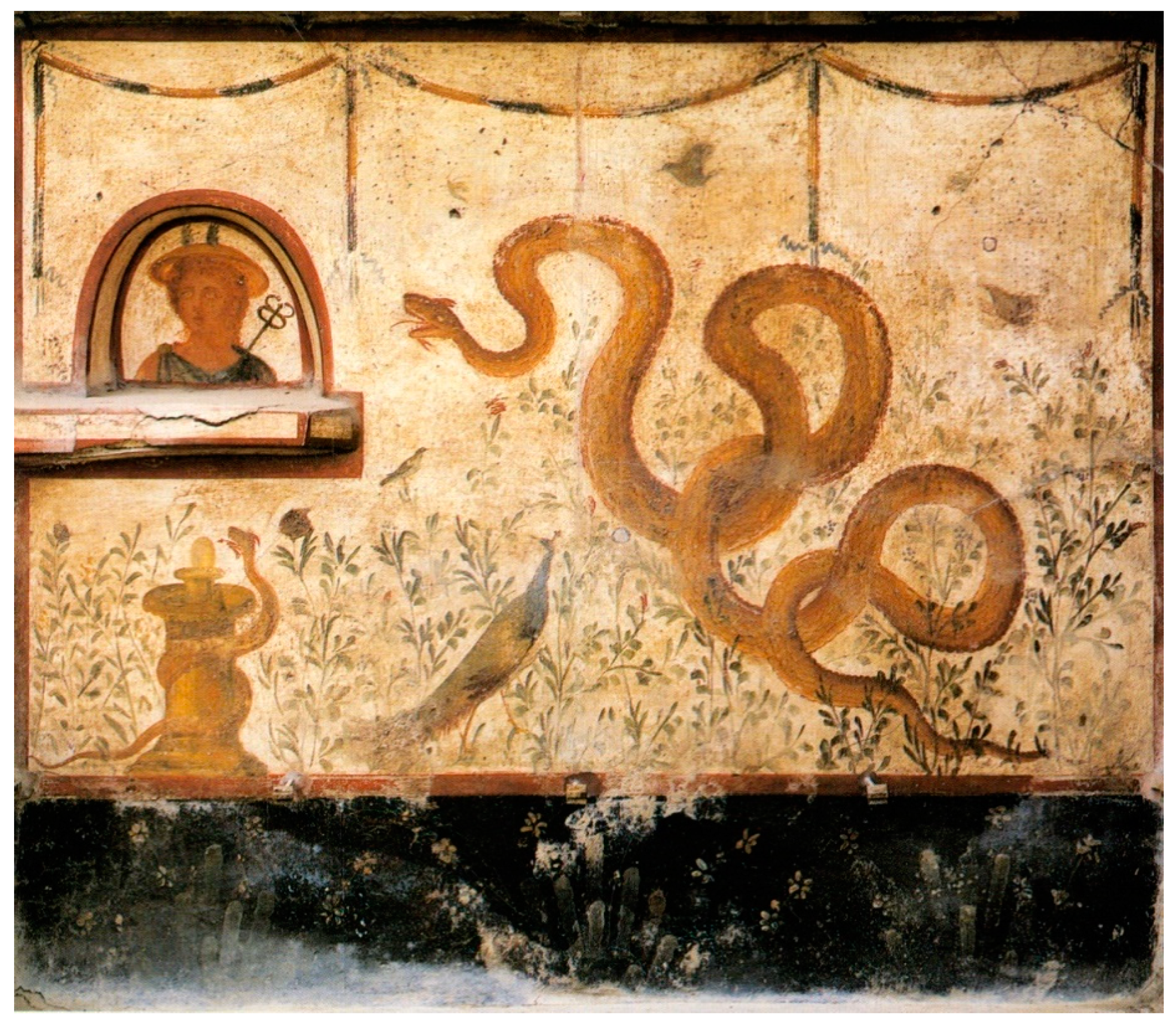 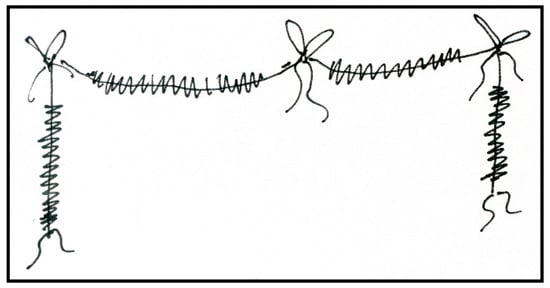 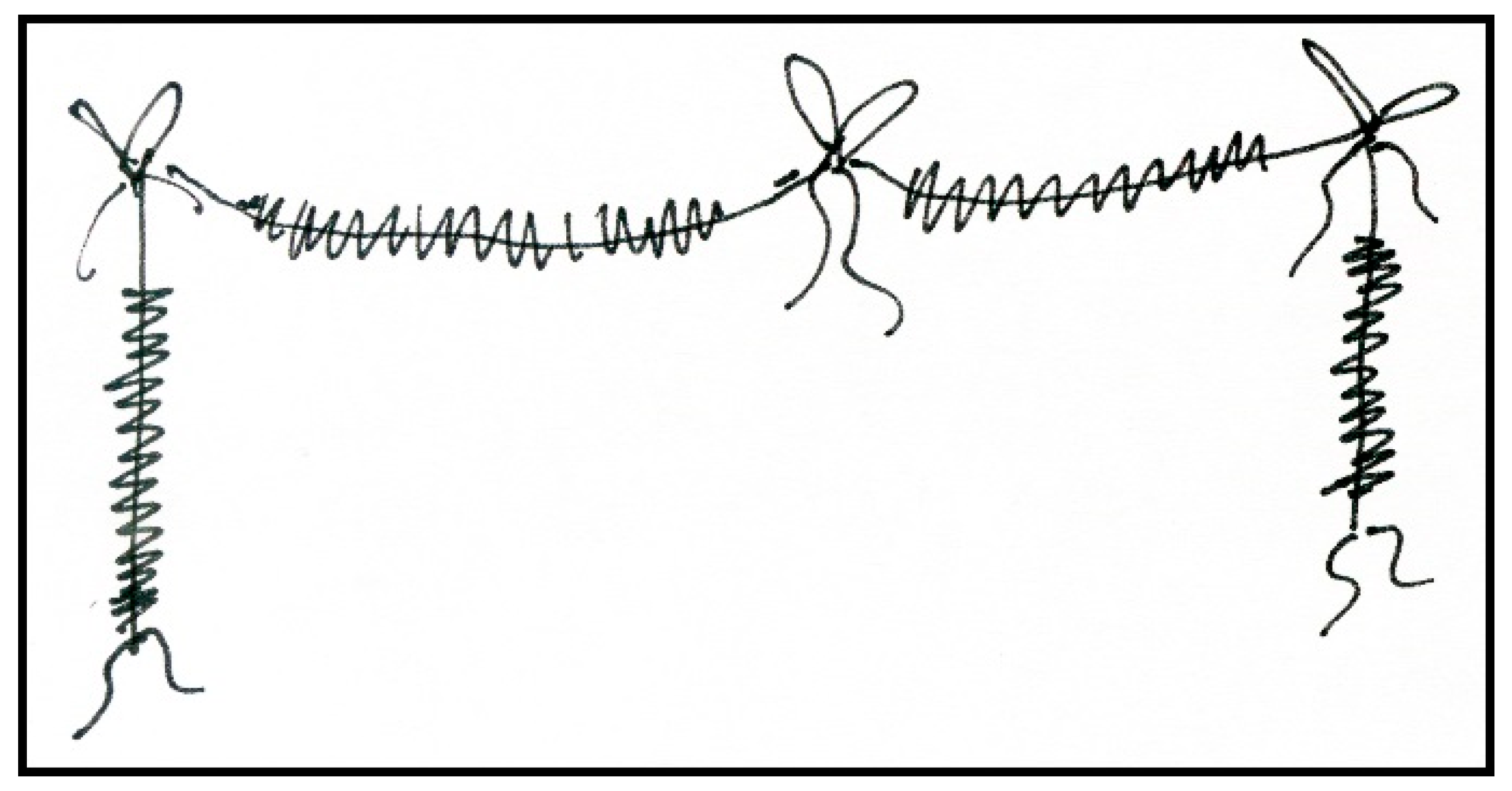 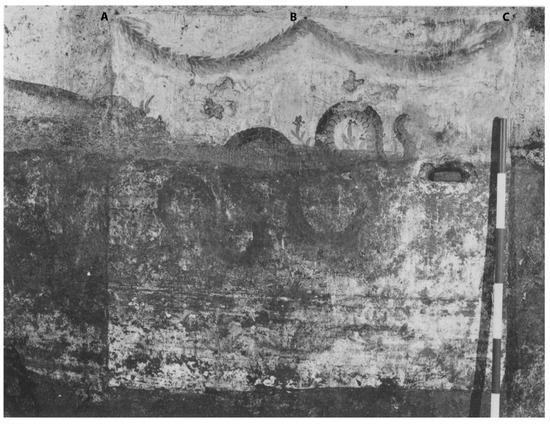 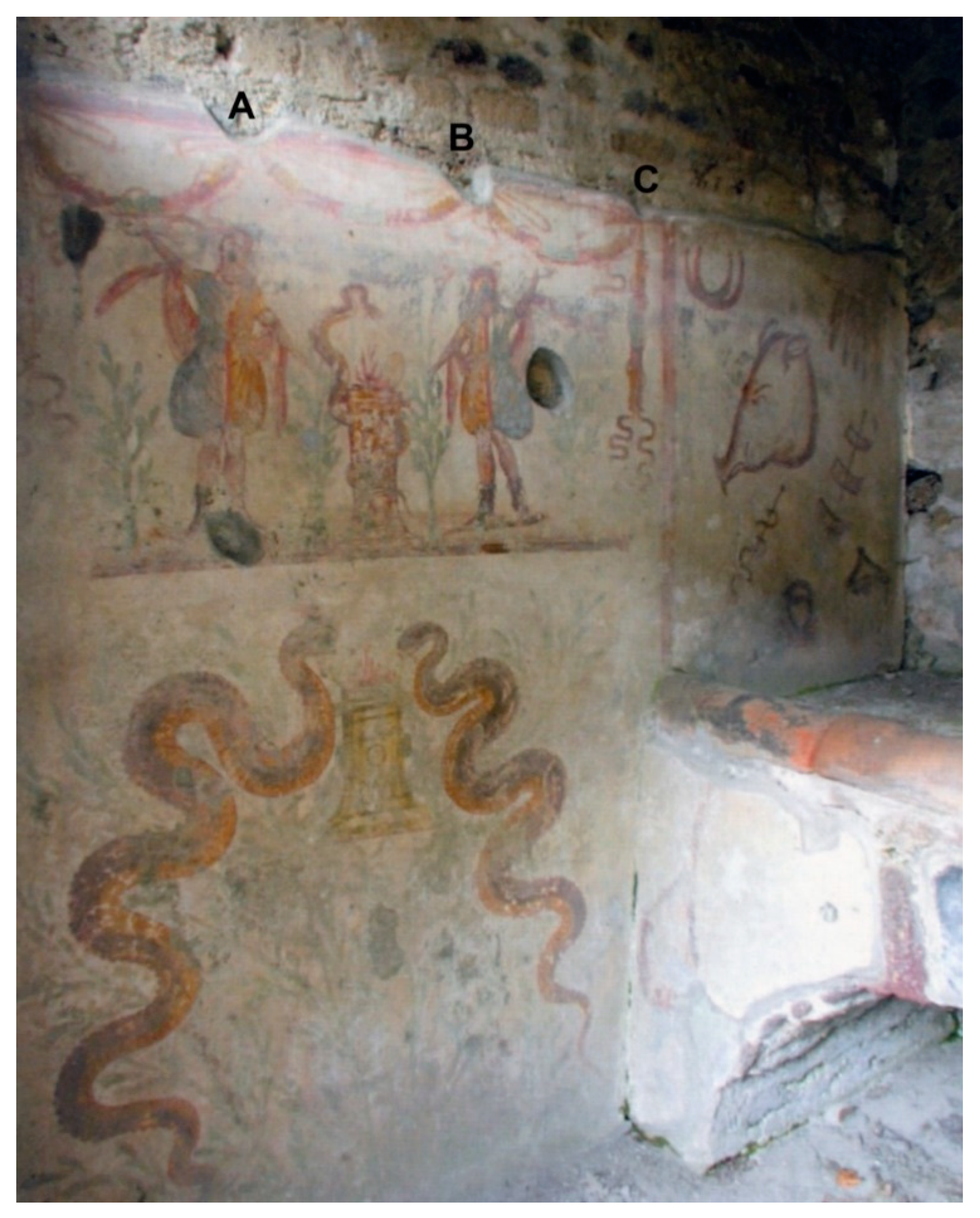 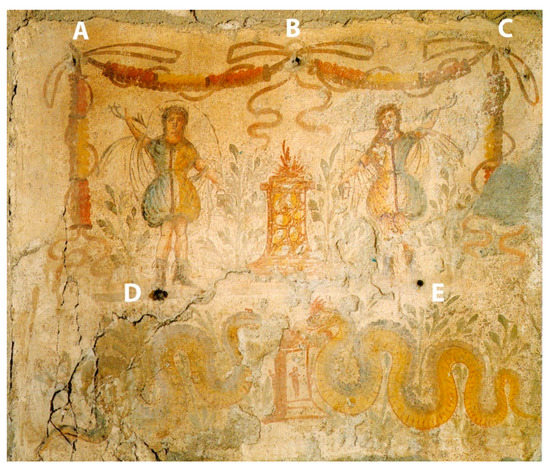 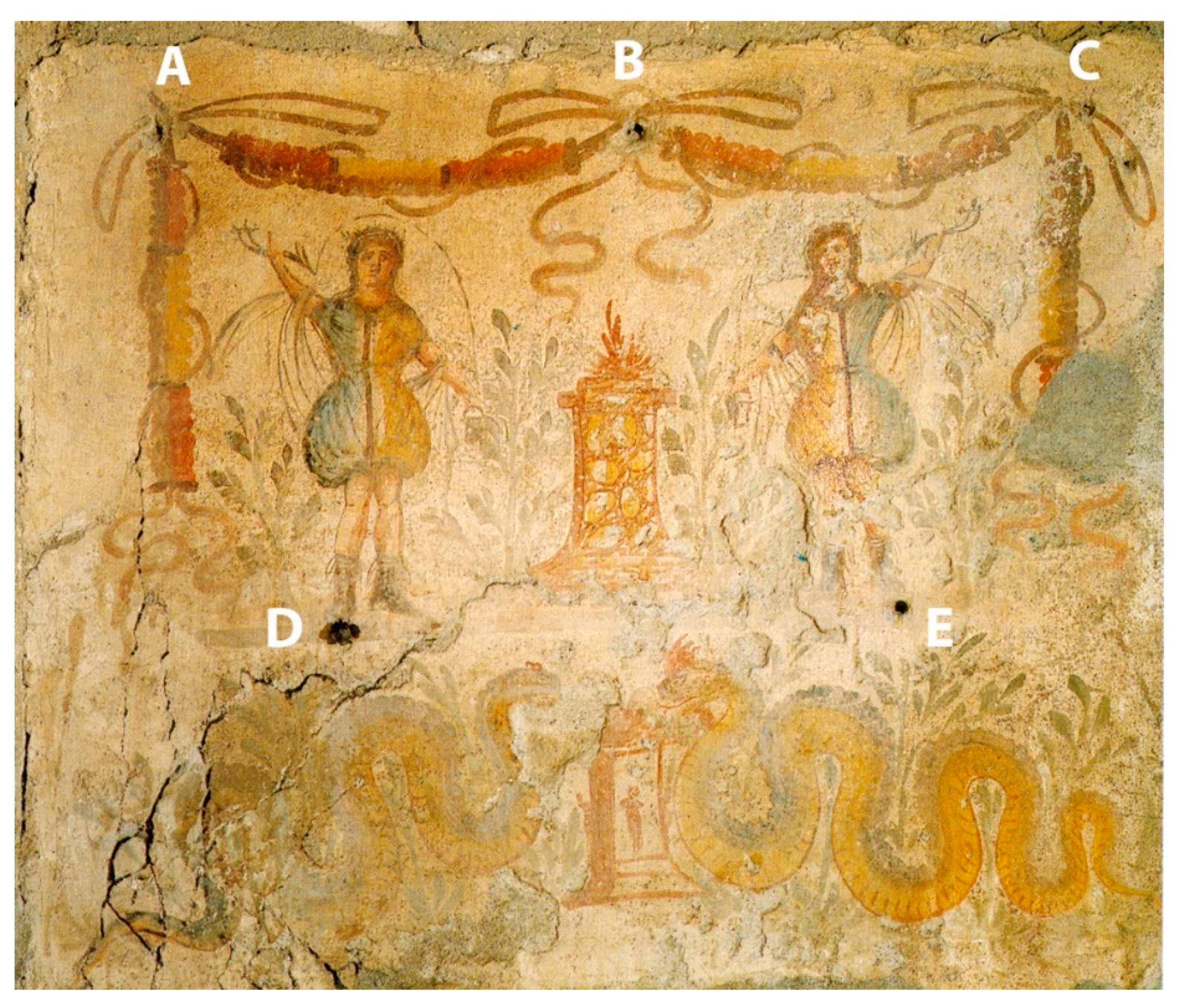 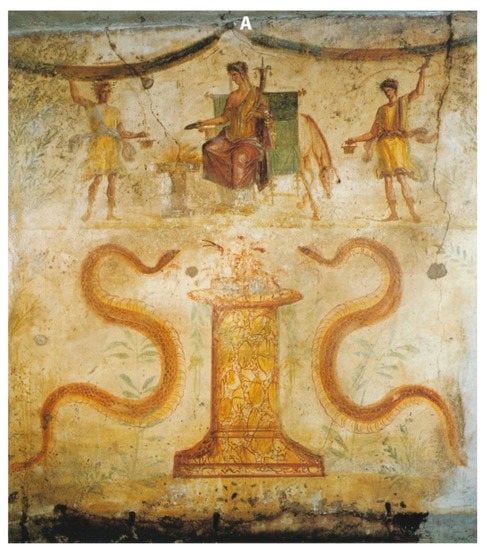 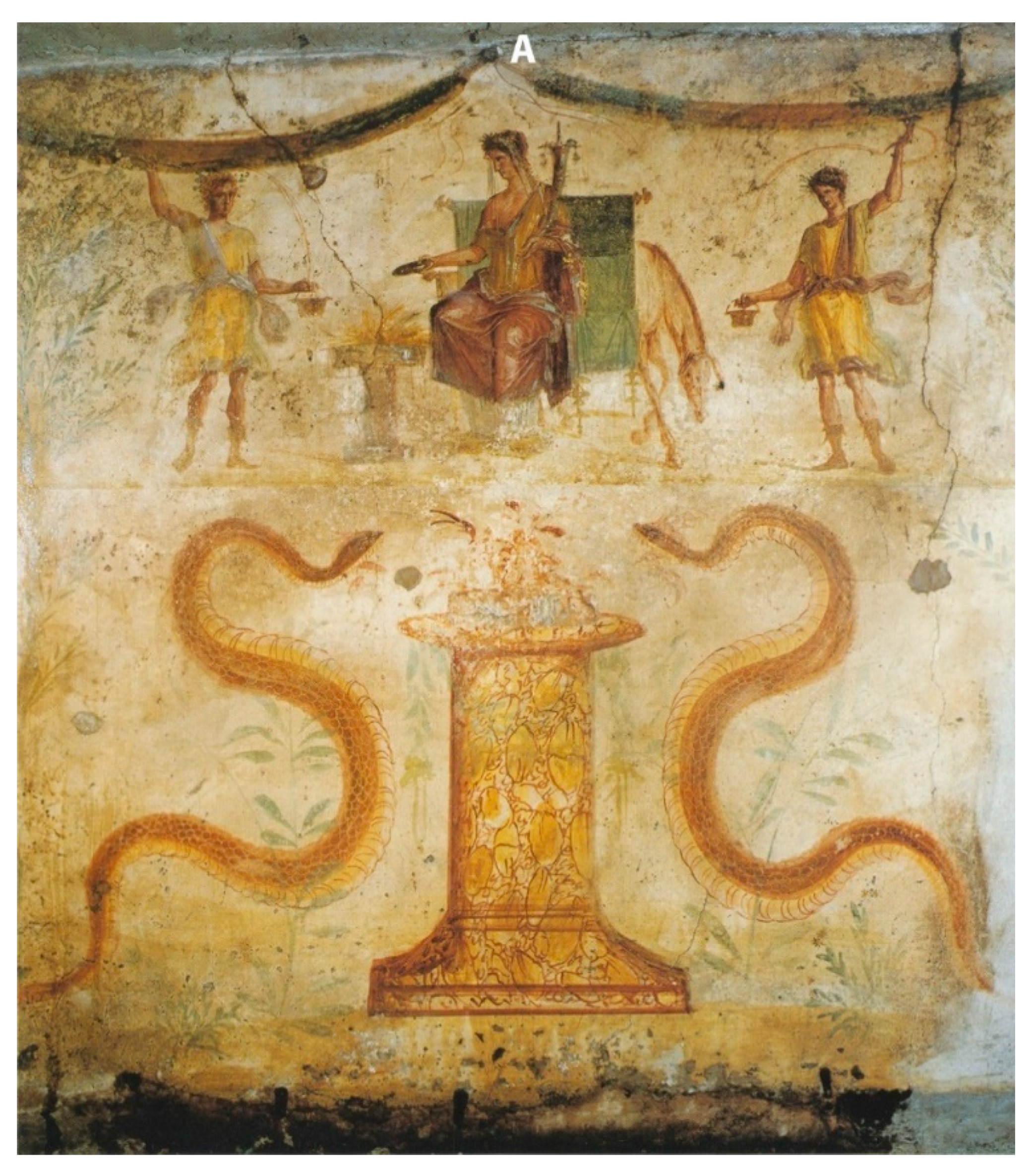 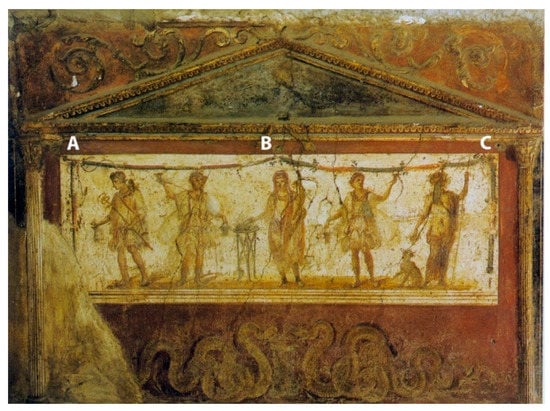 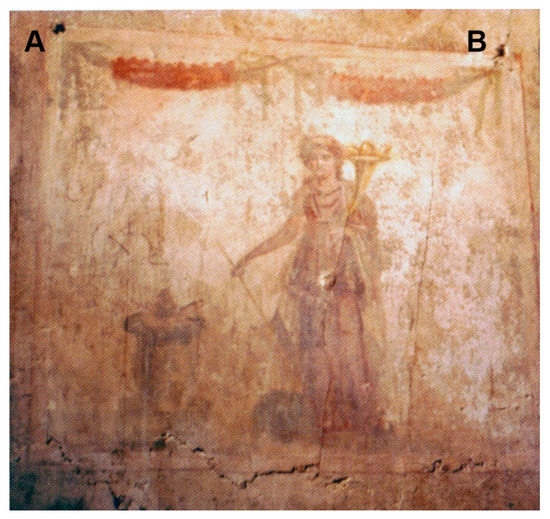 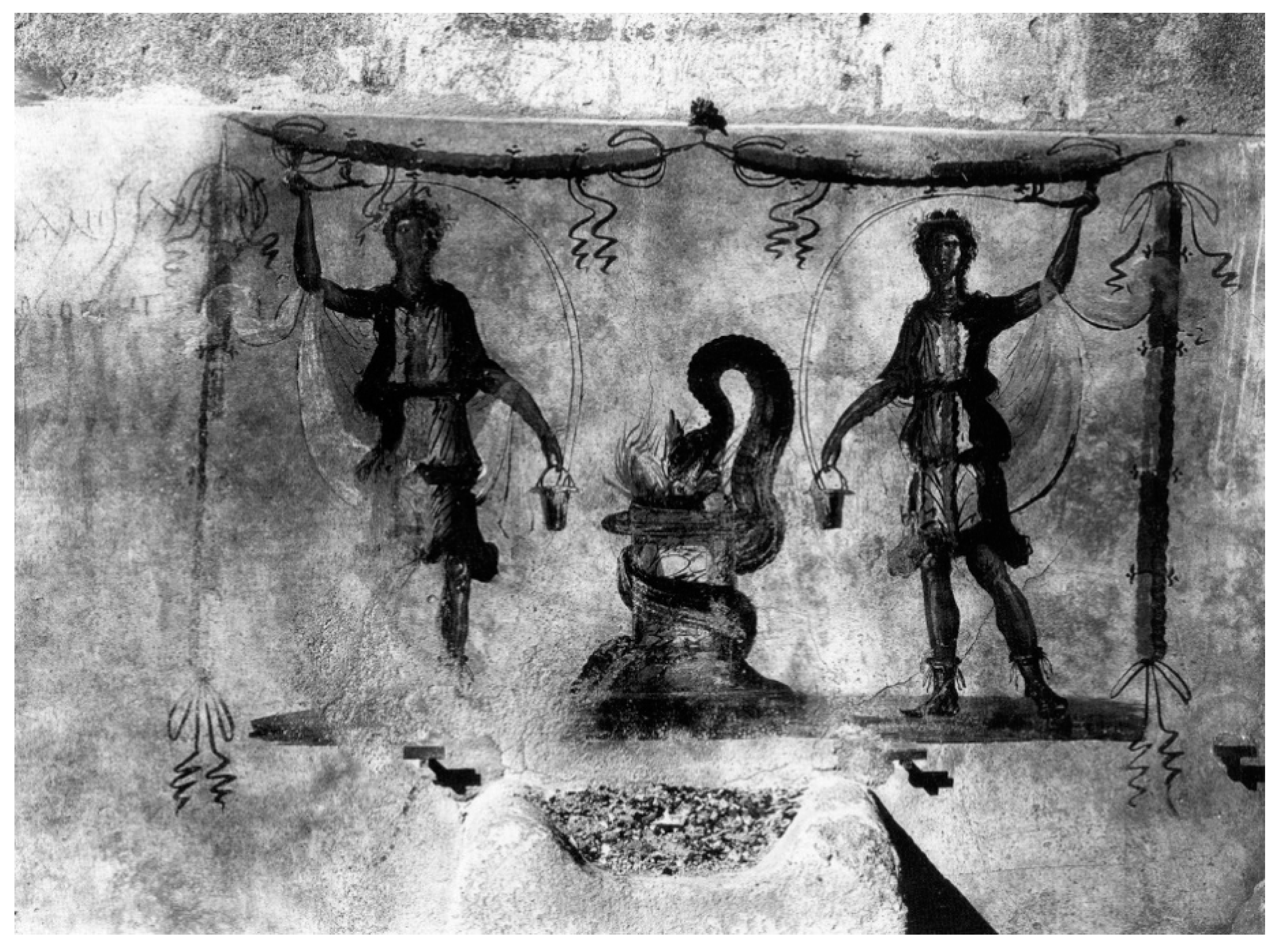 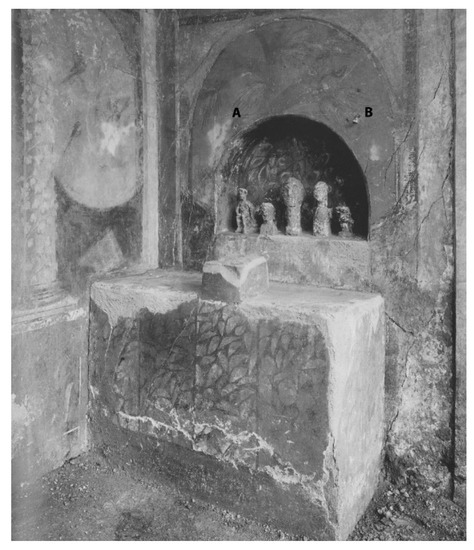 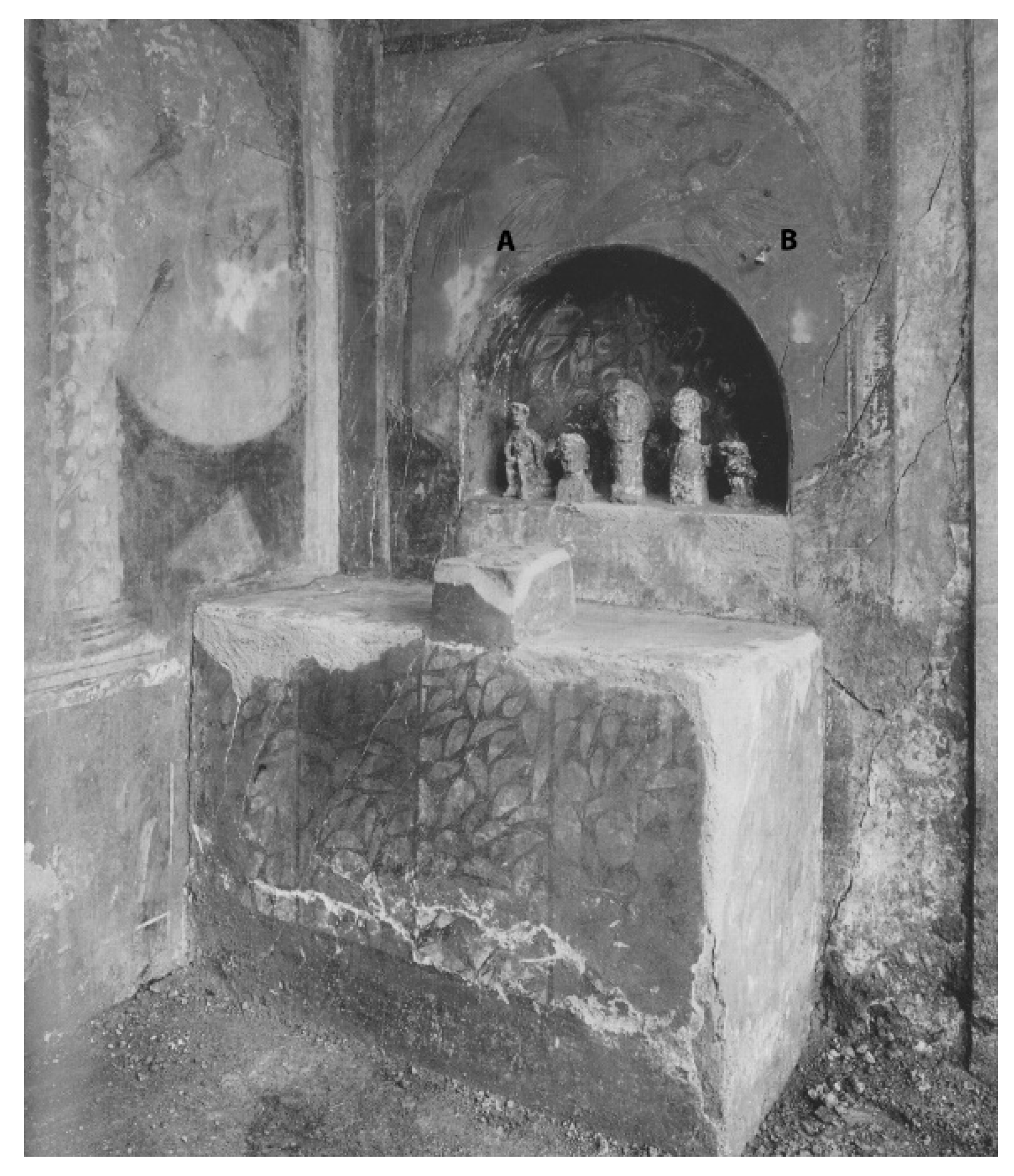 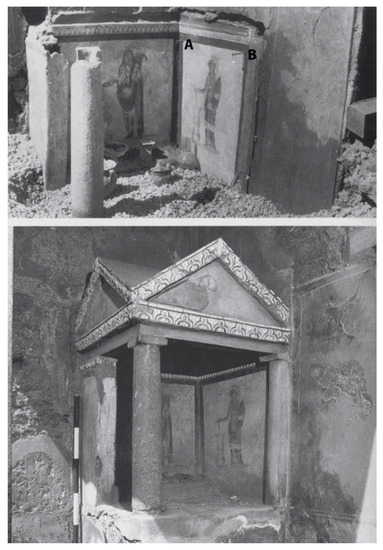 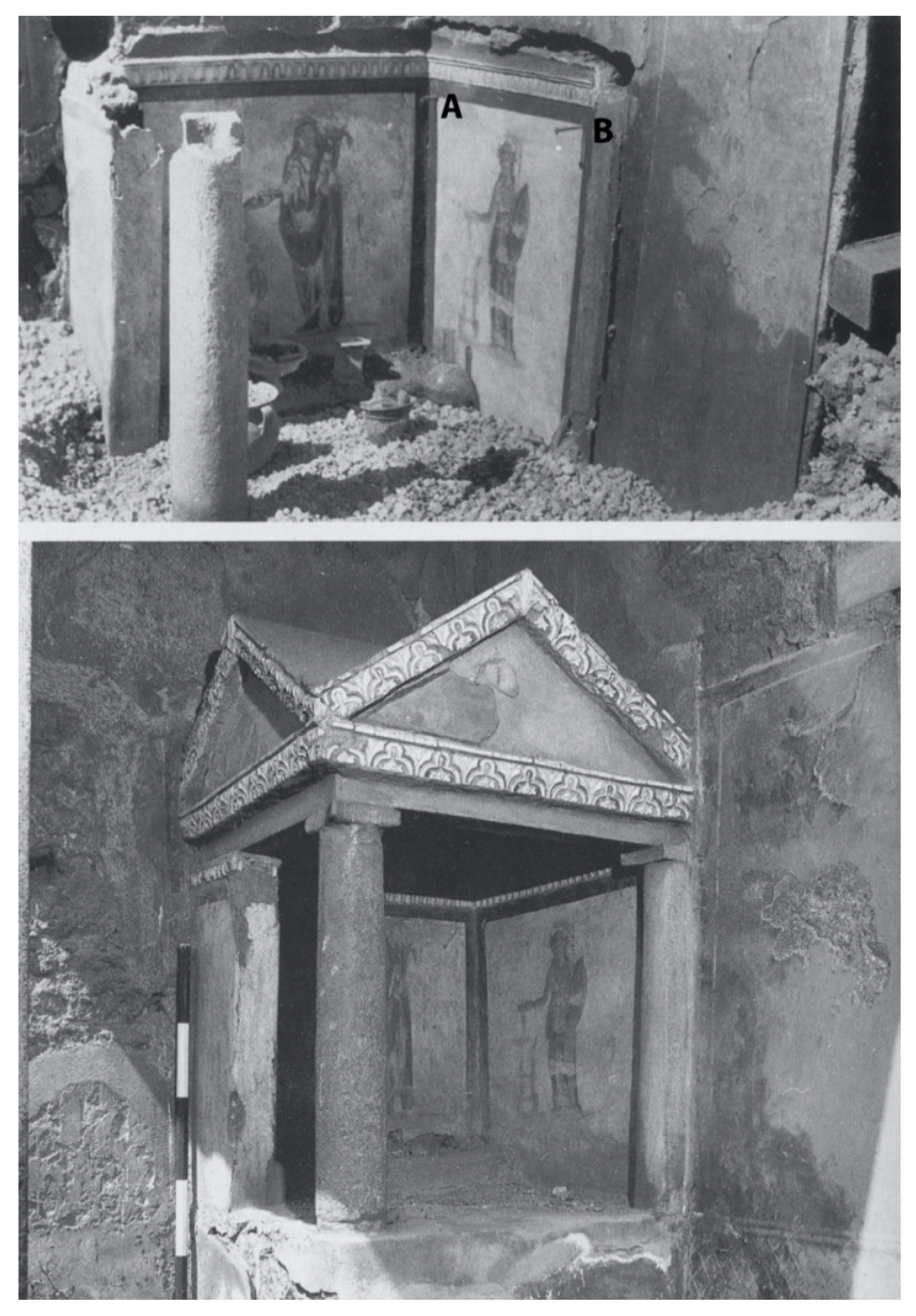