The Development of Public Art and its Future Passive, Active and Interactive Past, Present and Future

Browse Figures
Versions Notes
Never in the history of mankind have fundamental relationships changed so dramatically fast and with such far reaching consequences as in our time—now. This includes the relationship of Art and Science.
In our fast changing world, everything seems to want to become interactive:

-
The phone is not just a passive telephone anymore, now it is a computer you can speak your commands and questions to, it can not only show you the way, but will tell you the weather, show you your email, let you listen to your favorite music and even take HD videos and photos—and all in one small package that is smaller than a cigarette box (i.e., Smart Phones like the Apple iPhone).
-
The TV is not just a passive viewing box anymore, now it will record your favorite series, then send it over the internet, so you can see it anywhere in the world on your laptop or IPAD, at your own preferred time (i.e., Slingbox).
-
Toys for children are not passive wooden blocks anymore, now they are powerful computers which understand your gestures and body movements wirelessly and integrate them into an evolving, changing story (i.e., Microsoft Kinect).
-
Even the simple shoe is not just a passive shoe, but now can house a small chip, that senses, records and communicates distance, time, speed of your walk or workout to your Smart Phone and then to the Internet (i.e., Nike).

This Trend, from Passive to Active to Interactive, and from Static to Dynamic, from Still to Moving, can also be seen in Contemporary Art

Art is not passive anymore, it is not static and still, waiting for the viewer to look at the unchanging work. Now modern art is becoming active, designed to interact with the viewer and to continue to change dynamically over time.
Here a few examples—Cloud Gate by Anish Kapoor in Chicago Millennium Park (Figure 1) is also fondly known as the “Bean”, because of its shape. Although it does not move, this mirror polished stainless steel sculpture provides ever-changing views and reflections of the visitors and its surrounding skyline due to it curved surfaces.

The Crown Fountain (Figure 2), also in Chicago Millennium Park (2004), is an interactive video sculpture by Catalan artist Jaume Plensa. Local people’s faces appear on the 15-meter tall sculpture, and sometimes a water jet seems to come from their mouth, to cool the viewers on a hot day.
Shiny Ball Mirror (Figure 3), by Daniel Rozin (2003), is an interactive mechanical mirror, which immediately reflects the person in front two times—once on every one of the 921 chrome balls, and once on the entire piece see below.

As a designer of kinetic, light and interactive sculptures I want to be at the forefront of this evolution from static to interactive public art.
I have the great pleasure to also be the co-founder and president of the KAO, the Kinetic Art Organization, which promotes kinetic, moving and interactive sculptures worldwide.
From our rapidly expanding membership list around the world, now numbering over 1000 members from over 60 countries, I can see the growing interest in kinetic, interactive and OP art.
China is at the forefront of this NEO KINETIC ART, as there are now more and more kinetic and interactive sculptures in public places, including several in the City Park of Zhengzhou, in the Changchun and Wuhu International Sculpture Parks, as well as right in the heart of Beijing at the Tsinghua University, where the 6-meter tall interactive Internet and SMS light sculpture EX STRATA can be changed by the viewer via a simple SMS text message.
Looking back over the 25,000-year history of sculptural art, we can clearly see that sculptures in public places have developed in an uncountable variety of ways. However, whether we look at ancient or modern times, we can see a direct reflection of the culture, place and belief system that surrounds the art, by carefully analyzing the following four main criteria:

Every Generation is looking differently at the public art in their city. As our perception of time itself changes due to an exponential increase in visual input (TV, Internet, advertisements) and data input (Email, Twitter, Web, etc.) we are trained to communicate more and more quickly, and thus more superficially. As a result of this development, we have—and we take—much less time for consideration and contemplation of the public art around us. The next generation is even more used to, and in sync with a much more dynamic and fast moving interconnected world, and so has—and takes—very little time to appreciate static sculpture.
The new generation of young people are trained and already very used to interactive and dynamic communications. They expect this interaction, whether it is with their smart phones, their TV, or from the art they encounter in public places.
In fact, in this fast moving world, the younger generations have far less patience to study and contemplate still art, whether it is a painting or a public sculpture. Young people can and will lose interest very quickly, unless it moves, changes or, even better, – engages and interacts with them.
With a classical traditional sculpture it is always a one-way communication only, from the viewer to the art. It is only the viewer who does the viewing and thinking. The art is forever still and passive.
I feel very strongly that, in our modern world, public art will be more interesting and engaging if it continuously changes, or, even better—if the art has a two way communication and interaction with the environment (wind, water) and/or the viewer. An example is when the sculpture can “see” and “hear” the viewer, and can communicate directly with them, and change accordingly. As these interactive sculptures are also connected to the Internet, they can be seen via Internet webcams, and interacted with via smart apps from anywhere in the world. 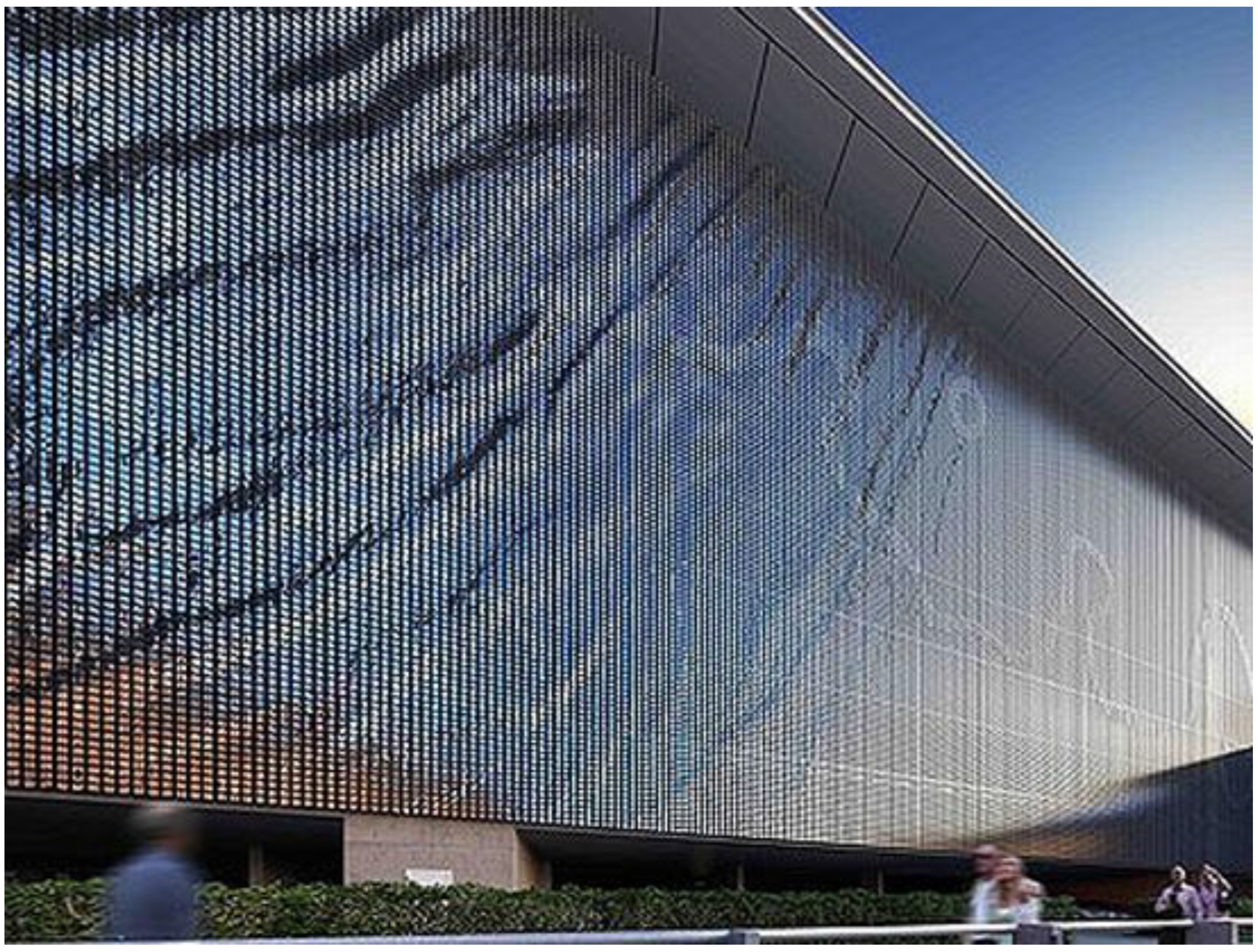 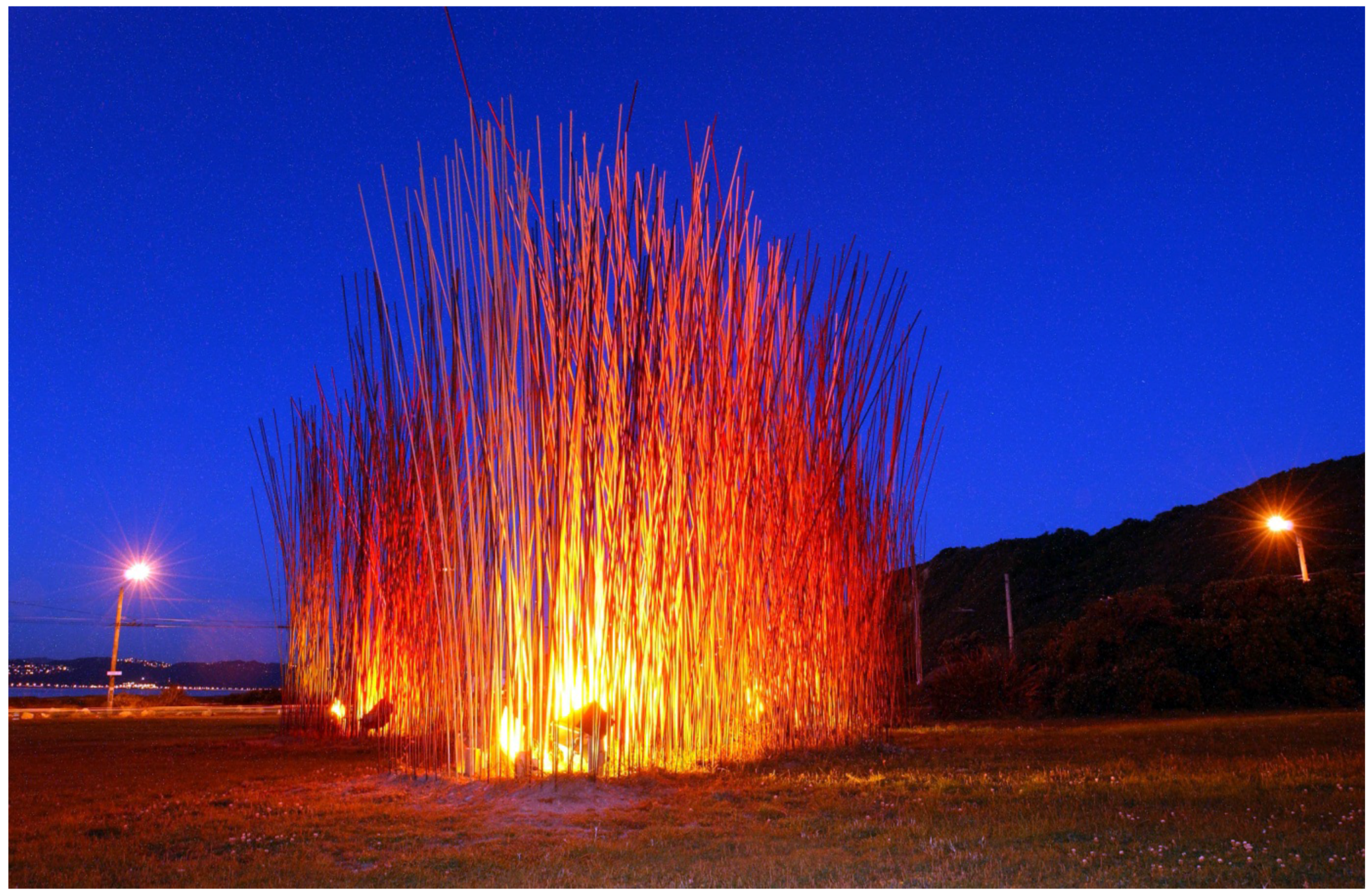 The Natural Evolution of Art

I think that this is part of the natural evolution of art. Historically, first came the two-dimensional drawings, then artists developed perspective drawings in three dimensions, as well as three-dimensional sculpture. Now, kinetic and new media artists around the world are exploring the intersection of art and science in the FOURTH dimension, which is time. Their art changes over time; it communicates and it interacts with us, the viewers.
Another very novel aspect of this development is that, for the first time, a viewer does not have to be in front of a sculpture to see and interact with it. With new developments in the Internet, smart phones and smart apps, virtual reality and webcam technologies and techniques, art can be viewed and changed from anywhere in the world.
Even art education has changed from classical art diplomas in disciplines like painting and sculpture, to a new generation of graduates with Bachelor Degrees in Interactive Arts (LaSalle University Singapore).
I am honored and have had the great pleasure to teach the first ever university course for Neo-Kinetic and Interactive Art at the Sculpture Department of Tsinghua University in Beijing in November 2013.

As a consequence of this new, much more hurried and superficial consideration of urban and public art, the art itself is required to become more engaging and interactive to capture the interest and limited attention of the new generation public art viewers. Sculptural public art is changing; it is moving away from the long-held static, form-focused style to the dynamically developing intersection of technology, art and communication, where the art changes, interacts, and even communicates with the viewers.
This rapidly growing trend to dynamic and interactive public art transcends cultures, religions and locality, as the Internet and associated communication channels are exponentially growing and connecting public art with viewers around the world, and they will continue to do so in many unexpected ways yet to come.

Ralfonso is a master designer of environmental, kinetic, light and interactive sculptures (sculptures that interact with the environment such as wind, water, etc.) since 1980. Since 1999 he specializes in the design and execution of large to monumental kinetic and light sculptures for public places from his studios in West Palm Beach, Florida, USA and Geneva, Switzerland (www.ralfonso.com).
He is President of the KAO (Kinetic Art Organization), former Board Member of the ISC (International Sculpture Center, USA) and official Advisor to CSI (China Sculpture Institute) among other international cultural board positions and engagements.