Bodies Folded in Migrant Crypts: Dis/Ability and the Material Culture of Border-Crossing
Next Article in Special Issue

Linking Changes in Contraceptive Use to Declines in Teen Pregnancy Rates

Internal and external validity are threatened when subjects fail to complete an intervention and when they are lost at follow-ups. Accordingly, researchers and intervention staff continually strive to identify predictors of attrition and non-compliance. The present study investigated the success of models that incorporate program, family, and individual characteristic variables in predicting treatment adherence and retention at six months in a sample of 1319 youth who participated in an abstinence-only intervention, as well as the relative importance of the predictors in explaining retention and adherence among Hispanic and non-Hispanic youth. The findings indicated that the likelihood of completing the intervention was greater for youths whose mothers or someone who functioned as a mother did not work. The effect of this predictor was consistent across all models in which it was tested. In addition, youth who planned to have sex were more likely to withdraw from the intervention than were youth for whom the opposite was true. Youth satisfaction with the intervention successfully predicted the likelihood of completion. Retention at six months was influenced by youth completing the intervention, having a non-working mother, and being satisfied with the program. Results from the discriminant analyses suggested that the predictors varied in importance for Hispanics and non-Hispanics. For Hispanics, having a non-working mother and satisfaction with the intervention were critical to their decisions to complete the intervention and to return for the six-month follow-up. For non-Hispanics, parental attitudes regarding sex, youths’ intentions to have sex, and youths’ gender were significant predictors. View Full-Text
Keywords: attrition; pregnancy prevention interventions attrition; pregnancy prevention interventions
►▼ Show Figures 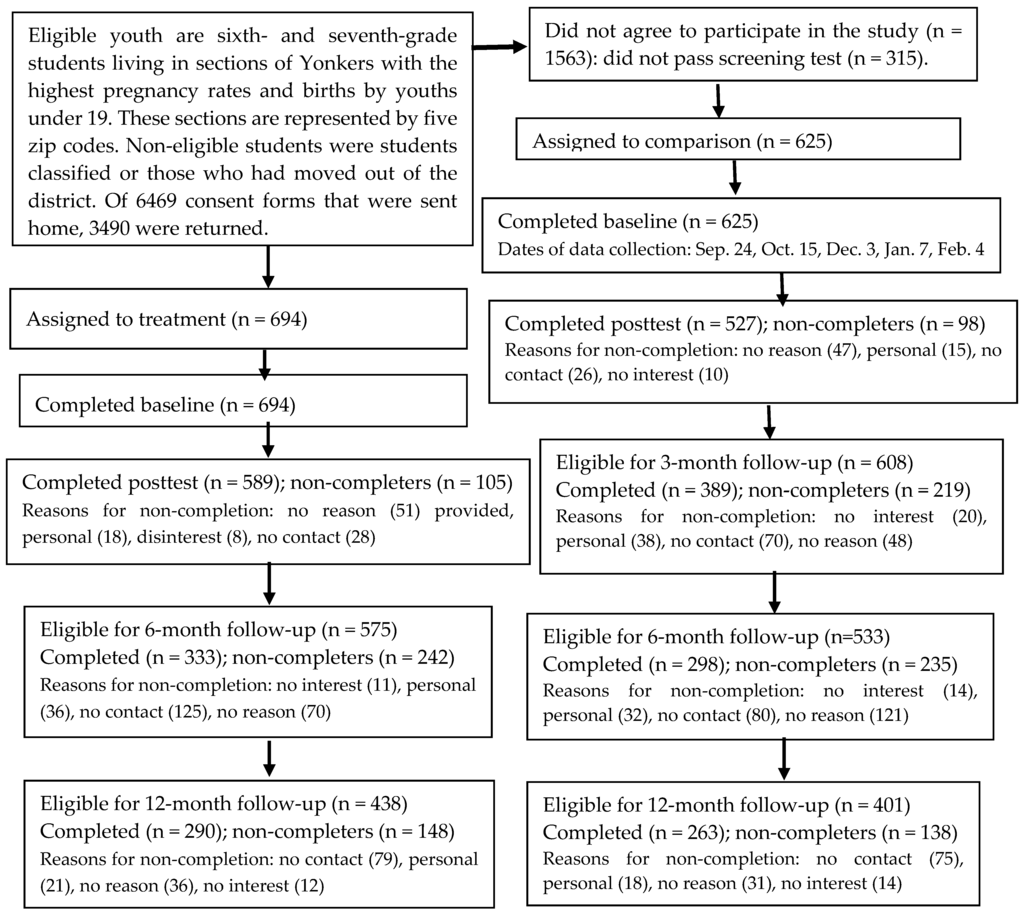