Cyberbullying and Primary-School Aged Children: The Psychological Literature and the Challenge for Sociology
Previous Article in Journal

Reimagining the Educational Field: Thoughts on a Critical Criminology of Education
Previous Article in Special Issue

The negative effects and the continuation of cyberbullying seem to depend on the coping strategies the victims use. To assess their coping strategies, self-report questionnaires (SRQs) are used. However, these SRQs are often subject to several shortcomings: the (single and topological) categorizations used in SRQs do not always adequately differentiate among various coping responses, in addition the strategies of general SRQs fail to accurately measure coping with cyberbullying. This study is therefore aimed to develop a SRQ that specifically measures coping with cyberbullying (i.e., Cyberbullying Coping Questionnaire; CCQ) and to discover whether other, not single and topological, categorizations of coping strategies can be found. Based on previous SRQs used in the (cyber)bullying (i.e., traditional and cyberbullying) literature (i.e., 49 studies were found with three different SRQs measuring coping with traditional bullying, cyberbullying or (cyber)bullying) items and categorizations were selected, compared and merged into a new questionnaire. In compliance with recommendations from the classical test-theory, a principal component analysis and a confirmatory factor analysis were done, and a final model was constructed. Seventeen items loaded onto four different coping categorizations: mental-, passive-, social-, and confrontational-coping. The CCQ appeared to have good internal consistency, acceptable test-retest reliability, good discriminant validity and the development of the CCQ fulfilled many of the recommendations from classical test-theory. The CCQ omits working in single and topological categorizations and measures cognitive, behavioral, approach and avoidance strategies. View Full-Text
Keywords: cyberbullying; bullying; traditional bullying; peer victimization; coping; scale; self-report questionnaire; Cyberbullying Coping Questionnaire cyberbullying; bullying; traditional bullying; peer victimization; coping; scale; self-report questionnaire; Cyberbullying Coping Questionnaire
►▼ Show Figures 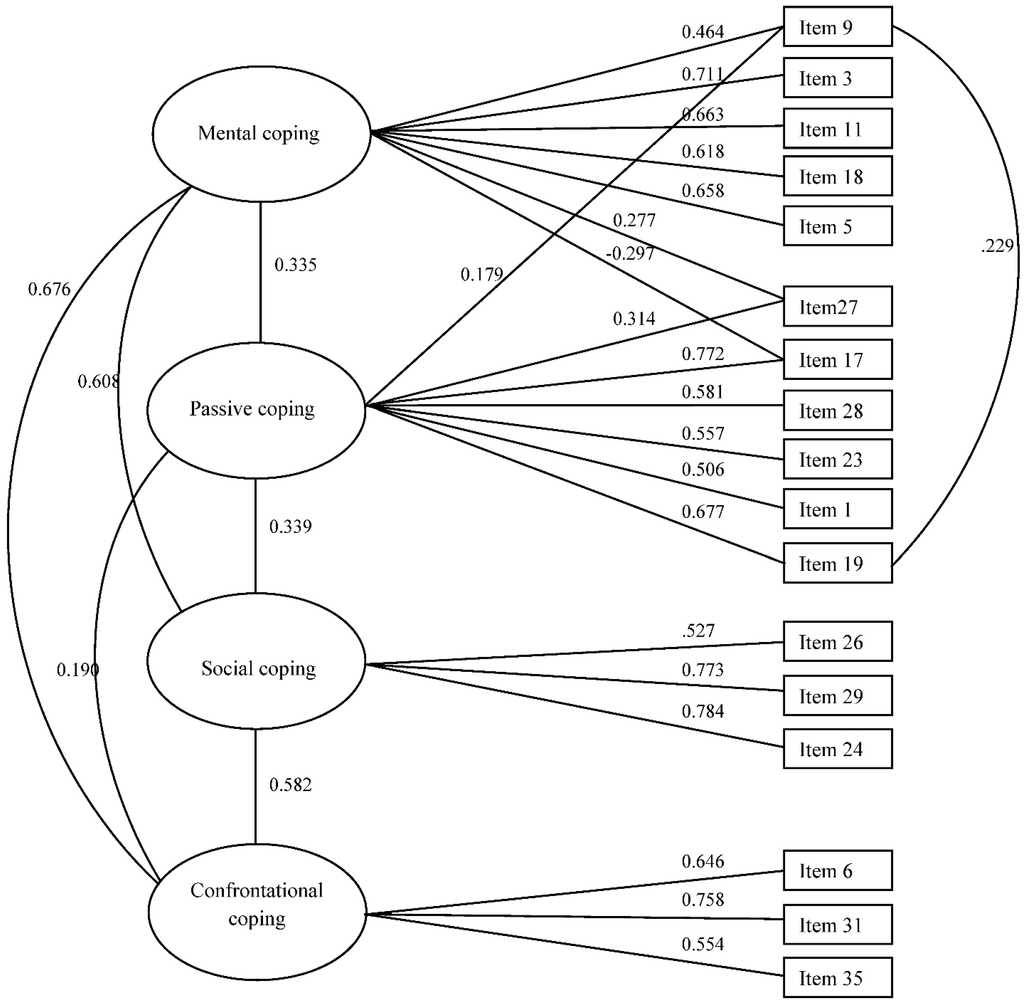