Disability as Microcosm: the Boundaries of the Human Body
Previous Article in Journal / Special Issue

The ‘Dys-Appearing’ Body in Doris Lessing’s The Diary of a Good Neighbour and Margaret Forster’s Have the Men Had Enough?

This article analyzes the processes of dehumanization that occurred in the Michener Center, a total institution for the purported care and training of people deemed to be mental defectives[1] that operated in Alberta, Canada. I report on qualitative interviews with 22 survivors, three ex-workers, and the institutional archival record, drawing out the ways that dehumanization was accomplished through bodily means and the construction of embodied otherness along several axes. First, inmates’ bodies were erased or debased as unruly matter out of place that disturbed the order of rational modernity, a move that meant inmates were not seen as deserving or even requiring of normal human consideration. Spatial practices within the institution included panopticism and isolation, constructing inmates as not only docile but as unworthy of contact and interaction. Dehumanization was also seen as necessary to and facilitative of patient care; to produce inmates as subhuman permitted efficiency, but also neglect and abuse. Finally, practices of hygiene and sequestering the polluting bodies of those deemed mentally defective sustained and justified dehumanization. These practices had profound effects for inmates and also for those charged with caring for them.[1] This was the terminology used to describe people deemed to have intellectual disabilities during much of the 20th century in the West. View Full-Text
Keywords: dehumanization; total institutions; Foucault; panopticon; matter out of place; docile bodies; institutional abuse; eugenics; Michener Center dehumanization; total institutions; Foucault; panopticon; matter out of place; docile bodies; institutional abuse; eugenics; Michener Center
►▼ Show Figures 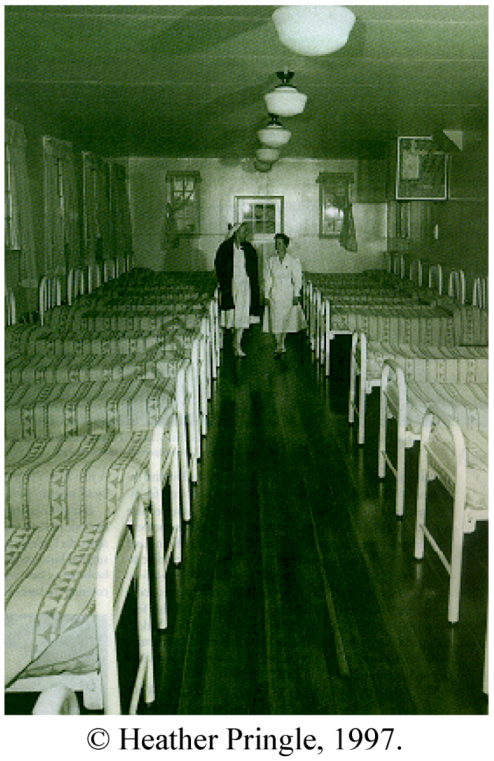 Malacrida, C. Bodily Practices as Vehicles for Dehumanization in an Institution for Mental Defectives. Societies 2012, 2, 286-301.


Malacrida C. Bodily Practices as Vehicles for Dehumanization in an Institution for Mental Defectives. Societies. 2012; 2(4):286-301.


Malacrida, Claudia. 2012. "Bodily Practices as Vehicles for Dehumanization in an Institution for Mental Defectives." Societies 2, no. 4: 286-301.