An Asset-Based Perspective of the Economic Contributions of Latinx Communities: An Illinois Case Study

The approach taken to evaluate the efficacy of state efforts to promote social inclusion and increase local participation and capacity includes analysis of responses to two assessments, design and analysis for another evaluation I administered at a workshop, and observation of workshop activities. The workshop is at the core of the research design and was created in partnership with the CLG staff. However, I leveraged my experiences deploying an engaged research approach—collaborative storytelling, co-design, ethnography, and self-assessment, primarily with underserved communities in rural areas—and adapted them to these mostly Anglo workshop attendees from cities and towns in central Texas [21]. In this instance, the collaborative storytelling and self-assessment approach was redesigned to support the staff’s desire to expose attendees to creative surveying while exploring bias, social exclusion, and gaps in planning and preservation knowledge among CLG-designated commission members in attendance. The previous instances in which I applied engaged design were informed by various methods, including qualitative and ethnographic methods such as collaborative storytelling, observation, and questionnaires designed to aid self-assessment [21].
I first examined the content and results of Texas CLG policies, procedures, and survey questions. In recent years, the Texas CLG program has endeavored to address outreach, training, and inclusion as inextricably linked areas of performance. Texas CLGs must attend at least one training a year, and noncompliance can lead to decertification. Most notably, they require that CLGs explain how their programming, training, and grant applications support the goals and objectives of the state preservation plan, which prioritizes increased outreach and diversity. Further, the CLG program has included consideration of diversity in grant scoring. The applicant can be awarded up to three points in the category “Public Involvement and Deliverables,” which is a total of 13 of the 100 possible points. Those three points are available if the CLG applicant affirmatively answers the question: Does the project address or benefit an underrepresented group within the community?
They have also required that CLGs address in their annual and four year reviews questions assessing leadership representation and diversity. Annual reports ask applicants, “Do the members of the CLG Committee represent the general ethnic diversity of the community?” Responses to the question in annual reviews (Table 1) from the last three years show 17% of local CLGs self-assessed themselves as not reflecting the makeup of the community, 24% in 2018, and 26% self-assessed the same condition in 2019 [29]. On average, the percentage of those who don’t think their leadership reflected community make up in 2019 was 26%, an increase of 24% over 2017 according to annual surveys distributed to 74 CLGs. The table indicates the number of surveys returned and responsive to the question of the 74 CLGs each year.
In 2017 (chosen because it was the year with most reviews—26), the four-year evaluations the that Texas Historical Commission (THC)’s CLG staff conducted reported that only 23 percent (6) had compliance issues, while four answered “no” to the leadership representation question. Compliance issues were, in almost every case, about the lack of skilled staff. A particular shortcoming for those out of compliance was having a historic preservation officer (HPO) without a preservation-related degree. Two of the CLGs reviewed had compliance issues related to lack of board commission training or lack of Historic preservation officer (HPO) training. While many participated in outside trainings, there was no clarity around whether the workshops CLGs reported attending addressed diversity, inclusion, leadership, and outreach to underrepresented groups. It is important to note, however, that rates of participation among traditionally marginalized populations are fundamentally a structural issue. Many local CLGS consistently out of compliance, have small populations and tax bases, are understaffed, and have few individuals aware of how implicit bias may be impacting their preservation work. Further, most of these communities lack preservation staff of color. These structural issues exacerbate already low training compliance and a lack of diversity among CLG leadership.

The trends in assessments administered by CLG staff based at THC’s Austin headquarters when compared to those I collected during the workshop (containing a subset of CLG members) reveal similar themes. However, the assessments utilized during the workshop expose more significant insights into why diversifying leadership was such a challenge when compared to the results of annual and quadrennial assessments which the CLG staff administers.
Glenda Gordon, chair of the Gonzales County Historical Commission and event co-host, modeled ways that others in the audience could illuminate their discomfort and biases. Gordon, for example, cautiously shared that she thought that local bias toward a particular narrative about Gonzales centering Anglo settlers was problematic.
Recurring themes among responses to the question about strategies revealed a sense of helplessness among white attendees. Many turned the question back on me, the workshop leader, as if to say, “that is a good question”, “I have no idea!” Others shared that they used networking and social media, techniques which are likely to reinforce connections to people like themselves within existing social circles. Similarly, others said they look among existing leadership in the business community or seek volunteers through word of mouth. African Americans in attendance used flyers at churches, schools, and newspapers. Professionals in the audience affiliated with cultural institutions or cultural resource management mentioned some targeted approaches such as analyzing current board and committee composition and paying particular attention to talents and demographics to determine which gaps need to be filled among county or city commission leadership. Others complained that after asking for volunteers, they would have to beg often or force an existing commission member to lead.
These occurrences are substantiated by other research on barriers to participation. Stephanie Ryberg-Webster’s research shows that there are several barriers associated with getting people of color to volunteer in county historical commissions and heritage societies [14]. Barriers include having the time to allocate toward meetings and volunteer activities during regular working hours that retired older, predominately white county historical commission members have. Ryberg-Webster (2017) addresses power dynamics and exclusion arising when engaging these communities during cultural resource surveys. Among factors inhibiting meaningful engagement with African Americans in preservation projects are “perceptions that the practice is elitist, that high-style architecture is valued more than everyday landscapes, and that material integrity trumps social or cultural significance” [14] (p. 7–8). She adds that stringent regulations and varying interpretations of places make organizing sustained projects challenging [14]. Further, mobility and neighborhood change over time alter the percentage of African-American full-time residents in historic neighborhoods, leading to “overall impermanence of African American residents, business operations, and other activities,” inhibiting inclusion in cultural resource surveys. Furthermore, too often, lay historians of color do the heavy lifting on educating white preservationists yet receive no financial or in-kind support for their time and expertise [14] (p. 7–8).
During the event, some mentioned engaging in one on one discussions and extending invitations to meetings as well as cultivating new members through mentoring. In other cases, individuals referred or recommended members again reinforcing the existing social circle. Others said it was essential to encourage new members who come with new ideas. Often the process of nomination was completely formal and required a nomination by elected officials such as city council members. These social interactions, however, have the disadvantage of redistributing local preservation power among the same groups over and over again. Most didn’t feel they could successfully identify opportunities to redistribute power through recruitment, programming, collaboration, or outreach. Common excuses included, “I tried, but they wouldn’t come” “They don’t seem to care about their heritage.” “Why can’t we get those people involved in what we are doing?” Few talked about ways to collaborate or support existing preservation projects that were BIPOC-led. Most workshop attendees from outside Gonzales struggled with finding ways to collaborate or share power with these organizations. The host city said asking groups how they can support or work with them on their high priority projects opens the door to commission leadership. Gonzales’s commission used this collaboration strategy. They invited local African American leadership to participate in the pilot training I led and to collaborate on community archiving projects.
The letter grades participants gave themselves were consistent with the results from annual and four-year reviews. When asked to give themselves a grade, 29% assessed themselves as performing at C or worse, with 25% of respondents essentially nonresponsive. Some 46% assessed themselves as being a B or better in a category indicating they believed their performance to be satisfactory. They shared their survey results to have their experience validated and to exchange promising practices. Notably, diverse groups with whom the host had recently started a partnership with on possible surveying projects were present as well.
A common theme across all of the recommendations were opening up their social circles, supporting existing preservation efforts, and always, reflexively evaluating their own bias and blind spots. The THC’s CLG program staff requested future training be conducted the following year in June in other communities. 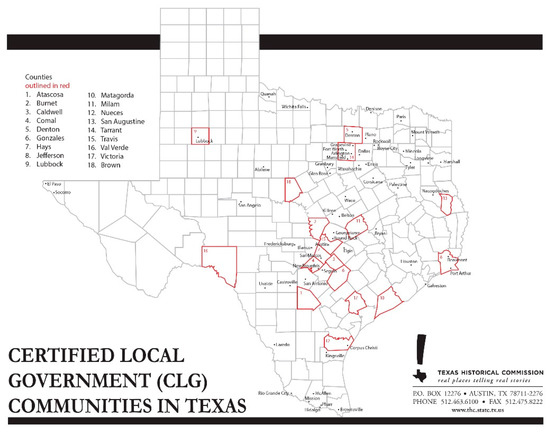