The heptathlon comprises the results of seven single disciplines, assuming an equal influence from each discipline, depending on the measured performance. Data analysis was based on the data recorded for the individual performances of the 10 winning heptathletes in the World Athletics Championships from 1987 to 2013 and the Olympic Games from 1988 to 2012. In addition to descriptive analysis methods, correlations, bivariate and multivariate linear regressions, and panel data regressions were used. The transformation of the performances from seconds, centimeters, and meters into points showed that the individual disciplines do not equally affect the overall competition result. The currently valid conversion formula for the run, jump, and throw disciplines prefers the sprint and jump disciplines but penalizes the athletes performing in the 800 m run, javelin throw, and shotput disciplines. Furthermore, 21% to 48% of the variance of the sum of points can be attributed to the performances in the disciplines of long jump, 200 m sprint, 100 m hurdles, and high jump. To balance the effects of the single disciplines in the heptathlon, the formula to calculate points should be reevaluated. View Full-Text
Keywords: athletics; rule change; cluster analysis; factor analysis; competitive performance athletics; rule change; cluster analysis; factor analysis; competitive performance
►▼ Show Figures 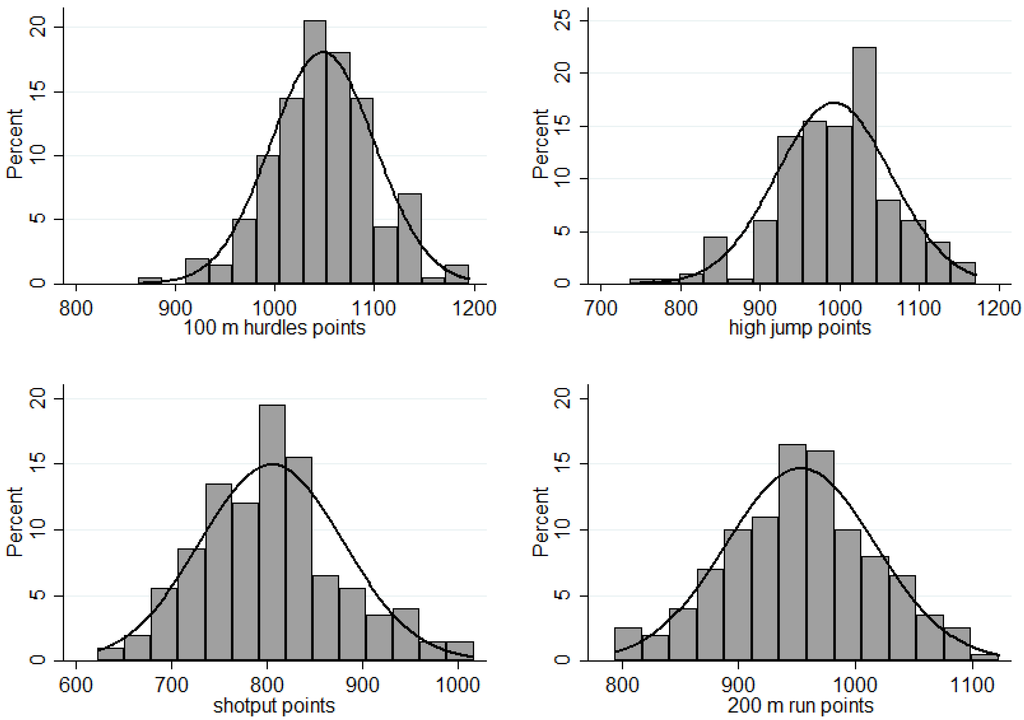