Brevibacillus laterosporus, a Pathogen of Invertebrates and a Broad-Spectrum Antimicrobial Species

The Helicoverpa zea transcriptome was analyzed 24 h after H. zea larvae fed on artificial diet laced with Helicoverpa zea single nucleopolyhedrovirus (HzSNPV). Significant differential regulation of 1,139 putative genes (p < 0.05 T-test with Benjamini and Hochberg False Discovery Rate) was detected in the gut epithelial tissue; where 63% of these genes were down-regulated and 37% of genes were up-regulated compared to the mock-infected control. Genes that play important roles in digestive physiology were noted as being generally down-regulated. Among these were aminopeptidases, trypsin-like serine proteases, lipases, esterases and serine proteases. Genes related to the immune response reacted in a complex nature having peptidoglycan binding and viral antigen recognition proteins and antiviral pathway systems down-regulated, whereas antimicrobial peptides and prophenoloxidase were up-regulated. In general, detoxification genes, specifically cytochrome P450 and glutathione S-transferase were down-regulated as a result of infection. This report offers the first comparative transcriptomic study of H. zea compared to HzSNPV infected H. zea and provides further groundwork that will lead to a larger understanding of transcriptional perturbations associated with viral infection and the host response to the viral insult in what is likely the most heavily infected tissue in the insect. View Full-Text
Keywords: Helicoverpa zea; HzSNPV; gut epithelium; microarray Helicoverpa zea; HzSNPV; gut epithelium; microarray
►▼ Show Figures 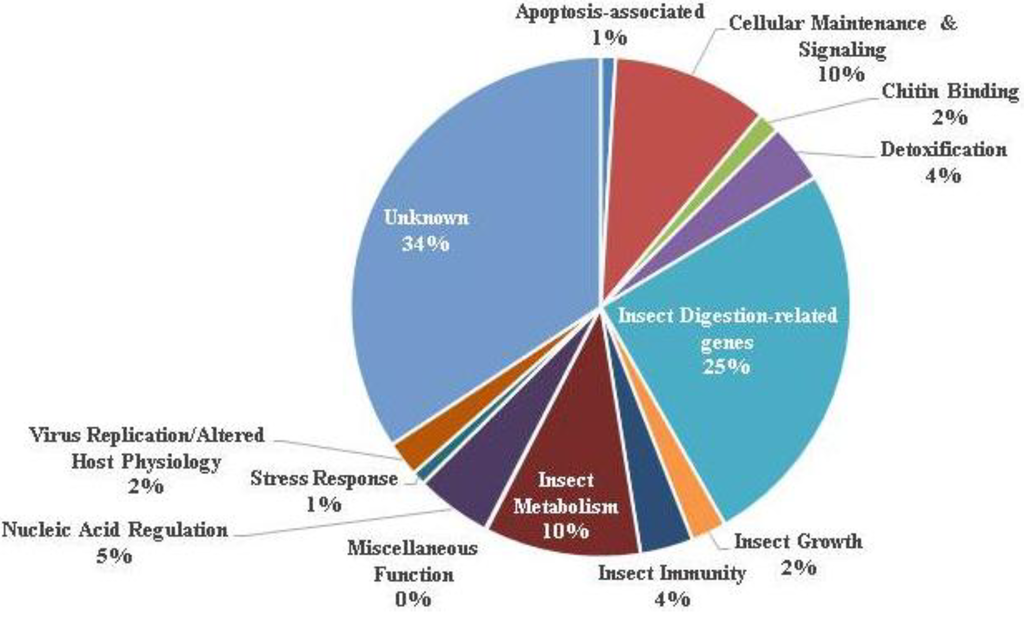