Best Practices for Comprehensive Annotation of Neuropeptides of Gryllus bimaculatus

Genome annotation is critically important data that can support research. Draft genome annotations cover representative genes; however, they often do not include genes that are expressed only in limited tissues and stages, or genes with low expression levels. Neuropeptides are responsible for regulation of various physiological and biological processes. A recent study disclosed the genome draft of the two-spotted cricket Gryllus bimaculatus, which was utilized to understand the intriguing physiology and biology of crickets. Thus far, only two of the nine reported neuropeptides in G. bimaculatus were annotated in the draft genome. Even though de novo assembly using transcriptomic analyses can comprehensively identify neuropeptides, this method does not follow those annotations on the genome locus. In this study, we performed the annotations based on the reference mapping, de novo transcriptome assembly, and manual curation. Consequently, we identified 41 neuropeptides out of 43 neuropeptides, which were reported in the insects. Further, 32 of the identified neuropeptides on the genomic loci in G. bimaculatus were annotated. The present annotation methods can be applicable for the neuropeptide annotation of other insects. Furthermore, the methods will help to generate useful infrastructures for studies relevant to neuropeptides.
Keywords:
Gryllus bimaculatus; neuropeptides; genome annotation; draft genome annotation; functional annotation

Genome annotation is vital infrastructural data that can support various studies for the organism under study, as well as for comparative understanding using other organisms. Draft genome annotations are designed and utilized to acquire an overview of the genes on the genome. Although most of the representative genes are well-addressed in the draft annotation, some groups of genes that are important for extensively differentiated studies are often missing or only annotated imperfectly. These imperfect annotations resulted from the transcripts located in specific tissues, expressed at limited levels and stages, or consisting of very short sequences. These may cause difficulties in conducting comprehensive genome annotation.
Neuropeptides exert regulatory mechanisms on various physiological and biological processes in insects, including circadian rhythms, courtship, development, feeding, olfaction, and reproduction [1]. Structurally, most neuropeptides are small molecules composed of fewer than 30 amino acids [2]. These neuropeptides are first translated from mRNA into precursor peptides and proteins, and then proteolytically cleaved and modified into mature peptides [3,4]. To function in their physiological roles, mature peptides are secreted into the extracellular environment and bind to the appropriate receptors, which are primarily the G protein-coupled receptors (GPCRs) featured with seven transmembrane alpha-helices [3].
Comparative studies with other insect neuropeptide sequences were performed by searching the transcriptome sequences assembled from RNA-seq [5,6,7,8] to identify neuropeptides in the two-spotted cricket, Gryllus bimaculatus. Although analysis through de novo transcriptome assembly reveals the high coverage of transcripts, information on genomic loci was not available. The information on genomic loci can expand the variety and convenience of gene analysis; most expression analysis tools for RNA-seq and single-cell RNA-seq (scRNA-seq) require the genomic loci, gene regions, as well as their adjacent sequences inspected in the transcription factor analysis, and gene copy number estimation is not feasible without the information related to genomic loci.
In 2021, the draft genome sequence of G. bimaculatus and its genome annotation was released [9]. A total of nine neuropeptides were previously reported in crickets, namely: adipokinetic hormone (AKH) [7], AKH/corazonin-related peptide (ACP) [7], allatostatin A (Ast A) [10], allatostatin B (Ast B) [11,12], corazonin [6], elevenin [6], myosuppressin [13], pigment dispersing factor (PDF) [14], and sulfakinin [15]. However, only two (Ast A and sulfakinin) were annotated in the genome assembly.
In this study, we identified neuropeptides and their genomic loci on the draft genome of G. bimaculatus in combination with the homology-based search and manual curation by experts on insect neuropeptides. Of the 43 neuropeptides, 41 neuropeptides and 32 neuropeptide genomic loci were identified in this analysis. These procedures complemented the incomplete annotation of the neuropeptides of G. bimaculatus, and they will be the basis for various studies in the future. In particular, the method described in the present study is applicable for comparative studies on other insect neuropeptide annotations.

2.1. Overview of Identification Method for Neuropeptides

The cDNA and translated protein of each neuropeptide were selected by searching for the sequences of closely related orthopteran species against the in-house database of G. bimaculatus transcripts constructed in previous reports [12]. Among the 43 neuropeptides that were reported in insects, 35 neuropeptides were provisionally determined as the reference neuropeptide sequences, which are the mature, precursor, or cDNA sequences (Table S1). In particular, the sequences of ACP [7], Ast B [12], corazonin [6], elevenin [6], myosuppressin [13], and PDF [14] were used as seed sequences as described in previously published studies. These selected proteins, except for sequences published in previous studies, were submitted with BLASTP [24] on the NCBI website (https://blast.ncbi.nlm.nih.gov/Blast.cgi (accessed on 16 July 2022)) with the clustered nr database to confirm homology with the sequences of closely related orthopteran species. These precursor proteins and their amino acid sequences deduced from cDNA were confirmed to belong to that they belong to appropriate protein clusters (Table S2).

The three gene annotation sets, i.e., the draft genome annotation, StringTie-based annotation, and Trinity-based annotation, were used to identify neuropeptide loci. In the case where at least one of the mature peptide, precursor, and cDNA sequences were available as seeds, they were aligned through the three gene annotation sets by BLASTP or BLASTN. The gene models were selected as candidate neuropeptide sequences if they matched one of the following criteria: at least one of the mature peptides was perfectly matched; the alignment length of the precursor sequence was at least 70%; and the alignment length of cDNA sequence was at least 60%. In the case of the neuropeptides for which precursor sequences of G. bimaculatus were not identified, the precursor sequences of other species were used as the seed. The gene models were selectively utilized as candidate neuropeptide sequences if the alignment length of the precursor sequence was at least 50%. When the corresponding annotation was not found by the abovementioned method, the reference cDNA was aligned against draft genome sequences using BLASTN to estimate the genomic loci, and gene models in the loci were subjected to curation. The genome sequence was constructed by long reads and reflected more accurate repeat regions and segmental duplications. Therefore, when the same sequence hit multiple loci, these were included in the manual curation. In the search for RYamide, in addition to the homology search of cDNA against draft genome sequences, the amino acid sequence with the mature peptide sequence motif “GSRYGKR” [33] was used to determine its candidates. Finally, the candidates were curated over the alignments among the neuropeptides by MAFFT (v7.490) (-clustalout, -reorder option) [34]. Amino acid and nucleotide sequences were both used for these alignments. Manual curation was performed as follows: the position of each mature peptide within each alignment was displayed to confirm the conserved amino acid residues and the processing position. If necessary, the open reading frame (ORF) of the transcript was arranged using seqkit (v2.2.0) [35], i.e., when no mature peptide was found despite matching the cDNA sequence, the reading frame of the cDNA was changed to search for the mature peptide. Visualization of the gene models on the draft genome sequences were performed using JBrowse (v1.16.1) [36].

The neuropeptides were validated by the expression analysis with the public RNA-seq data of the whole body of G. bimaculatus (SRP311541) (Table S4) [37]. The expression levels of annotated neuropeptide precursor genes were depicted by the heatmap accounting for TPMs of transcripts (Figure 2). For each of the gene models for trissin and elevenin, trissin (GBI_01877-RB) and elevenin (STRG.16982.2.p3), the transcript per million (TPM) values were 0 in all samples, which were exceptional cases in the heatmap. Cluster analyses of the transcriptional levels of each neuropeptides revealed three substantially different transcriptional patterns: higher levels at an early stage, steady increasing level according to post embryonic development, and a steep increase possibly owing to molting and eclosion. The putative splicing variants of neuropeptides were observed to have a differential expression pattern, indicating that the assigned transcriptional subtypes of neuropeptides were precisely annotated in the current study and that all subtypes had the possibilities of differentiated transcriptional levels and localization.

This research was supported by JSPS Grants-in-Aid for Scientific Research on Innovative Areas, Platform for Advanced Genome Science (19H02967 and 16H06279[PAGS]).

The data presented in this study: Gryllus bimaculatus draft genome sequence and gene annotation with neuropeptides are available in figshare (https://figshare.com/articles/dataset/Supplementary_table/21524097 (accessed on 24 November 2022)). RNA-seq data sets using in this study were obtained from Sequence Read Archive (DRR358356-DRR358364 for gene annotation, SRR14026720-SRR14026726 for validation).

Computations were partially performed on the NIG supercomputer at ROIS National Institute of Genetics. We would like to thank Keita Tamura for his advice on how to use figshare. 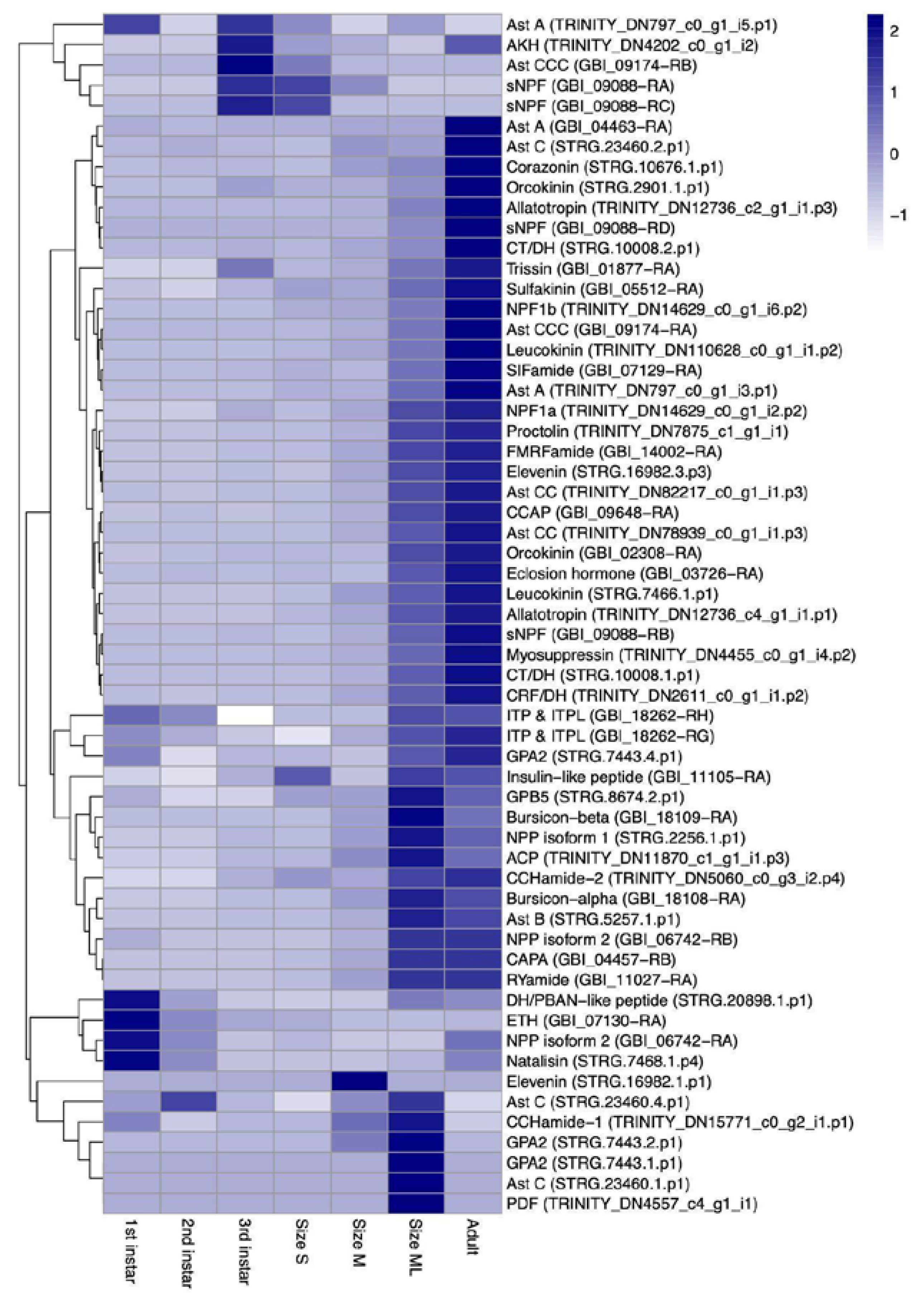 Table 1. Gryllus bimaculatus neuropeptides.
Table 1. Gryllus bimaculatus neuropeptides.
The data for D. melanogaster and B. mori were referenced from [23,42,43,44]. (1) The method was described as an annotation method. ‘D’ indicates draft genome annotation, ‘S’ indicates StringTie-based annotation, and ‘T’ indicates Trinity-based annotation. (2) The genomic loci for GBI_32100-RA and GBI_32200-RA were not identified in the draft genome. (3) The genomic locus for GBI_33200-RA was not identified in the draft genome.
© 2023 by the authors. Licensee MDPI, Basel, Switzerland. This article is an open access article distributed under the terms and conditions of the Creative Commons Attribution (CC BY) license (https://creativecommons.org/licenses/by/4.0/).