The burial of corpses may interfere with the succession of sarcosaprophagous fauna and forensic evaluation of post-mortem interval. For the first time in Italy, an experimental study was conducted on arthropods associated with buried pig carcasses in a rural area near Cosenza (Southern Italy). One carcass was left above the ground and five were buried: one of the buried ones was periodically exhumed to evaluate the effects of disturbance on decay processes and on arthropod fauna, and the other four were exhumed only once at given time intervals. The results revealed differences in taxa and colonization of arthropod fauna in the above ground and periodically exhumed carcasses. No arthropod colonization was detected in the carcasses exhumed only once, showing that a burial at about 25 cm depth could be sufficient to prevent colonization by sarcosaprophagous taxa.

Burial could be used by criminals to conceal the bodies of victims, interfering with the succession of sarcosaprophagous fauna and with the evaluation of post-mortem interval. In Italy, no experimental investigation on arthropods associated with buried remains has been conducted to date. A first experimental study on arthropods associated with buried carcasses was carried out in a rural area of Arcavacata di Rende (Cosenza), Southern Italy, from November 2017 to May 2018. Six pig carcasses (Susscrofa Linnaeus) were used, five of which were buried in 60-cm deep pits, leaving about 25-cm of soil above each carcass, and one was left above ground. One of the buried carcasses was periodically exhumed to evaluate the effects of disturbance on decay processes and on arthropod fauna. The other four carcasses were exhumed only once, respectively after 43, 82, 133, and 171 days. As expected, the decay rate was different among carcasses. Differences in taxa and colonization of arthropod fauna were also detected in the above ground and periodically exhumed carcasses. In carcasses exhumed only once, no arthropod colonization was detected. The results showed that a burial at about 25 cm depth could be sufficient to prevent colonization by sarcosaprophagous taxa and these data could be relevant in forensic cases involving buried corpses. View Full-Text
Keywords: arthropods; burial; decay; forensic entomology; insects; pig arthropods; burial; decay; forensic entomology; insects; pig
►▼ Show Figures 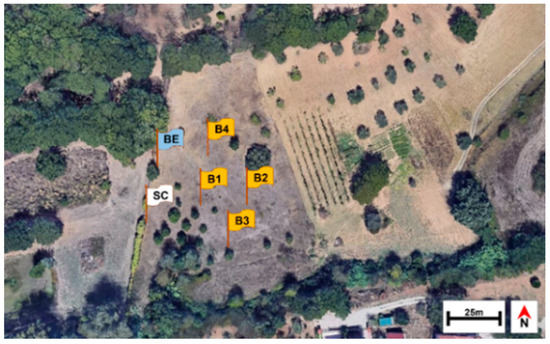