Exoplanets: Past, Present, and Future
Previous Article in Special Issue

A Changing-Look AGN to Be Probed by X-ray Polarimetry

Active galactic nuclei (AGN) produce the highest intrinsic luminosities in the Universe from within a compact region. The central engine is thought to be powered by accretion onto a supermassive black hole. A fraction of this huge release of energy influences the evolution of the host galaxy, and in particular, star formation. Thus, AGN are key astronomical sources not only because they play an important role in the evolution of the Universe, but also because they constitute a laboratory for extreme physics. However, these objects are under the resolution limit of current telescopes. Polarimetry is a unique technique capable of providing us with information on physical AGN structures. The incoming new era of X-ray polarimetry will give us the opportunity to explore the geometry and physical processes taking place in the innermost regions of the accretion disc. Here we exploit this future powerful tool in the particular case of changing-look AGN, which are key for understanding the complexity of AGN physics. View Full-Text
Keywords: AGN polarization; X-ray polarization; changing-look AGN AGN polarization; X-ray polarization; changing-look AGN
►▼ Show Figures 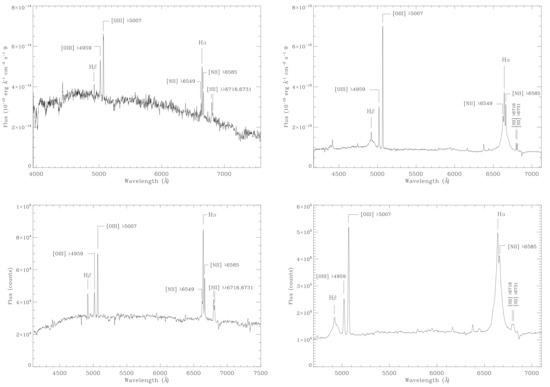