The Global Jet Structure of the Archetypical Quasar 3C 273

The polarization of relativistic jets is of interest for the understanding of their origin, confinement, and propagation. However, even though numerous measurements have been performed, the mechanisms behind jet variability, creation, and composition are still debated. We have performed simultaneous gamma-ray and optical photopolarimetry observations of 45 blazars with the Kanata telescope since July 2008 to investigate the mechanisms of variability and search for a basic relation between the several subclasses of relativistic jets. Consequently, we found that a correlation between the gamma-ray and optical flux might be related to gamma-ray luminosity, and the maximum polarization degree might be related to gamma-ray luminosity or the ratio of gamma-ray to optical flux. These results imply that low gamma-ray luminosity blazars emit from multiple regions. View Full-Text
Keywords: blazar; optical polarization; gamma-ray blazar; optical polarization; gamma-ray
►▼ Show Figures 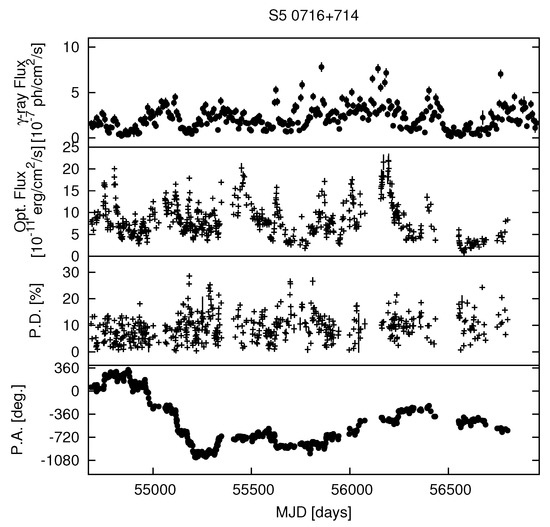