Application of Artificial Intelligence in the Detection and Differentiation of Colon Polyps: A Technical Review for Physicians
Previous Article in Journal

Triple Test Plus Rapid Cognitive Screening Test: A Combination of Clinical Signs and A Tool for Cognitive Assessment in Older Adults

The Illumina TruSeq Small RNA sample preparation protocol was used to produce the small RNA-seq libraries from total RNA. Briefly, total RNA were ligated with 3′ and 5′ adaptors and reverse transcribed followed by polymerase chain reaction (PCR) amplification to obtain cDNA constructs. The enriched cDNA constructs were size-fractionated and purified on a 6% polyacrylamide gel electrophoresis with the bands containing the 18–40 nucleotide RNA fragments (140–155 nucleotides in length with both adapters). Then, 75 bp single-end sequencing was performed on Illumina/Solexa platform with total reads of 10M per sample. Sequencing data was processed with the Illumina software. We used miRDeep2 to analyze the generated raw data, evaluate the overall sequencing qualities and determine the miRNA expression profiles. For expression analysis of miRNA, the gene expression level was calculated as Reads Per Million (RPM).

To identify differentially expressed mRNA from RNA-seq data, we adopted previous protocols [17]. Briefly, we retrieved mRNA with a minimum absolute fold change of 2 [17] and FPKM > 0.3 in RA or normal donor (Figure 1), since a threshold FPKM value of 0.3 balanced the numbers of false positives and false negatives [18].

In small RNA-seq analysis, we set the criteria of differential expression based on past studies [19,20]. To identify differentially expressed miRNA, we retrieved miRNA with a minimum absolute fold change of 1.5 [19] and RPM > 10 in RA or normal donor, since a threshold of 10 RPM identified all functional miRNAs while removing many inconsequential reads [20] (Figure 1).

3.1. Contribution of Transcription Factors and miRNA to Differentially Expressed mRNA

To confirm differential expression of miRNA in RA synovial fibroblast, we compared our small RNA-seq results with miRNA profiling of GSE37276 [27] (Figure 1, Figure S1). Although eight miRNAs were identified, the role of only one miRNA (hsa-miR-146a-5p) in RA synovial fibroblast has been well-studied [34]. Thus, we focus on remaining two upregulated miRNA and five downregulated miRNAs (Figure S2B, Figure 5, Figure 6A,B).

In past decades, advancement in the understanding of molecular bases of disease pathogenesis and the application of new technologies fundamentally transformed our treatment of those diseases [4]. Combining of RNA-seq and small RNA-seq allowed researchers to examine RA synovial fibroblasts at the scale of a complete transcriptome and miRNA interactome. Our analysis identifies transcription factors responsible for an altered transcriptome and elucidates miRNA participating in expression regulation. These findings provide a more comprehensive understanding of the pathophysiology of aberrant synovial fibroblasts activation [39] and the mechanisms underlying the role of synovial fibroblasts in the process leading to RA.

The authors thank the Center for Research Resources and Development of Kaohsiung Medical University. 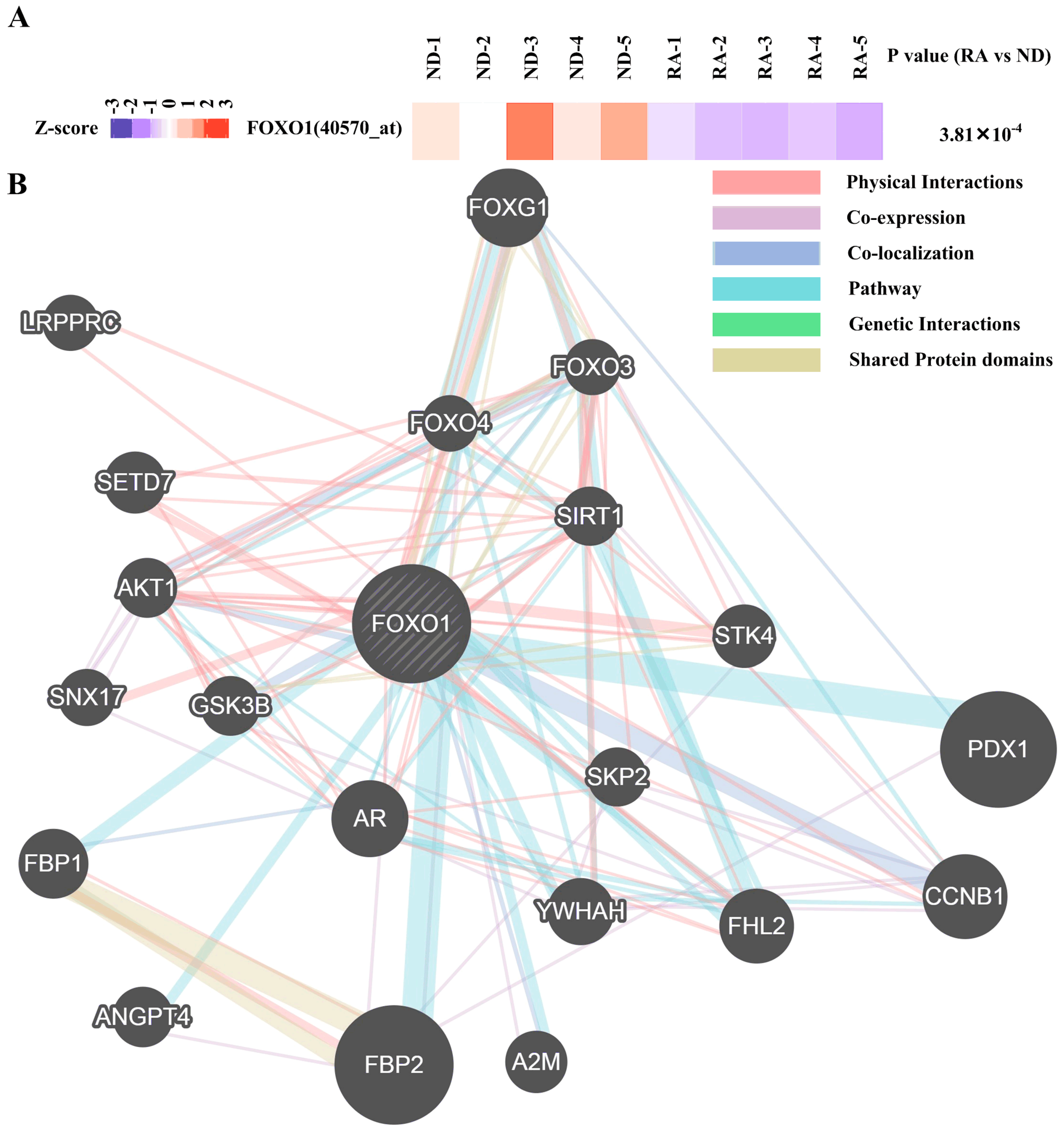