Chronic obstructive pulmonary disease (COPD) is a common and largely avoidable disease that is characterized by irreversible airway obstruction, attributable to inhaled noxae and particles. Therapeutic decisions in patients with COPD have largely relied on spirometry. However, given the 2017 GOLD report, spirometry is no longer valid for therapeutic decision-making. Currently, medication is chosen by clinical criteria without widespread availability of objective, quantifiable diagnostic tools [1].
Quantified computed tomography (qCT) is an emerging technique in the complex field of COPD diagnostics. First described in 1988 by Muller et al., they used standardized, visual “density masks” to quantify emphysema in patients with COPD [2]. With advances in scanner technologies and evaluation algorithms, increasing amounts of information can be gathered from non-contrast-enhanced chest CTs in COPD. For example, bronchial airway parameters were shown to correlate not only with lung function parameters but also with exacerbation rates and clinical symptoms [3,4,5]. Additionally, significant pathological findings in non-contrast-enhanced chest CT in patients with COPD, such as emphysema and air trapping, are associated with an increased mortality [6,7,8]. On the basis of this evidence, the American Thoracic Society and the European Respiratory Society proposed to evaluate routine chest CT in patients with newly diagnosed COPD [9].
In light of these findings, as well as emergent research in this field, qCT is more likely to contain additionaly, comprehensive COPD-related information than is currently understood and utilized.
Machine-based learning algorithms comprise emergent techniques to evaluate potential connections between imaging data and clinical parameters or outcomes [10,11]. Recently, several commercially available software solutions, using algorithms similar to those in stroke imaging and diagnosis, have been successfully evaluated [12]. However, the potential benefits of these methods have currently not been applied to the field of qCT in patients with COPD.
Therefore, the aim of this study was to evaluate the feasibility of predicting lung function parameters with radiomics features, acquired by non-contrast-enhanced chest qCT, in patients with COPD. Various mathematical models as well as machine learning-based algorithms were evaluated.

The HIPAA-compliant study protocol, which is in accordance to the Declaration of Helsinki, was approved by our local ethics committee (2015-415M-MA).
We prospectively enrolled 75 consecutive patients with previously diagnosed COPD and a clinical indication for non-contrast-enhanced chest CT in a single center approach. Written informed consent was obtained from all patients following a full explanation of the purpose of the study and of potential risks and discomfort associated with their participation.

All patients underwent whole-body plethysmography (MasterScreen® Body, CareFusion, Höchberg, Germany) which yielded the following parameters: forced expiratory volume in one second (FEV1), ratio of residual volume to total lung capacity (RV%TLC), and Tiffeneau index (FEV1/VC). Apart from RV%TLC, all plethysmographic values are represented as the percentage of the expected value, as calculated according to current ATS/ERS recommendations [13,14].

A non-contrast chest scan was performed in maximum inspiration and maximum end-expiration using a third-generation dual-source CT system (Somatom FORCE, Siemens Healthineers, Forchheim, Germany) at 100 kVp with an additional tin filter behind the source for dose reduction [15,16]. In addition to a pre-imaging briefing, the patients received voice commands for optimal inspiration and expiration results. Existing medication was not withheld prior to imaging. The scan parameters were as follows: 100 kVp tube voltage, automated tube current modulation using 96 mAs at 120 kVp as reference (effective mAs = 166.5 ± 105), 0.25 s rotation time, pitch 1.2, 192 mm × 0.6 mm detector collimation. All images were reconstructed with a slice thickness of 1.5 mm, using a suitable reconstruction kernel for quantitative lung analysis (Br32) and a third-generation, iterative reconstruction technique (Adaptive Model-based Iterative reconstruction [ADMIRE], Siemens Healthineers, Germany). The reconstruction algorithm was explained in a recent publication by Gordic et al. [17]. An iterative strength level of four (out of a maximum of five) was chosen for the present study for optimum image noise, as recommended by the CT vendor for quantitative lung analysis. The average CTDI was 0.48 ± 0.19 mGy and the mean DLP 17.2 ± 6.5 mGy·cm.

Inspiratory and expiratory datasets were analyzed using dedicated semi-automatic software (SyngoViaVB10, Pulmo3D, Siemens Healthineers, Forchheim, Germany). Lung segmentation was automated and manually revised only if necessary. Four quantitative parameters were acquired: total lung volume (volume), mean lung density (MLD), full-width-half-max (FWHM), and low attenuation volume (LAV). The LAV threshold for emphysema was set to −950 HU. This cut-off has been extensively evaluated in previous studies and strongly correlates with microscopic and gross emphysema [18,19,20]. FWHM marks the width at the half maximum of the voxel count to a specific HU value curve, representing the density distribution of the lung parenchyma. The difference of the values between inspiratory and expiratory scans were defined as delta values and were used as a distinct dataset in this evaluation. The use of this additional delta data has shown to be beneficial in previous studies [3].

Five models were used for the prediction of lung function values: mean prediction, median prediction, polynomial regression, k-nearest neighbor regression (kNN), an additive regression with regression trees in XGBoost, and an artificial neural network multilayer perceptron regression (Tensorflow, Google, Mountain View, CA, USA). All breathing states (inspiration, expiration, delta) and parameters (volume, MLD, LAV and FWHM) were used as input data for every model.
Mean and median prediction was performed, using target lung function values. Therefore, both methods yielded the same results for inspiration, expiration, and delta values. To find best performance, polynomial regression and kNN were performed using different degrees and k values, respectively. The polynomial regression was calculated for every degree from 1 to 10 because the performance peak had already been reached after the third degree. The kNN regression was performed for all k-values between 1 and 74 because 75 patients were included in the study. The approach of finding the ideal k and degree can be seen in Figure 1. Weighted voting based on distance was used to combine the values of the k neighbors.
XGBoost and multilayer perceptron largely remained at their default settings. For XGBoost, this meant a total number of 100 trees, with a maximal depth per tree of three and a boosting learning rate of 0.1. The multilayer perceptron had five neurons building the input layer, two hidden layers with 256 neurons each, and one output neuron.

“Leave one out” cross validation was used to measure the prediction performance for all models and parameters, which has been shown to be beneficial for small cohorts [21,22]. The mean absolute and the corresponding mean relative error (MRE) were used as markers for prediction performance [23]. Both values were compared for every model, breathing state, and parameter using ANOVA and corrected by Tuckey HSD for multiple testing via dedicated software (JMP 12, SAS, Cary, CA, USA). A p-value of less than 0.05 was considered statistically significant.

In the brute force approach to find the ideal k for the kNN model and the degree of the polynomial regression, respectively, different values demonstrated the best mean relative error. The degrees are shown in Table 1. These values were used in additional analysis for comparison with the performance parameters of other mathematical models.

With regard to the mean absolute and relative errors of the predicted lung function values, no significant difference among the used models was found. The MRE ranged between 16 and 47 percent. Overall, kNN and the polynomial regression consistently showed the lowest absolute and relative errors in relation to the measured body plethysmography values.
Despite the lack of significant differences in the statistical analysis, there were distinct differences among the predicted lung function values of the different models. As shown in Figure 2, the MRE of the polynomial regression for RV/TLC (dotted line) was lower in the expiratory dataset (Ø 22.3) in comparison with the inspiratory (Ø 26) and delta datasets (Ø 25). This phenomenon was also noticeable for FEV1/VC. In this case, the lowest MRE was calculated for the delta dataset (Ø 17) in comparison with the expiratory (Ø 18) and inspiratory datasets (Ø 20), with details given in Table 3. 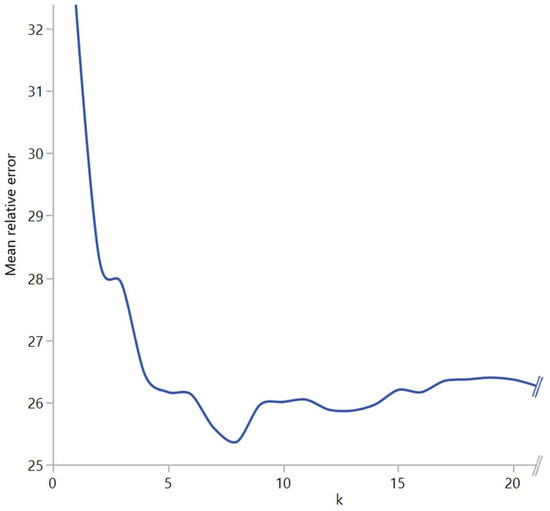 Table 3. Absolute and relative errors of all algorithms tested.
Table 3. Absolute and relative errors of all algorithms tested.
Mean absolute error (MAR) and the mean relative error (MRE) of the predicted lung function values. The MAR is given as the amount of the absolute error needed to compensate the negative signs. FEV1: forced expiratory volume in one second; VC: vital capacity; RV: residual volume; TLC: total lung capacity; kNN: k-nearest neighbour; MRE: mean relative error; MAR: mean absolute error.
© 2019 by the authors. Licensee MDPI, Basel, Switzerland. This article is an open access article distributed under the terms and conditions of the Creative Commons Attribution (CC BY) license (http://creativecommons.org/licenses/by/4.0/).
We use cookies on our website to ensure you get the best experience. Read more about our cookies here.
Accept
We have just recently launched a new version of our website. Help us to further improve by taking part in this short 5 minute survey here. here.
Never show this again