The Expansion of Cholangioscopy: Established and Investigational Uses of SpyGlass in Biliary and Pancreatic Disorders

In the recent years, thermal therapy has gained a lot of interest among clinicians for treating abnormal tissues such as benign and malignant tumors as it can be applied to spatially targeted parts in a minimally invasive manner [1]. This technique utilizes heating of tissues from 50 °C to 80 °C in order to obtain in-situ coagulation necrosis that leads to cell death [2]. The process of heating tissues has been performed in various techniques such as radio-frequency radiation, high-intensity focused ultrasound (HIFU), and high-power laser sources capable of forming thermal energy to the targeted region of the tissue [3,4,5]. It is essential to diagnose tissue coagulation and monitor thermally treated tissues to precisely assess a treated region and thus minimize possible damage to surrounding healthy tissues. In this regard, several modalities have been explored, such as magnetic resonance imaging (MRI), ultrasound imaging (US), and optical techniques such as optical coherence tomography (OCT) and optical spectroscopy [6,7,8,9,10]. Although these techniques have their own merits for monitoring thermal therapy, they have certain limitations. For example, MRI provides high resolution and contrast but suffers from high cost and acquisition time. In contrast, ultrasound allows real-time diagnosis in low cost, but its relatively poor imaging contrast often makes diagnostic decision obscure for thermally coagulated tissues. Subsequently, optical techniques such as OCT and optical coherence elastography (OCE) have been extensively utilized for tissue characterization based on mechanical properties with micro-scale spatial resolution [9,11]. Since tissue coagulation significantly increases optical scattering, the penetration depth in these optical techniques has been limited only to a few mm [12]. Hence, it would be highly beneficial if noninvasive differentiation between normal and coagulated tissues could be performed with high contrast and low cost to monitor the therapeutic efficiency of thermally treated tissues and then diagnose the coagulated tissues.
Here, we propose a photoacoustic (PA) spectral sensing technique for in-vitro quantitative differentiation of intact and coagulated chicken tissues based on tissue elasticity. As a noninvasive and nonionizing diagnosis technique, this utilizes nano-second laser pulses to generate bipolar acoustic waves thermo-elastically from light-absorbing tissues, which are referred to as PA response [13]. Intrinsic properties of the target tissue, such as optical absorption and tissue elasticity, can be characterized by PA responses in terms of peak pressure amplitude, pulse width, and relaxation time [14,15,16]. Since thermal coagulation of tissues induces significant deformation in tissue elasticity, intact and coagulated tissues can be differentiated sensitively by using their PA responses. Here, we measure time-domain PA waveforms using intact and coagulated excised chicken tissues and then characterize their frequency spectra. A dominant frequency component of PA frequency spectrum is introduced to quantitatively characterize coagulation-induced tissue hardness. A significant high-frequency shift of more than 1 MHz is observed for differentiation. Two types of tissues with different initial elasticity (excised chicken liver and muscle) are used to prove the validity of the PA spectral sensing technique. The consistency of the results is also verified by applying the technique to five sets of animal tissues.

For this study, we prepared tissue samples from five chicken livers and five chicken muscles. The samples are normal chicken meat available in market. For thermal therapy of the tissues, these samples were exposed to a nanosecond pulsed laser beam (either 532- or 1064-nm wavelength available) with an optical fluence of 100 mJ/cm2 for 1 min. In order to ensure coagulation of tissue samples, we used the laser beam with 532-nm wavelength to irradiate the liver tissues and 1064-nm wavelength to irradiate the muscle tissues. Both tissues were exposed to the identical optical fluence. The samples under laser irradiation were carefully monitored to ensure coagulation and avoid carbonization or evaporation. Figure 1 shows examples of coagulated liver and muscle tissues. Then, the samples were coated with a thin layer of ultrasound gel and wrapped with a parafilm avoiding bubble formation. Thereafter, the samples were placed to the bottom of water tank.

The experimental schematic is shown in Figure 2. Tissue samples were irradiated with an Nd:YAG pulsed laser beam (Ekspla NT342c; 5-ns width, 10-Hz repetition rate, 2 mJ/cm2 optical fluence). Under laser irradiation with the short temporal pulses, the tissues absorbed the optical energy and generated thermoelastic volume expansion before significant heat diffusion occurred. These signals were acquired by an ultrasound sensor (Panametric V383; centre frequency 3.5 MHz; unfocused), which was placed approximately 3 cm away from the tissue sample. The sensor output was connected to a digitizer (NI PXI5124), which acquires the time-domain signal at 200 Msps sampling rate. A time average was performed by using 200 waveforms in order to improve the signal-to-noise ratio.

For extraction of frequency spectral parameters from obtained PA response, Fast Fourier Transform (FFT) was applied. Prior to performing FFT, the background noise was subtracted from the signal to obtain the true PA response of the sample. Subsequently, PA responses were normalized to eliminate effect of optical absorption and other experimental parameters. A dominant frequency of the PA frequency spectrum was utilized as a key parameter for elasticity to differentiate normal and coagulated chicken tissues.

This work was funded by Department of Biotechnology, India (BT/PR/5879/MED/32/241/2012). This work was also funded by SERB Department of Science and Technology India (EMR/2017/004411). D.B. acknowledges the support from Basic Science Research Program through the National Research Foundation of Korea funded by the Ministry of Education (NRF-2018R1D1A1B07049257). H.W.B. acknowledges the support from the MSIT (Ministry of Science and ICT), Korea, under the ITRC (Information Technology Research Center) support program (IITP-2020-2018-0-01798) supervised by the IITP (Institute for Information and Communications Technology Promotion).

The authors thank I. A. Palani and his research team for technical support. 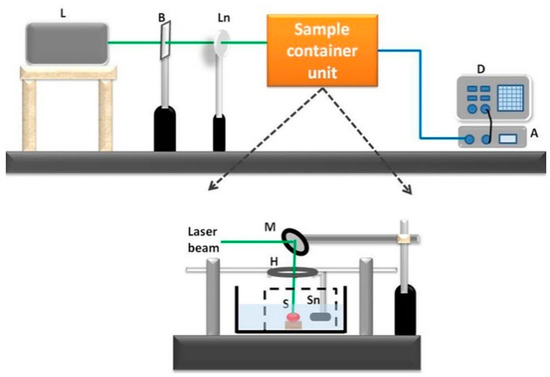 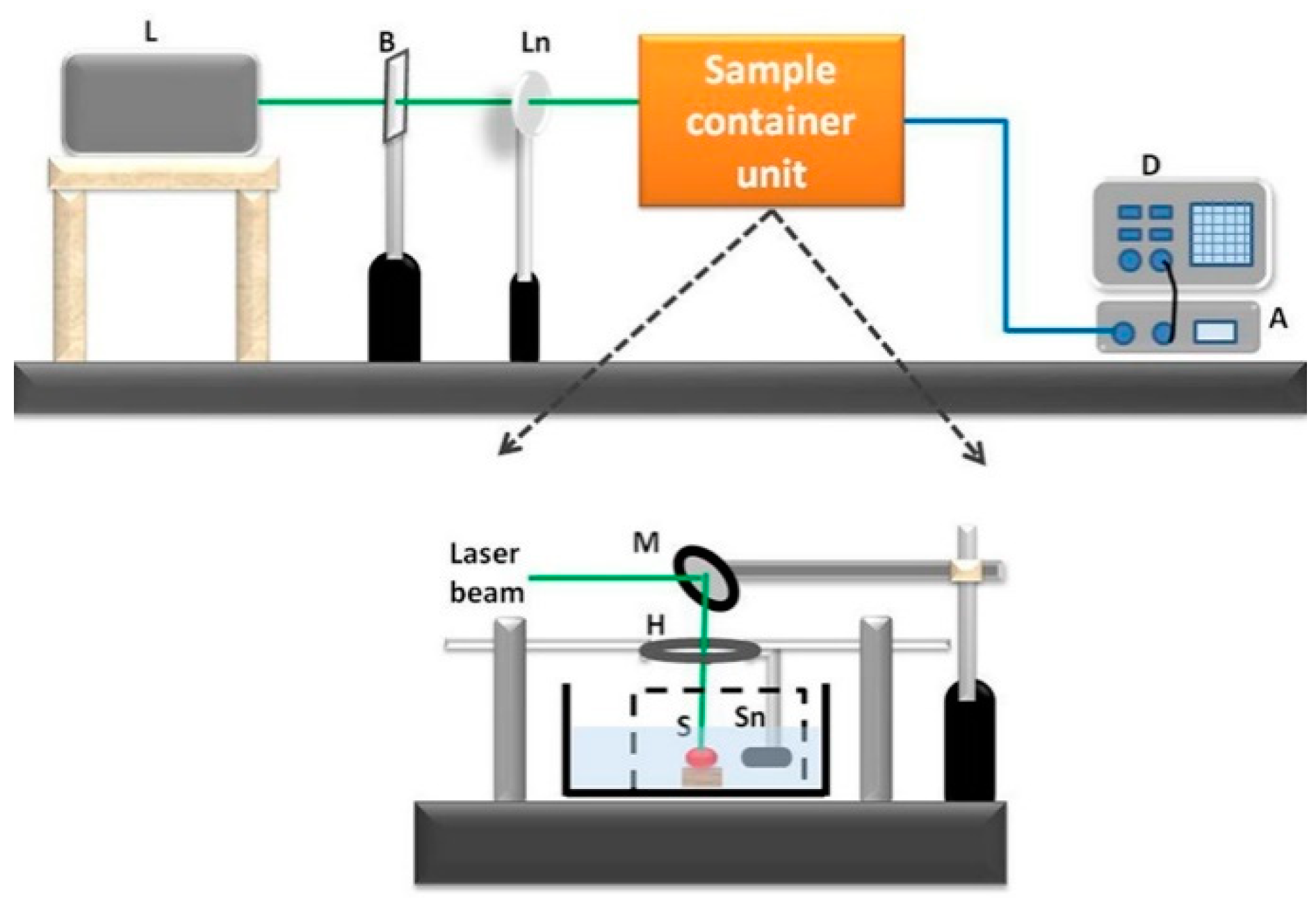