The Effect of Limited Diffusion and Wet–Dry Cycling on Reversible Polymerization Reactions: Implications for Prebiotic Synthesis of Nucleic Acids
Next Article in Special Issue

Hans Georg Trüper (1936–2016) and His Contributions to Halophile Research

Probing Saltern Brines with an Oxygen Electrode: What Can We Learn about the Community Metabolism in Hypersaline Systems?

We have explored the use of optical oxygen electrodes to study oxygenic photosynthesis and heterotrophic activities in crystallizer brines of the salterns in Eilat, Israel. Monitoring oxygen uptake rates in the dark enables the identification of organic substrates that are preferentially used by the community. Addition of glycerol (the osmotic solute synthesized by Dunaliella) or dihydroxyacetone (produced from glycerol by Salinibacter) enhanced respiration rates. Pyruvate, produced from glycerol or from some sugars by certain halophilic Archaea also stimulated community respiration. Fumarate had a sparing effect on respiration, possibly as many halophilic Archaea can use fumarate as a terminal electron acceptor in respiration. Calculating the photosynthetic activity of Dunaliella by monitoring oxygen concentration changes during light/dark incubations is not straightforward as light also affects respiration of some halophilic Archaea and Bacteria due to action of light-driven proton pumps. When illuminated, community respiration of brine samples in which oxygenic photosynthesis was inhibited by DCMU decreased by ~40%. This effect was interpreted as the result of competition between two energy yielding systems: the bacteriorhodopsin proton pump and the respiratory chain of the prokaryotes. These findings have important implications for the interpretation of other published data on photosynthetic and respiratory activities in hypersaline environments. View Full-Text
Keywords: salterns; halophilic; hypersaline; oxygen; Halobacteria; Haloquadratum; Salinibacter; bacteriorhodopsin salterns; halophilic; hypersaline; oxygen; Halobacteria; Haloquadratum; Salinibacter; bacteriorhodopsin
►▼ Show Figures 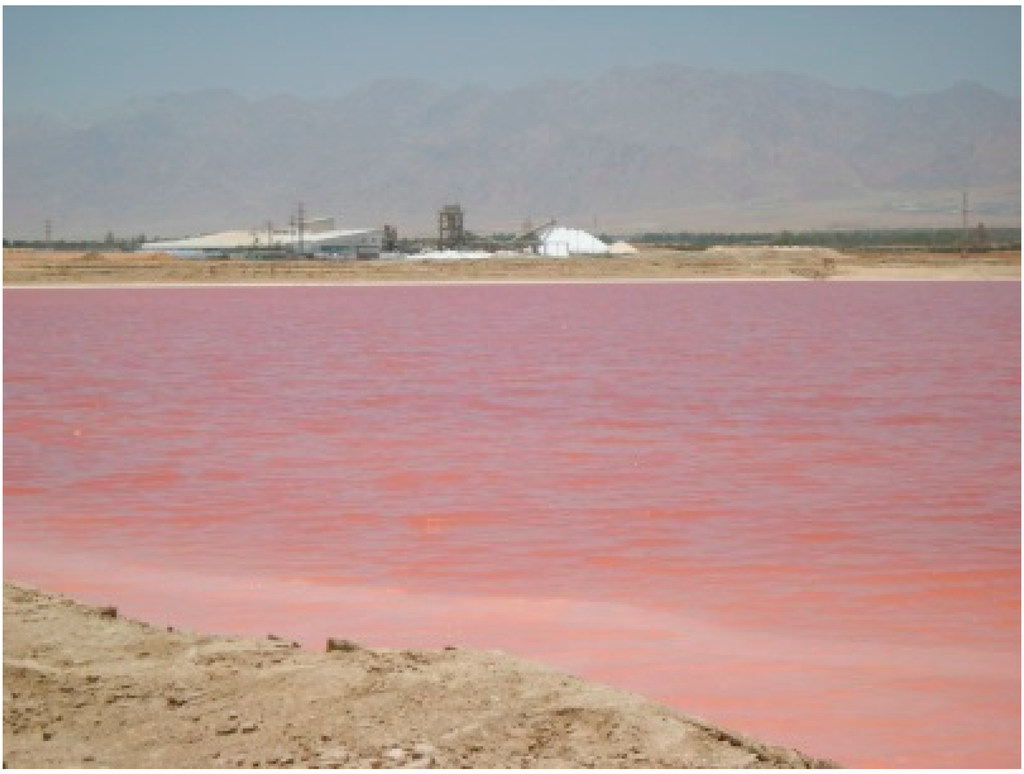