Facility Location Selection for B-Schools in Indian Context: A Multi-Criteria Group Decision Based Analysis
Next Article in Special Issue

We have proposed that human life is formed on a space and time function relationship basis, which is distorted after fertilization in the ovum, from which growth is generated by a space–time distortion against the universe’s gravity. A space–time distortion’s reduction can be managed by space and time separation, which is known as mindfulness. A space–time distortion in human cells is configured by a polariton traveling in a gold grating film, which can be employed to investigate mindfulness characteristics. Mindfulness is the steady state of the time function of energy after the separation. Energy levels of mindfulness based on polariton aspects are categorized by a quantum number (n), which can be reduced to be a two-level system called Rabi oscillation by a successive filtering method. We have assumed a cell space–time distortion can reduce to reach the original state, which is the stopping state. Mindfulness with a certain frequency energy level of n = 2 was achieved. Several techniques in the practice of mindfulness based on successive filtering called meditation are given and explained, where the required levels of the mindfulness state can be achieved. The criteria of the proposed method are a low energy level (n) and high frequency (f) outputs, which can apply to having a working performance improvement.
Keywords: mindfulness; working performance; polariton; successive filtering; Rabi oscillation; plasmonic circuit mindfulness; working performance; polariton; successive filtering; Rabi oscillation; plasmonic circuit

Mindfulness is the saturation energy of the mind and has been studied and used for humans in various applications [1], where the use of mindfulness for psychology [2,3,4,5] and health [6,7,8,9,10] is reported. The study of mindfulness and working performance has recently been reported [11,12,13,14], however, mindfulness energy levels and characteristics have never been investigated. By using the wave–particle aspect of the human mind energy wave, the mindfulness level can be configured and used for various forms of investigations. Wave–particle is a paradox pair localized at the same location in a universe [15], which can be dark (nothing) or bright (something) energy forms. Since the vibration is induced by bright and dark energy distortion, a Plank’s length [16] is formed and continuously oscillated inside the event horizon. The first wave and particle projection can be observed [17] at the event horizon edge, where the related distortion quantity between the entangled pair is established, recognized as time. The speed of light can be calculated from the space–time distortion, which is of a constant value. The wave–particle vibration energy is now quantized after the event horizon, from which the space–time distortion has begun, and the universe is formed [16]. Human life has also been formed by the wave–particle aspect, consisting of both material and nonmaterial, which is also originally from vibrations in the initial state. Initially, a sperm generated a shock wave known as a soliton pulse, coupled with ionic dipoles in an egg, where life began [18,19]. The heart and blood content formed by the sperm and egg is distributed to the whole zygote. The coupling between the sperm shock wave and the ionic dipole oscillation frequency becomes the heartbeat cycle. The space distortion involved after the event horizon border gives more space–time distortion, i.e., more body gravity. Continuous human growth generates an increase in the space–time transmission networks, connected to the brain as the central processing unit. [20,21]. Human organs are formed by the space–time distortion and quantized energy and linked by the transmission networks [15,19,22,23]. Human growth regarding space–time distortion can be adjusted automatically. A differential blood pressure occurs when the growth becomes unbalanced with gravity, which can be described by ρgh, where ρ is the blood density, g is the gravity, and h is the blood content height. By using successive filtering, the polariton space–time distortion can be observed by Plank’s radiation [18,24], in which the space–time distortion can be traced back and reach the Plank’s radiation locations. The Rabi frequency can be formed by the two-level system [17,25]. Similarly, working performance and quality can be achieved by a focus of one thing while working in the same way as successive filtering, where the uncertainty can be minimum [17]. The concentration can give the resonance between the body and mind while working, where the optimum mindfulness level can generate a small mind space–time distortion, leading to the real mind state in nature. The human body formed and grew as a symmetrical structure [19,21,22,25]. Therefore, cell communication within the body can be controlled to have stereo signal distribution, which is suitable for space–time distortion control. In this case, the space–time successive filtering technique called meditation is suggested for space–time distortion reduction. We assumed that the human mind is formed by the polariton transmission network [26,27], where the brain is the central processing unit. Successive filtering of the human transmission signals can be applied to have mindfulness with a focused concentration. Meditation is applied to have high-level mindfulness, where the internal and external space–time distortions can be ignored. Therefore, the human mind’s streamline network can be adjusted to having the minimum space–time distortion. When there is no external and internal noise effect to the mind and body, the space–time distortion almost vanishes. Moreover, a high concentration of high-level mindfulness can achieve the body and mind’s working resonance, which can lead to having high performance. The simulation results are obtained by the Matlab program. The results are interpreted and discussed relative to the proposed theoretical background.

The first human space–time observation formed by two different spaces is the two-level system, which has space and time functions. Firstly, one is from a sperm and an egg, which becomes a zygote after fertilizing. The distortion in space (zygote) is continuous in Plank’s length (energy) until the event horizon [16,22], the projection from the first to the second resonant space-induced time function involved. A zygote formed by a wave–particle projection oscillates by the Rabi oscillation frequency. This is the two-level system [17,25], where the energy is quantized. The zygote is developed to be a baby, from which the mind energy level can be changed because of the growth from the space–time distortion.
The coupling between a sperm shock wave and an egg ionic dipole generates the plasmonic wave oscillation with a frequency f. The resonant space–time function outside the event horizon is given by [15,17] where is the first space function formed by a sperm and an egg, D(z,t) is the second space–time function formed by the resonant environment, and + are the growth and decay time distortions based on the energy conservation, respectively.
Mindfulness is formed when the mind function is separated from the space function, in which H(t) is the time-dependent function, which is written as where the signs (±) represent the spin-up and -down of the polariton spins.
Each state of mindfulness (n) is a steady-state of Equation (1), which is satisfied with Equation (3). The space function is a constant, which is expressed by
The mind function is maximum at the steady state, which is called delightfulness. It is the mindfulness transition state, where n is the state number, and n = 1, 2, 3, …. The human mental energy level (n) can reach a certain high-level, and the third eye behavior can be formed, from which the communication known as telepathy can be performed. The power increases due to the shorter switching time in the mind’s successive filtering process. However, mental energy is always conserved.
The plasmonic circuit has the form of the panda ring as shown in Figure 1. The circuit consists of two linear bus waveguides and a silicon microring as the center ring with two small rings at its sides. The gold gratings at the center ring are described by the Drude model [26,27,28,29] which explains the behavior of electrons in the gold gratings when illuminated by light as given in Equations (4) and (5). where is defined as relative permittivity, m is defined as mass, e is defined as electron charge, and n is defined as electron density. At resonance, is defined as plasma frequency resonance given as
is defined as the electron density which results in plasmonic wave oscillation when in an electric field. The Bragg wavelength is defined as = 2, where is defined as the grating period, and is defined as the effective refractive index. The Kerr effect is the nonlinear effect present in the circuit given as = + I = + , where is defined as the linear refractive index, is defined as the nonlinear refractive index, I is defined as the optical intensity, P is defined as the optical power, and is defined as the effective mode core area. The two small rings at the side of the center ring induce the nonlinearity effect as the small rings act as phase modulators. At the two outputs of the plasmonic circuit, the normalized intensities are given as

We have proposed the technique of human working performance development by using the mindfulness successive filtering method based on polariton manipulation within a two-level system. A high-frequency and small quantum number of the polariton states are required to have mindfulness development. Successive filtering will lead to having high power due to the shorter switching time (high frequency), while low energy levels will lead to having a Rabi oscillation. Finally, the stopping state is established. By using meditation in everyday life, the best working performance can be achieved when the synchronous between the mind and body is an active operation, where the low mindfulness power will be the target. Simulation results show that the Rabi oscillation behaviors based on polariton successive filtering can be configured as the mindfulness interpretation. In applications, mindfulness development can be applied for human performance in everyday life, where a small space–time distortion is the target. The use of a mindfulness model can also be applied for the quantum consciousness and humanoid brain, which can lead to having an ethical humanoid robot and a peaceful society.

The authors would like to acknowledge to Ton Duc Thang University, Vietnam for the research facility.

The authors have declared that this work has no conflict of interest. 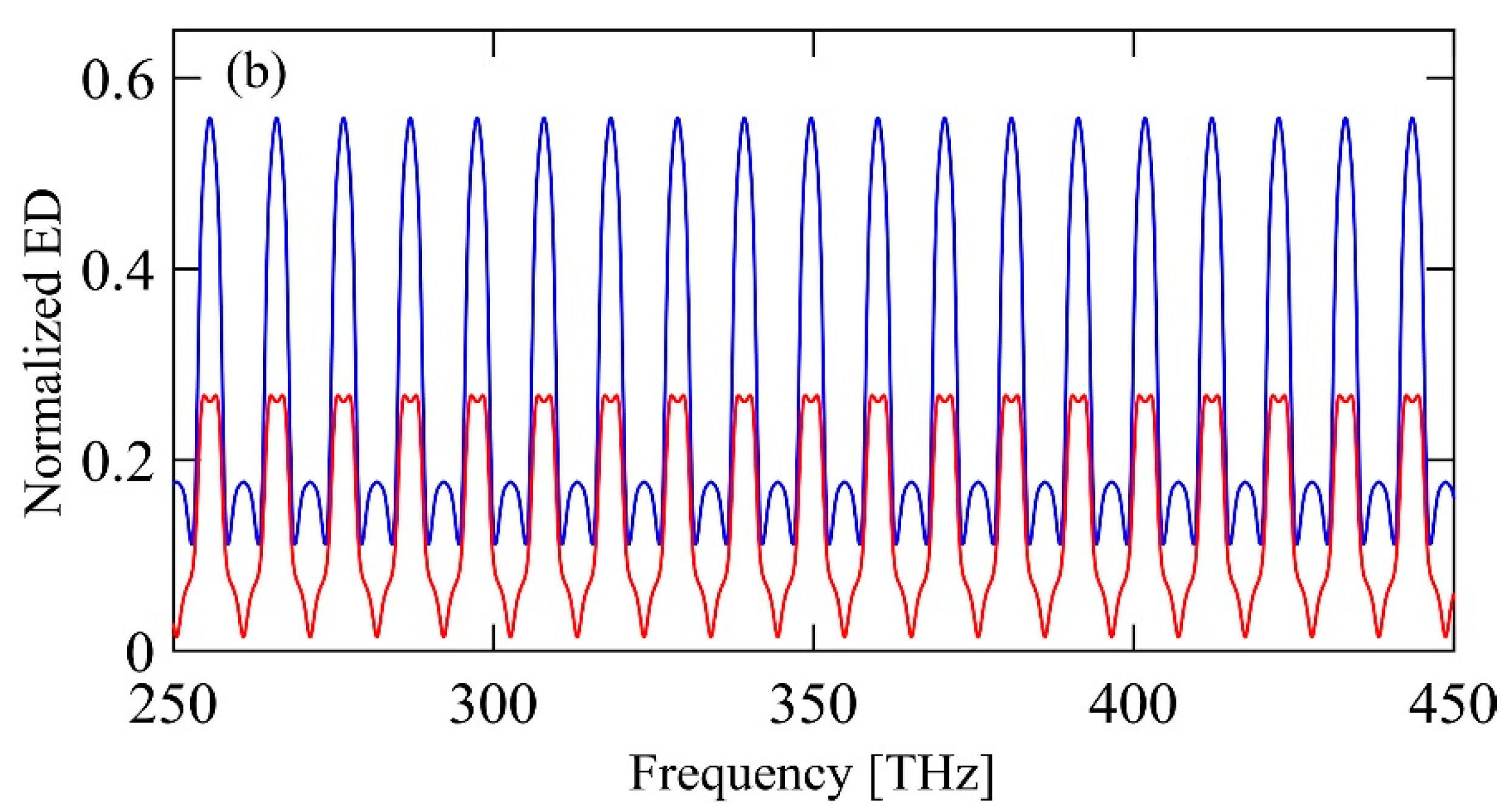 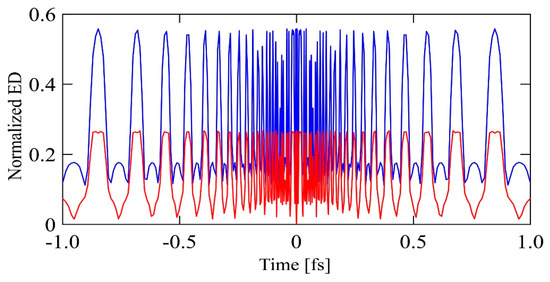 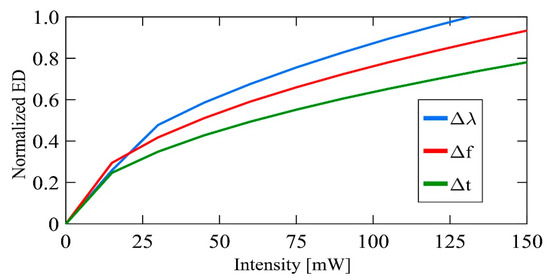 Table 1. The selected simulation parameters.
Table 1. The selected simulation parameters.
© 2020 by the authors. Licensee MDPI, Basel, Switzerland. This article is an open access article distributed under the terms and conditions of the Creative Commons Attribution (CC BY) license (http://creativecommons.org/licenses/by/4.0/).
We use cookies on our website to ensure you get the best experience. Read more about our cookies here.
Accept
We have just recently launched a new version of our website. Help us to further improve by taking part in this short 5 minute survey here. here.
Never show this again