The importance of computers these days is so big that we could call our times the “computers era”. Quantum mechanics has had an important influence on building computers; for example, it led to the production of transistors. At present, quantum mechanics laws are used for the processing and transmission of information. The first quantum computer (which uses principles of quantum mechanics) was sold to the aerospace and security of a defense company, Lockheed Martin. The manufacturing company, D-Wave, founded in 1999 and called “a company of quantum computing”, promised to perform professional services for the computer maintenance as well. The quantum computer can address issues related to number theory and optimization, which require large computational power. An example is the Shor’s algorithm, a quantum algorithm that determines quickly and effectively the prime factors of a big number. With enough qubii, such a computer could use the Shor’s algorithm to break algorithms encryption used today.
Non-associative algebras are currently a research direction in fashion ([1], and the references therein). There are two important classes of non-associative structures: Lie structures and Jordan structures [2]. Various Jordan structures play an important role in quantum group theory and in fundamental physical theories [3]. Associative algebras and Lie algebras can be unified at the level of Yang-Baxter structures. A new unification for associative algebras, Jordan algebras and Lie algebras, was obtained recently [4], and we present further results in this paper.
Several papers published in the open access journal Axioms deal with the Yang-Baxter equation ( [5] and the references therein). The Yang-Baxter equation can be interpreted in terms of combinatorial logical circuits, and, in logic, it represents some kind of compatibility condition, when working with many logical sentences in the same time. This equation is also related to the theory of universal quantum gates and to quantum computers (for example, [6]). It has many applications in quantum groups and knot theory.
The organization of the current paper is as follows. In the next section we give the preliminaries and some interpretations of the Yang-Baxter equation in geometry. Section 3 deals with computer programs and interpretations of this equation in computer science. In Section 4, we discuss the applications of the Yang-Baxter equation in quantum groups and knot theory (with some remarks about universal gates). Section 5 is about unification theories for non-associative algebras, and their connections with the previous sections. A short conclusion section ends our paper.

2. Geometrical Interpretations of the Yang-Baxter Equation 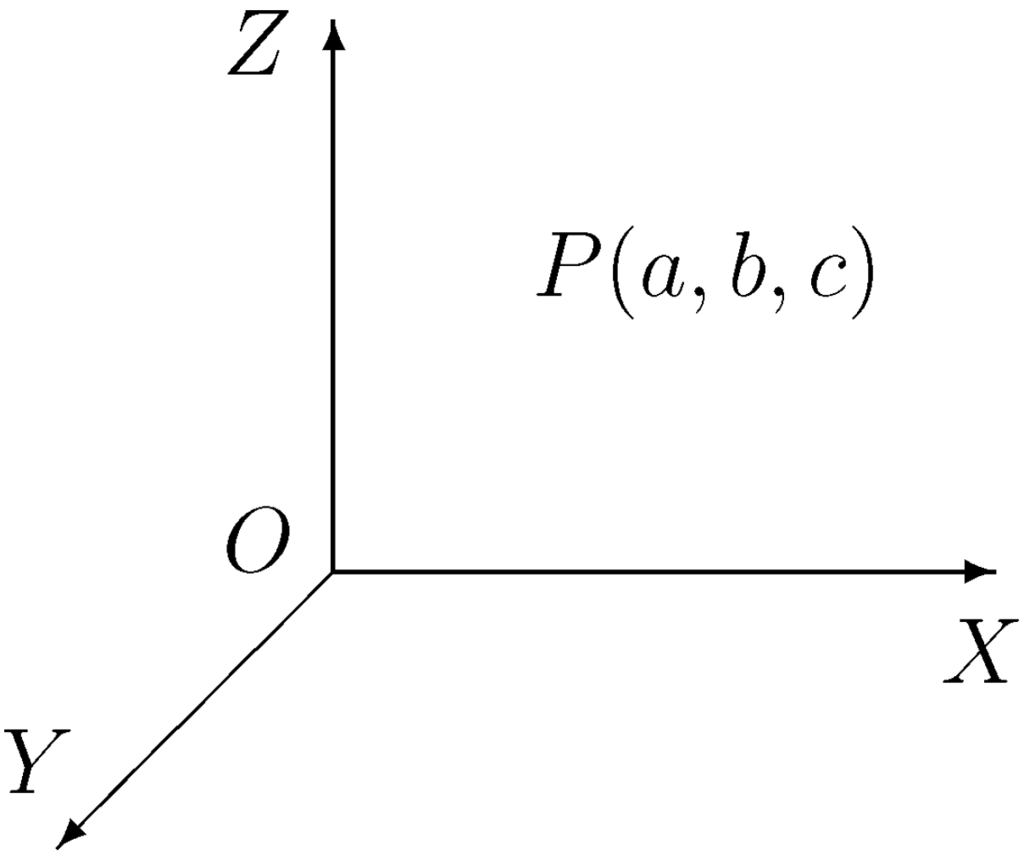 The symmetries of the point (from Figure 1) about the axes are defined as follows: , , .
They form a group isomorphic with Klein’s group: .
The symmetries of the point about the planes are defined as follows:
, , .
One could check the following instances of the Yang-Baxter equation:
Remark 2.2.
Let us observe that , and we can generalize the symmetries about the axes as follows: , , , for , such that . This is a generalization for the Equation (4) as well.
It can be proved that the only rotation operators R which satisfy Equation (2) are the identity and the operator related to and .

3. The Yang-Baxter Equation in Computer Science

The Yang-Baxter equation can be interpreted in terms of combinatorial logical circuits [7]. It is also related to the theory of universal quantum gates and to the quantum computers [6,8].
In logic, it represents some kind of compatibility condition, when working with many logical sentences at the same time. Let us consider three logical sentences . Let us suppose that if all of them are true, then the conclusion A could be drawn, and if are all false then the conclusion C can be drawn; in other cases, we say that the conclusion B is true. Modeling this situation by the map R, defined by , helps to comprise our analysis: we can apply R to the pair , then to , and, finally to . The Yang-Baxter equation explains that the order in which we start this analysis is not important; more explicitly, in this case, it states that .
Another interpretation of the Yang-Baxter equation is related to the algorithms and computer programs which order sequences of numbers. For example, the core of the Program 1 is related to the left hand side of Equation (2).
The Program 2 is related to the right hand side of (1).
Ordering three numbers is related to the following common solution of the Equations (1) and (2): .
Since R can be extended to a braiding in a certain monoidal category, we obtain an interpretation for the case when we order more numbers.
The “divide et impera” algorithm for finding the maximum of sequence of numbers could be related to Yang-Baxter systems and to the gluing procedure from [9].

4. The Yang-Baxter Equation in Quantum Groups and Knot Theory

For A be a (unitary) associative k-algebra, and , the authors of [10] defined the k-linear map: which is a Yang-Baxter operator if and only if one of the following cases holds:
(i) ; (ii) ; (iii) .
The link invariant associated to the operator (5) is the Alexander polynomial of knots [11,12].
For a Lie super-algebra over k, and , the authors of the papers [13] and [14] defined the following Yang-Baxter operator:
Remark 4.1.
In dimension two, , can be expressed as:where , and . For and , becomes:which is a universal gate (according to [8]), and it is related to the CNOT gate:
Remark 4.2.
The matrix (8) can be interpreted as a sum of Yang-Baxter operators, using the techniques of [9].
Remark 4.3.
Using Theorem 3.1 (i) and Remark 3.3 from [15], we can construct a bialgebra structure associated to the operator if one of the following cases holds: (i) ; (ii) ; (iii) .
For and , this is the tensor algebra associated to the underlying vector space of the algebra A.
For , we have:
For and , we have:
For and , we have:
In the same manner, we can compute other products.

We would like to thank the conference organizers (from Boston, Sofia, Bucharest, etc.) for inviting us to talk on these topics. We thank the editors and the referees. The Simion Stoilow Institute of Mathematics of the Romanian Academy supported our research.

Ion M. Nichita provided most of the material on quantum computers and the computer programs; he also compiled the programs using DEV-C++ 4.9.9.2. Radu Iordanescu coordinated our study on Jordan algebras and non-associative structures. Florin F. Nichita contributed with sections on the Yang-Baxter equation. The paper coagulated after our participation at several international conferences: “Mathematics Days in Sofia”, Interdisciplinary Workshop Devoted to Morphogenesis, AMS Meeting No. 1088, etc.