Evaluation of the Homogeneity of the Uranium Isotope Composition of NIST SRM 610/611 by MC-ICP-MS, MC-TIMS, and SIMS

Bioleaching of olivine, a natural nickel-containing magnesium-iron-silicate, was conducted by applying chemoorganotrophic bacteria and fungi. The tested fungus, Aspergillus niger, leached substantially more nickel from olivine than the tested bacterium, Paenibacillus mucilaginosus. Aspergillus niger also outperformed two other fungal species: Humicola grisae and Penicillium chrysogenum. Contrary to traditional acid leaching, the microorganisms leached nickel preferentially over magnesium and iron. An average selectivity factor of 2.2 was achieved for nickel compared to iron. The impact of ultrasonic conditioning on bioleaching was also tested, and it was found to substantially increase nickel extraction by A. niger. This is credited to an enhancement in the fungal growth rate, to the promotion of particle degradation, and to the detachment of the stagnant biofilm around the particles. Furthermore, ultrasonic conditioning enhanced the selectivity of A. niger for nickel over iron to a value of 3.5. Pre-carbonating the olivine mineral, to enhance mineral liberation and change metal speciation, was also attempted, but did not result in improvement as a consequence of the mild pH of chemoorganotrophic bioleaching. View Full-Text
Keywords: bioleaching; chemoorganotrophic; fungi; bacteria; olivine; nickel; ultrasonic treatment; mineral carbonation bioleaching; chemoorganotrophic; fungi; bacteria; olivine; nickel; ultrasonic treatment; mineral carbonation
►▼ Show Figures 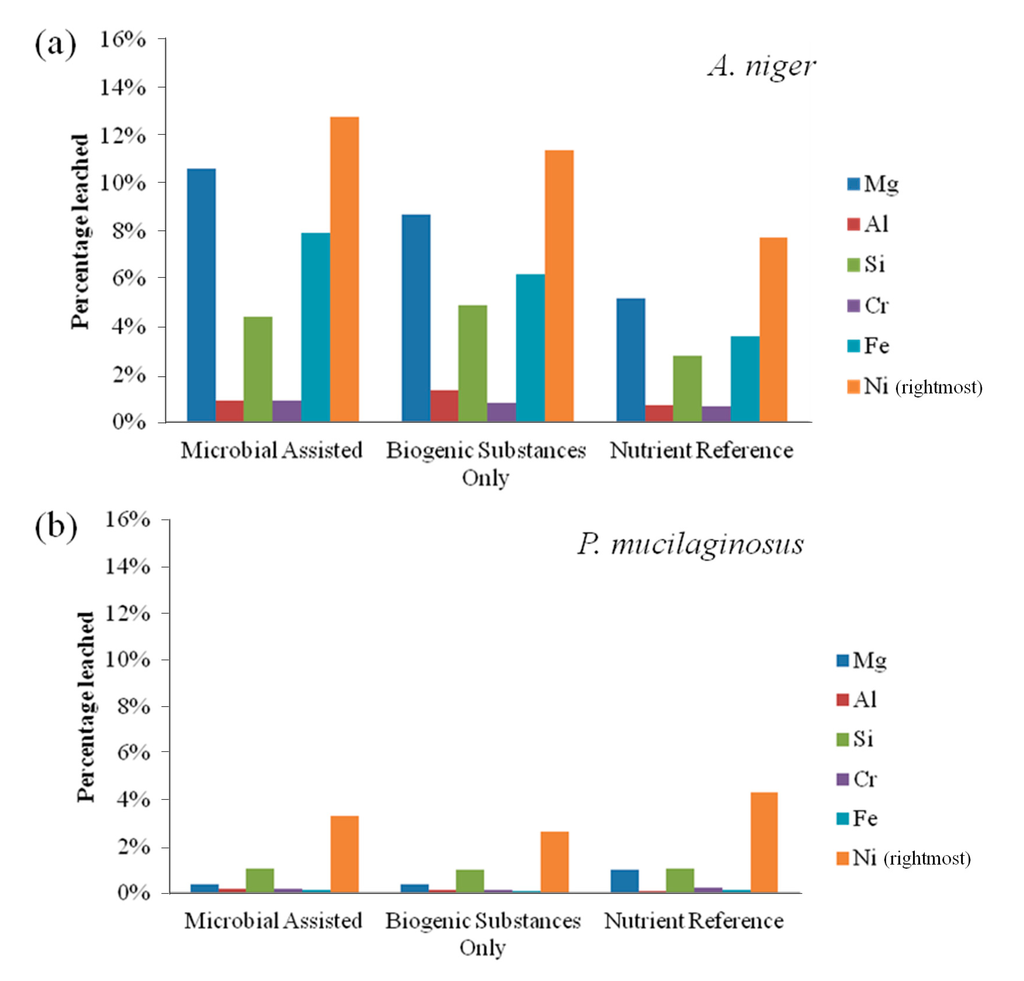