Rural life in México has changed drastically over the past several decades in the wake of structural reforms in the 1980s and the North American Free Trade Agreement (NAFTA) implemented in 1994. Researchers predicted dire consequences for smallholder farmers following trade liberalization and in certain respects the prophecies have been fulfilled. Indeed, many regions experienced significant out-migration as smallholders, unable to compete with global maize imports without price subsidies, sold or abandoned their lands, making way for the expansion of industrial agriculture into forests, secondary vegetation and primary crops. Nevertheless, many smallholders have adapted to the new economic environment with farming systems that manage risk by diversifying portfolios to incorporate commercialized maize and livestock production. This article examines the evolution of smallholder farming systems since the mid 1980s, when the impact of neoliberal reforms emerged, using data collected from field research on 130 smallholder farms in the Pátzcuaro Lake Watershed (PLW) in the State of Michoacán. Farmers in the PLW have been characterized as traditional peasant farmers, planting crops for subsistence, including a diverse array of domestic maize varieties and practicing limited animal husbandry with chickens, turkeys, pigs, an oxen and a cow or two for milk. But the results presented in this article show that the traditional peasant farming systems in the region have changed substantially to a highly diversified agriculture-cattle-forest system. Most notable changes include the use of fertilizers and pesticides; and the increase in livestock herd and reorientation to beef production. The results demonstrate the resilience of smallholder farmers, while at the same time raising potential concern that increased reliance on livestock and beef production specialization, might lead to shifts in farming systems that replace domestic maize varieties with hybrid corn used primarily for animal feed and thereby leaving vulnerable the genetic reservoir of traditional maize landraces. View Full-Text
Keywords: peasant livelihoods; post NAFTA México; neo-liberal reforms; global cattle economy peasant livelihoods; post NAFTA México; neo-liberal reforms; global cattle economy
►▼ Show Figures 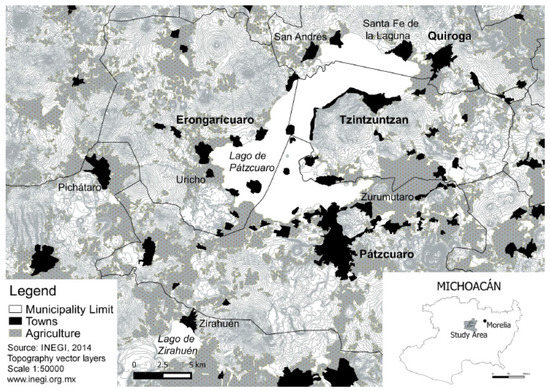