Law, Violence, and Property Expropriation in Syria: Impediments to Restitution and Return

After eight years of civil war, parts of Syria are now free from conflict. In recognition of the return to peace, the government officially welcomes back all who fled the country to escape violence. Yet, a pattern of property expropriation supported by the government during the war limits the ability of some to return and reclaim their homes and businesses. We argue here that intentional changes to law and policy regarding property rights during the war has led to asset losses for members of groups opposed to the government and created a barrier to property restitution and the return of these groups. We examine legal documents and secondary sources identifying government actions and their impact, noting the proliferation of laws that systematically erode the property rights of people who lack proximity, legal status, and regime allies. As the results of these laws manifest after the war, a disproportionate number of Syrians who opposed the government will find themselves without the houses, land, and property they held before the war began. View Full-Text
Keywords: Syria; property restitution; civil war; law; property rights Syria; property restitution; civil war; law; property rights
►▼ Show Figures 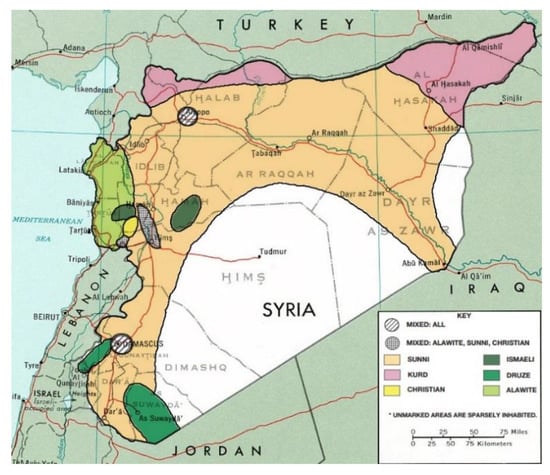