Landscape Archaeology and Sacred Space in the Eastern Mediterranean: A Glimpse from Cyprus

The Influence of Geology on Landscape Typology in Jordan: Theoretical Understanding and Planning Implications

Landscape Character Assessment (LCA) has been introduced into Jordan through the MEDSCAPES project. The purpose of this project was to streamline landscape studies and integrate them into the land use planning practices in Jordan. Two areas within the Mediterranean and arid climatic zones of the country were chosen as test areas for the methodology. These were the Yarmouk River drainage basin in the northwest of the country and the Mujib River area in the west of Jordan within the Dead Sea basin. Landscape Character Mapping resulted in 22 and 64 Land Description Units (LDUs) for the Yarmouk and Mujib areas, respectively, which were then classified into 14 landscape types. The factors which control the spatial distributions of these units are geology, land cover, landform, and settlements. However, the study suggests that the underlying geology, which influences topography, impacts indirectly on soil types, climate zones, and human activities, and hence has a predominant influence on the character of these units. Specifically, the transition between the Dead Sea Rift Valley and the adjacent highlands create variations in the topographical relief, climate, water availability, and human settlements. Implementation of LCA in Jordan has done much to highlight geological hazards, such as sinkholes, as constraints to development in certain areas. Here, we described how the LCA process could be implemented in Jordan and how this can help in improving land use management practices in the country. View Full-Text
Keywords: comparative study; landforms; Landscape Character Assessment (LCA); Land Description Unit (LDU); spatial distributions; topography comparative study; landforms; Landscape Character Assessment (LCA); Land Description Unit (LDU); spatial distributions; topography
►▼ Show Figures 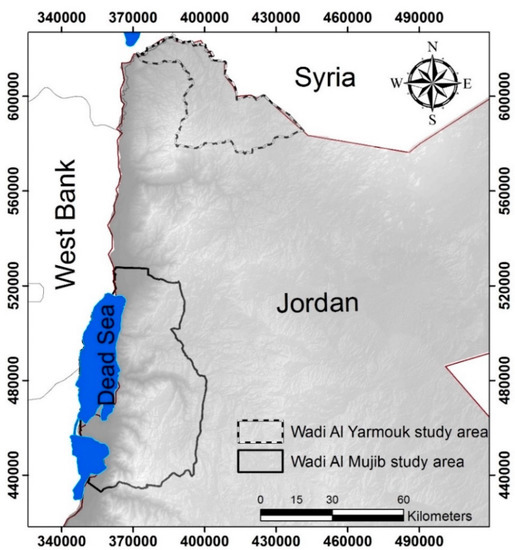