Fuelwood Savings and Carbon Emission Reductions by the Use of Improved Cooking Stoves in an Afromontane Forest, Ethiopia
Next Article in Special Issue

The Re-Greening of the Sahel: Natural Cyclicity or Human-Induced Change?
Previous Article in Special Issue

Landscape Fire, Biodiversity Decline and a Rapidly Changing Milieu: A Microcosm of Global Issues in an Australian Biodiversity Hotspot

The Adelaide-Mt Lofty Region of South Australia is an exemplar, in microcosm, of the issues confronting biodiversity conservation in a world of increasing population and a drying, fire-prone environment. At just 0.1% of Australia’s terrestrial land mass, this area is largely peninsular and oriented along a spine of ranges to 730-m elevation. Annual average rainfall varies from over 1100 mm in the hills to less than 500 mm on the plains in the north. The original vegetation varied from grasslands to shrublands to grassy and shrubby woodlands to forests, but now includes a major capital city and a mixed farming hinterland. Biodiversity in the region is in decline, and many species’ extinctions have been recorded. With increasing population and a drying climate, fire antecedents, like ignition and fire danger, are predicted to increase the area burned in the wetter regions, but such predictions may be offset by increasing the fire protection of the expanding population and their economic and social assets. While the existing system of many small reserves will remain the backbone of biodiversity conservation in the region, wider recognition of the all-tenure, whole-of-landscape, whole-of-community approach to biodiversity conservation and fire management is needed if the probability of further extinctions is to be reduced. View Full-Text
Keywords: conservation reserve; population; climate change; fragmentation; land systems; Adelaide-Mount Lofty conservation reserve; population; climate change; fragmentation; land systems; Adelaide-Mount Lofty
►▼ Show Figures 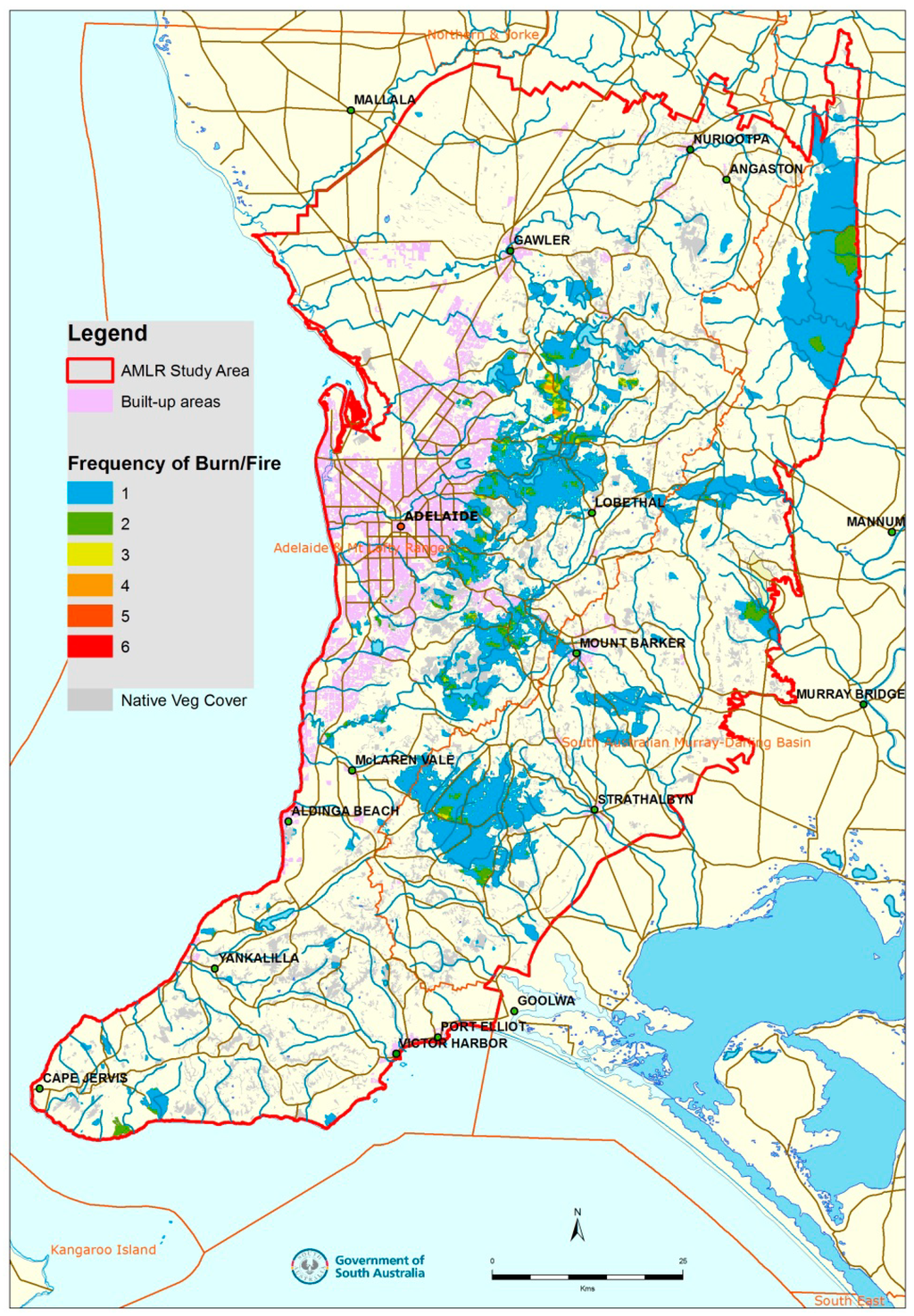