The Effects of Tidal Flat Reclamation on the Stability of the Coastal Area in the Jiangsu Province, China, from the Perspective of Landscape Structure
Previous Article in Journal

The Historical Development of Constructed Wetlands for Wastewater Treatment

Typing Colonial Perceptions of Carrum Carrum Swamp: The Expected and the Surprising

Carrum Carrum Swamp was a vast wetland to the south-east of Melbourne, Victoria, Australia, at the time that it was first sighted by white colonists in 1803. By 1878, the colonists had commenced converting the swamp to dry land for agricultural and horticultural pursuits, and 100 years later it was predominantly residential land. Shifting values in the 1970s led to environmental concerns about water quality in local creeks and Port Phillip Bay and subsequent residential development on the former swamp included the construction of stormwater treatment wetlands. Perceptions of wetlands are now diverse, including positive perceptions that support their presence in urban settings. In contrast, traditionally, wetlands have been perceived negatively, as waste lands, leading to their drainage. Nevertheless, alternative, perhaps positive, perceptions could have existed, only to be overwhelmed by the negative perceptions driving drainage. Understanding the full range of past perceptions is important to ensure that the historical record is correct and to provide historical context to contemporary perceptions of wetlands. It will better equip natural resource managers and designers and managers of constructed wetlands in urban locations to ensure that wetlands are healthy, functioning and appreciated by their local and wider communities. Thus, the perceptions of Carrum Carrum Swamp by colonists from 1803 to 1878 were examined through qualitative content analysis of historical documents, and a typology was developed. Seven different perceptions were identified: scientific, premodern, exploitative, romantic, aesthetic, medico-mythic and ecological. Most could be traced to the colonists’ predominantly British heritage, but one perception arose in the colony in response to the specific environmental conditions that the colonists encountered. This ecological perception valued wetlands as places of predictable water supply in a land of unpredictable rainfall. It recognised wetlands as part of a broader hydrological system, with influences on the local climate. Its proponents promoted the need for a different approach to the management of wetlands than in Britain and Europe. Nevertheless, a dominant exploitative perception prevailed, leading to the drainage of Carrum Carrum Swamp. The typology developed in this study will be useful for exploring perceptions of other wetlands, both colonial and contemporary. View Full-Text
Keywords: wetlands; colonization; nature-culture relationship; perceptual typology wetlands; colonization; nature-culture relationship; perceptual typology
►▼ Show Figures 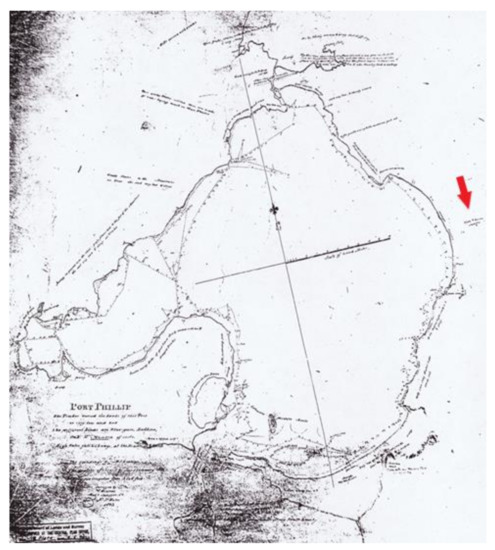