The Impact of a Local Development Project on Social Capital: Evidence from the Bohol Irrigation Scheme in the Philippines
Next Article in Special Issue

Where There Is No History: How to Create Trust and Connection in Learning for Transformation in Water Governance

The European water governance took a decisive turn with the formulation of the Water Framework Directive (WFD), which demands the restoration of all water bodies that did not achieve sufficient ecological status. Urban rivers are particularly impaired by human activities and their restorations are motivated by multiple ecological and societal drivers, such as requirements of laws and legislation, and citizen needs for a better quality of life. In this study we investigated the relative influence of socio-political and socio-cultural drivers on urban river restorations by comparing projects of different policy contexts and cultural norms to cross-fertilize knowledge. A database of 75 projects in French and German major cities was compiled to apply (a) a comparative statistical analysis of main project features, i.e., motivation, goals, measures, morphological status, and project date; and (b) a qualitative textual analysis on project descriptions and titles. The results showed that despite a powerful European directive, urban river restoration projects still keep national specificities. The WFD drives with more intensity German, rather than French, urban river restoration. This study showed the limits of macro-level governance and the influence of microlevel governance driven by societal aspects such as nature perception and relationships between humans and rivers. View Full-Text
Keywords: human-nature-relationships; restoration targets; riverine socio-ecosystems; urban ecology; Water Framework Directive human-nature-relationships; restoration targets; riverine socio-ecosystems; urban ecology; Water Framework Directive
►▼ Show Figures 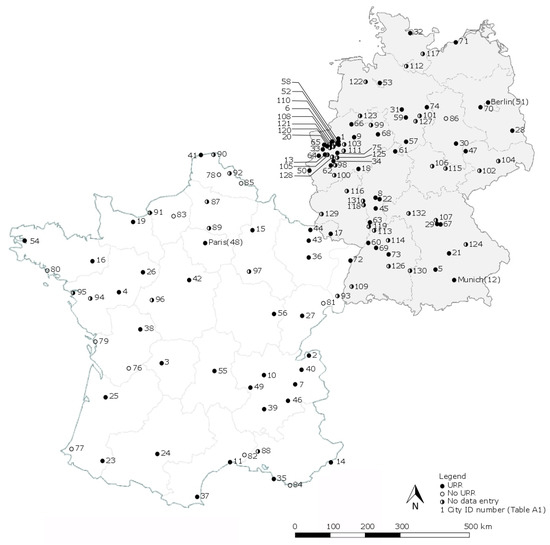