Debris flow is one of the major threats for the sustainability of environmental and social development. The velocity directly determines the impact on the vulnerability. This study focuses on an approach using radial basis function (RBF) neural network and gravitational search algorithm (GSA) for predicting debris flow velocity. A total of 50 debris flow events were investigated in the Jiangjia gully. These data were used for building the GSA-based RBF approach (GSA-RBF). Eighty percent (40 groups) of the measured data were selected randomly as the training database. The other 20% (10 groups) of data were used as testing data. Finally, the approach was applied to predict six debris flow gullies velocities in the Wudongde Dam site area, where environmental conditions were similar to the Jiangjia gully. The modified Dongchuan empirical equation and the pulled particle analysis of debris flow (PPA) approach were used for comparison and validation. The results showed that: (i) the GSA-RBF predicted debris flow velocity values are very close to the measured values, which performs better than those using RBF neural network alone; (ii) the GSA-RBF results and the MDEE results are similar in the Jiangjia gully debris flow velocities prediction, and GSA-RBF performs better; (iii) in the study area, the GSA-RBF results are validated reliable; and (iv) we could consider more variables in predicting the debris flow velocity by using GSA-RBF on the basis of measured data in other areas, which is more applicable. Because the GSA-RBF approach was more accurate, both the numerical simulation and the empirical equation can be taken into consideration for constructing debris flow mitigation works. They could be complementary and verified for each other. View Full-Text
Keywords: gravitational search algorithm; radial basis function; debris flow velocity; prediction approach gravitational search algorithm; radial basis function; debris flow velocity; prediction approach
►▼ Show Figures 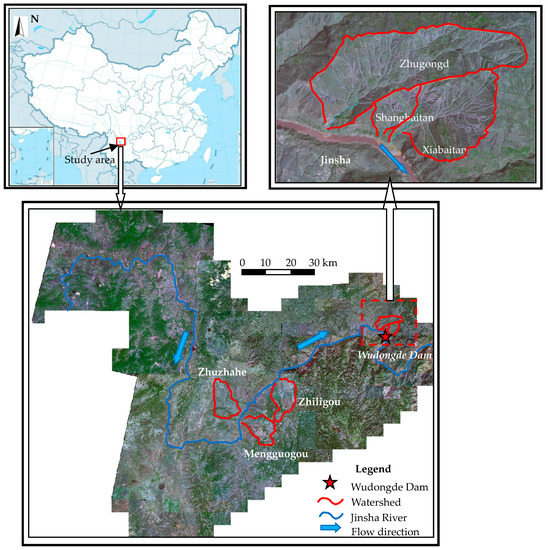