The impacts of two factors on future regional-scale runoff were assessed: the external factor of climate change and the internal factor of a recently completed large-scale water resources project. A rainfall-runoff model was built (using the Soil and Water Assessment Tool, SWAT) for the Geum River, where three weirs were recently constructed along the main stream. RCP (Representative Concentration Pathways) climate change scenarios from the HadGEM3-RA RCM model were used to generate future climate scenarios, and daily runoff series were constructed based on the SWAT model. The indicators of the hydrologic alteration (IHA) program was used to carry out a quantitative assessment on the variability of runoff during two future periods (2011–2050, 2051–2100) compared to a reference period (1981–2006). Analyses of changes in the runoff characteristics of the lower Geum River showed that climate change is likely to lead to an increase of the future runoff ratio and that weirs contributed to an increase in the minimum discharge and a decrease in the maximum discharge. The influence of the weirs on the runoff characteristics of the Geum River basin was projected to be greater than that of climate change. View Full-Text
Keywords: climate change; water projects; streamflow; water resources climate change; water projects; streamflow; water resources
►▼ Show Figures 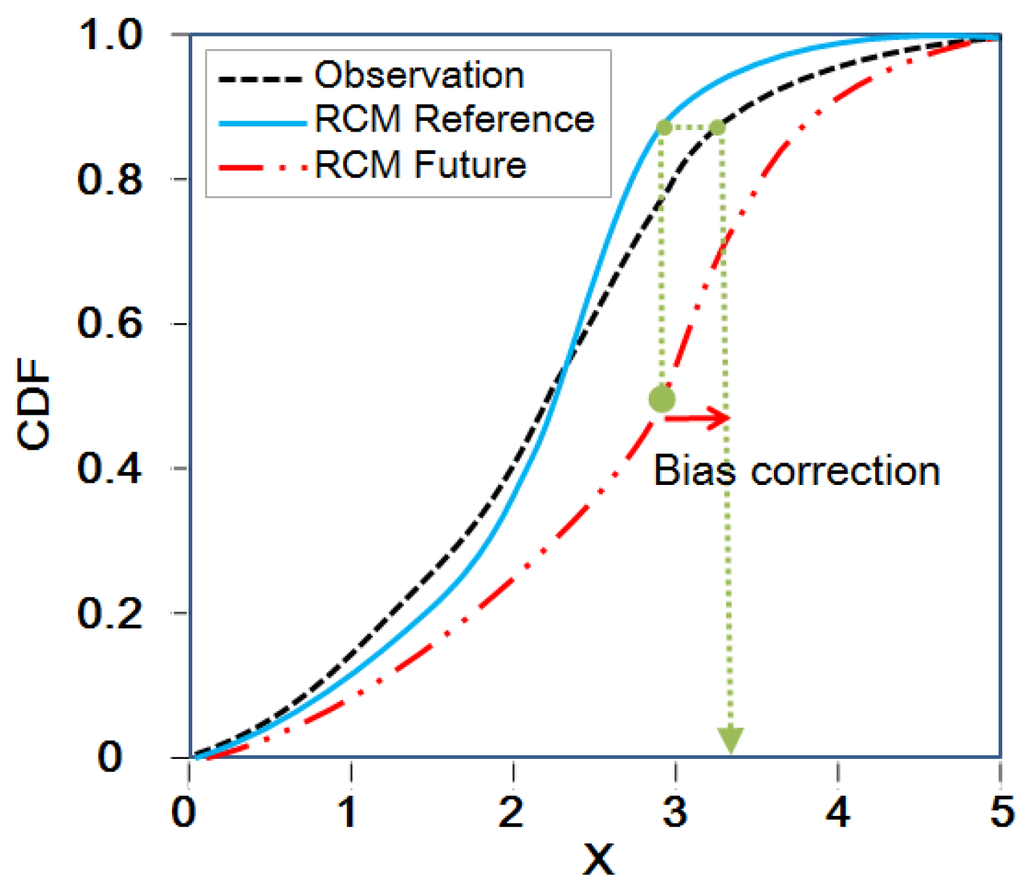