A Two-Step Approach for Analytical Optimal Hedging with Two Triggers

Hedging is widely used to mitigate severe water shortages in the operation of reservoirs during droughts. Rationing is usually instituted with one hedging policy, which is based only on one trigger, i.e., initial storage level or current water availability. It may perform poorly in balancing the benefits of a release during the current period versus those of carryover storage during future droughts. This study proposes a novel hedging rule to improve the efficiency of a reservoir operated to supply water, in which, based on two triggers, hedging is initiated with three different hedging sub-rules through a two-step approach. In the first step, the sub-rule is triggered based on the relationship between the initial reservoir storage level and the level of the target rule curve or the firm rule curve at the end of the current period. This step is mainly concerned with increasing the water level or not in the current period. Hedging is then triggered under the sub-rule based on current water availability in the second step, in which the trigger implicitly considers both initial and ending reservoir storage levels in the current period. Moreover, the amount of hedging is analytically derived based on the Karush–Kuhn–Tucker (KKT) conditions. In addition, the hedging parameters are optimized using the improved particle swarm optimization (IPSO) algorithm coupled with a rule-based simulation. A single water-supply reservoir located in Hubei Province in central China is selected as a case study. The operation results show that the proposed rule is reasonable and significantly improves the reservoir operation performance for both long-term and critical periods relative to other operation policies, such as the standard operating policy (SOP) and the most commonly used hedging rules. View Full-Text
Keywords: drought; rule curves; analytical optimal hedging; two triggers; Karush–Kuhn–Tucker (KKT) conditions; improved particle swarm optimization drought; rule curves; analytical optimal hedging; two triggers; Karush–Kuhn–Tucker (KKT) conditions; improved particle swarm optimization
►▼ Show Figures 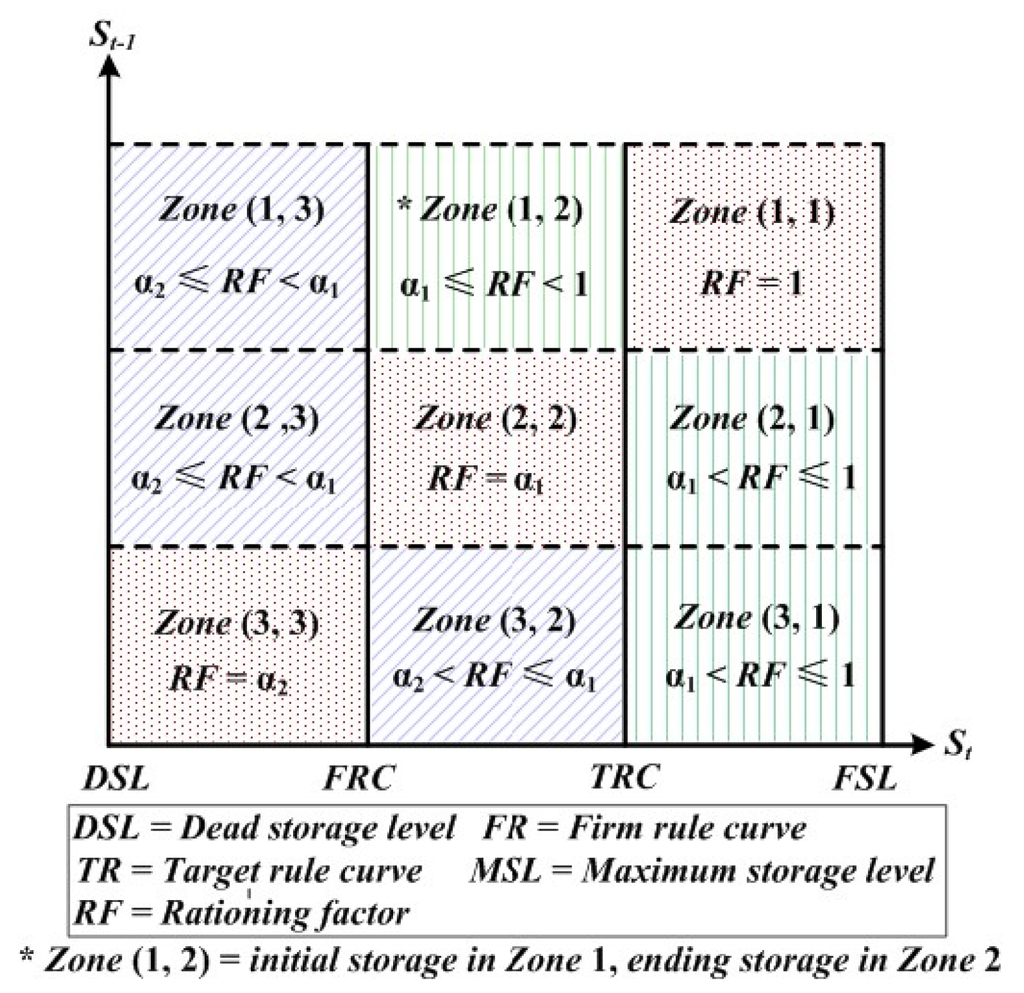