Rainfall, one of the most important climate variables, is commonly studied due to its great heterogeneity, which occasionally causes negative economic, social, and environmental consequences. Modeling the spatial distributions of rainfall patterns over watersheds has become a major challenge for water resources management. Multifractal analysis can be used to reproduce the scale invariance and intermittency of rainfall processes. To identify which factors are the most influential on the variability of multifractal parameters and, consequently, on the spatial distribution of rainfall patterns for different time scales in this study, universal multifractal (UM) analysis—C1, α, and γs UM parameters—was combined with non-parametric statistical techniques that allow spatial-temporal comparisons of distributions by gradients. The proposed combined approach was applied to a daily rainfall dataset of 132 time-series from 1931 to 2009, homogeneously spatially-distributed across a 25 km × 25 km grid covering the Ebro River Basin. A homogeneous increase in C1 over the watershed and a decrease in α mainly in the western regions, were detected, suggesting an increase in the frequency of dry periods at different scales and an increase in the occurrence of rainfall process variability over the last decades. View Full-Text
Keywords: rainfall patterns; universal multifractal parameters; Cramer-Von Mises statistic; time series; spatial distributions rainfall patterns; universal multifractal parameters; Cramer-Von Mises statistic; time series; spatial distributions
►▼ Show Figures 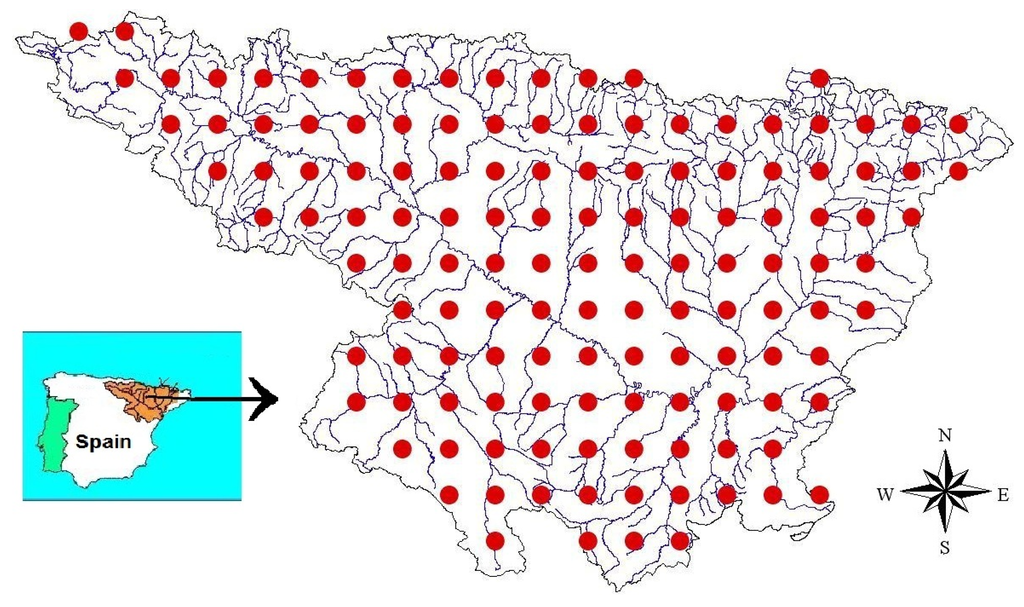