The proliferation of food, feed and biofuels demands promises to increase pressure on water competition and stress, particularly for Thailand, which has a large agricultural base. This study assesses the water footprint of ten staple crops grown in different regions across the country and evaluates the impact of crop water use in different regions/watersheds by the water stress index and the indication of water deprivation potential. The ten crops include major rice, second rice, maize, soybean, mungbean, peanut, cassava, sugarcane, pineapple and oil palm. The water stress index of the 25 major watersheds in Thailand has been evaluated. The results show that there are high variations of crop water requirements grown in different regions due to many factors. However, based on the current cropping systems, the Northeastern region has the highest water requirement for both green water (or rain water) and blue water (or irrigation water). Rice (paddy) farming requires the highest amount of irrigation water, i.e., around 10,489 million m3/year followed by the maize, sugarcane, oil palm and cassava. Major rice cultivation induces the highest water deprivation, i.e., 1862 million m3H2Oeq/year; followed by sugarcane, second rice and cassava. The watersheds that have high risk on water competition due to increase in production of the ten crops considered are the Mun, Chi and Chao Phraya watersheds. The main contribution is from the second rice cultivation. Recommendations have been proposed for sustainable crops production in the future. View Full-Text
Keywords: water footprint; water stress; crops; Thailand water footprint; water stress; crops; Thailand
►▼ Show Figures 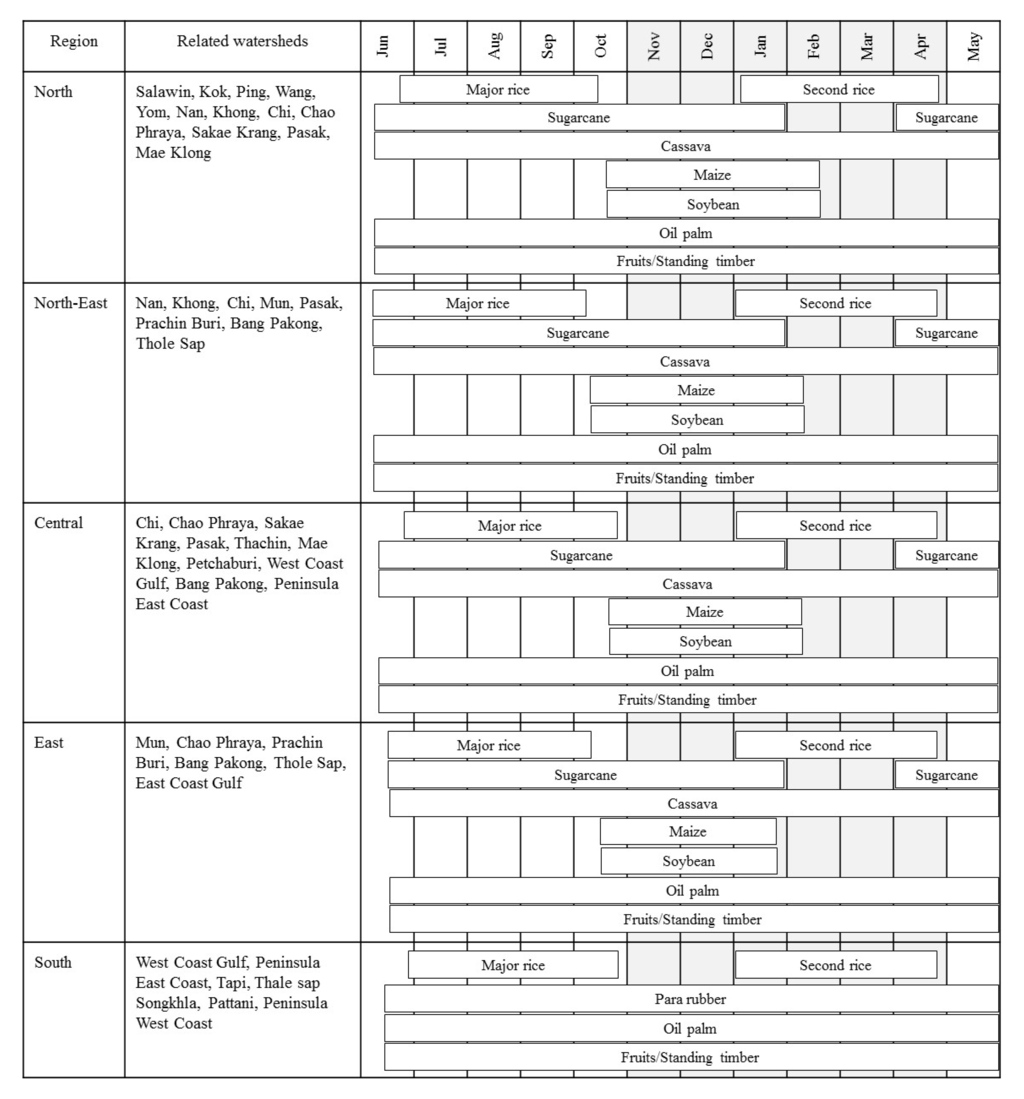