Effect of Impounding on Bedrock Temperature of High Arch Dam Site: A Case Study of the Xiluodu Project, China

Based on the hydrogeological profiles of the Xiluodu dam site along the direction of river flow (Figure 5), a finite element numerical analysis model of the bedrock profile was established (Figure 6). The number of nodes was 40,770, and the number of elements was 19,809. The confined water level of Yangxin limestone is 2–3 m higher than that of the Jinsha River, and the water head of the confined layer is well synchronized with the river water level. The hydraulic gradient in the vertical river flow direction at the profile is not large [13]; therefore, the heat transfer and water transport in the vertical river direction were not considered.
For the Xiluodu reservoir, the natural water level is 370 m, and the hydraulic gradient is 1/1000. The process of the upstream reservoir water level within 5 years after impoundment is shown in Figure 7, and the downstream water level was kept at 370 m. According to geothermal and hydrogeological conditions [1,2], the bottom temperature of the bedrock was set at 41.5 °C. According to the monitoring data [18,19], the periodical water temperature near the depth of 20 m in the Xiluodu reservoir was 15~24 °C from November 2016 to September 2017. After impoundment, the water temperature in the deep-water layer at the bottom of the valley was constantly 15 °C. Therefore, in the simulation, the surface water temperature of the bedrock was taken as 24 °C before impoundment, and the upstream and downstream bedrock surface water temperatures were taken as 15 °C and 24 °C during impoundment. The material parameters [5,20] are listed in Table 2.

3.2. Temperature Field of Bedrock before Impoundment

3.3. Seepage State of the Bedrock after Impoundment

The distribution of pore water pressure and the flow velocity field at a water level of 600 m are shown in Figure 10. Due to the existence of the grouted curtain, the reservoir water mainly flows in the limestone confined layer. Then, the reservoir water flows downstream, and the limestone-pressurized water flows upward through the sedimentary layer into the basalt layer and sinks into the river.

3.4. Analysis of the Temperature Field after Impoundment

3.5. The Influence of Rock Permeability on Temperature Field

The data are available from the corresponding author upon reasonable request.

The authors are sincerely thankful for the funding support. 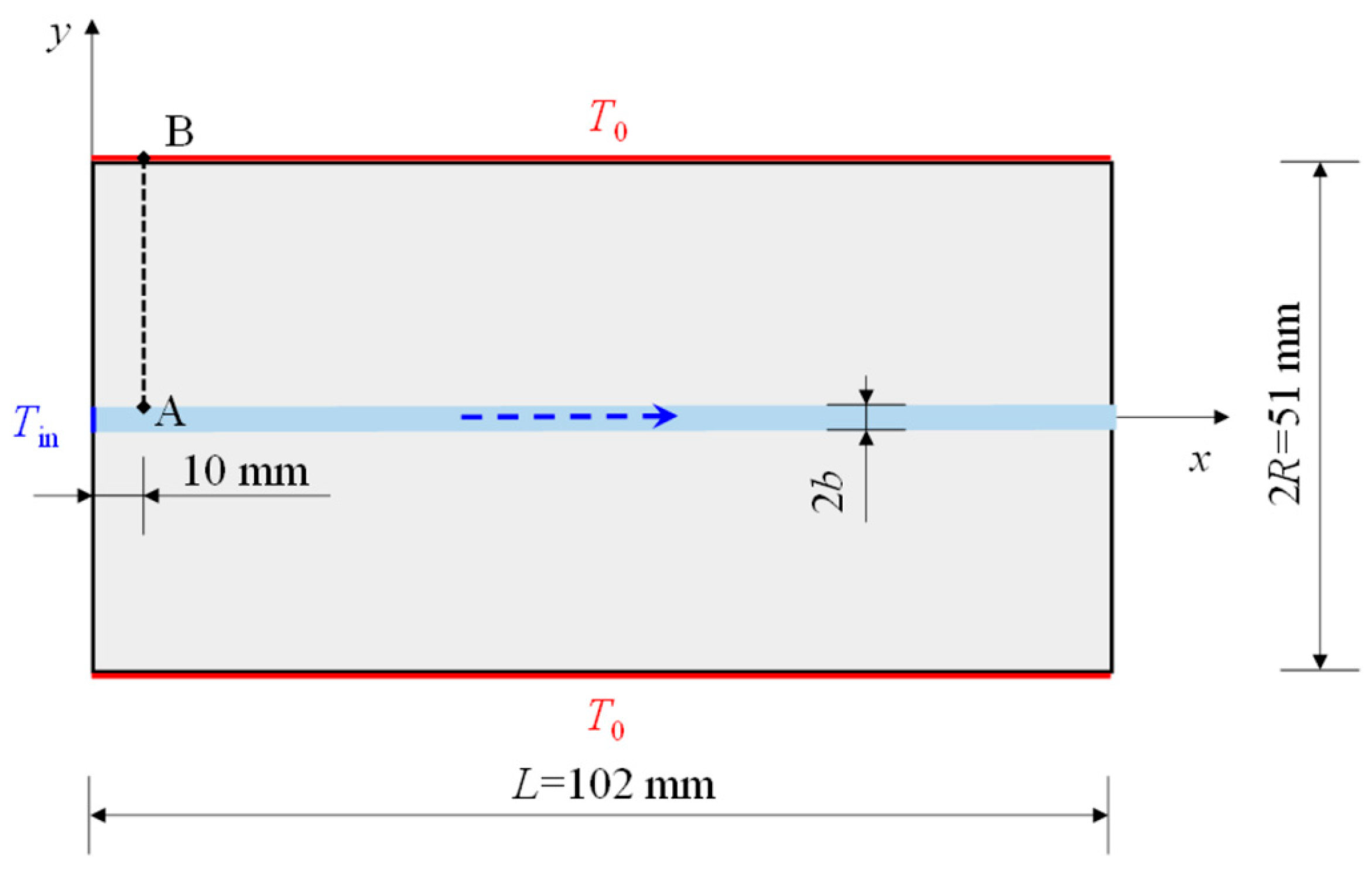 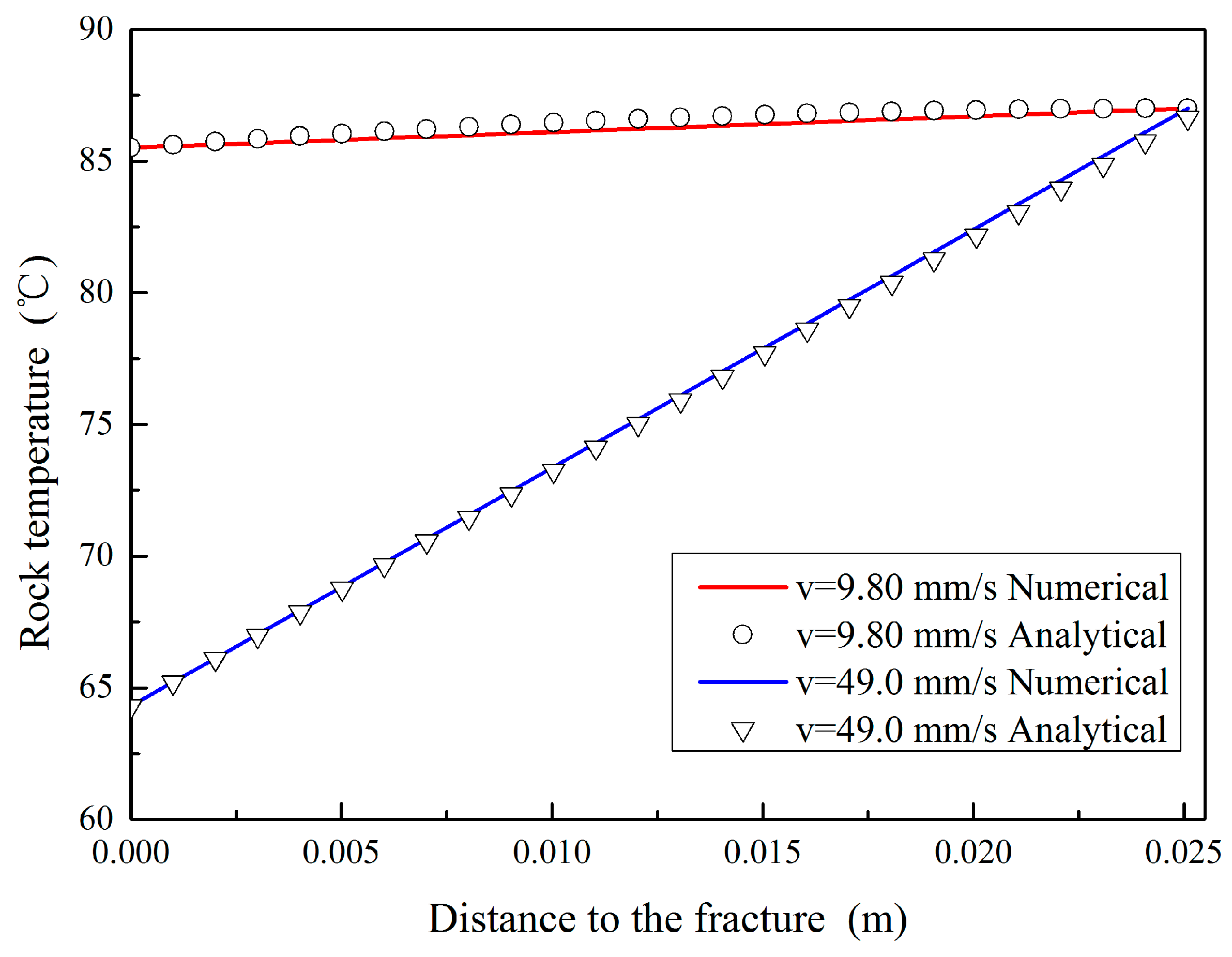 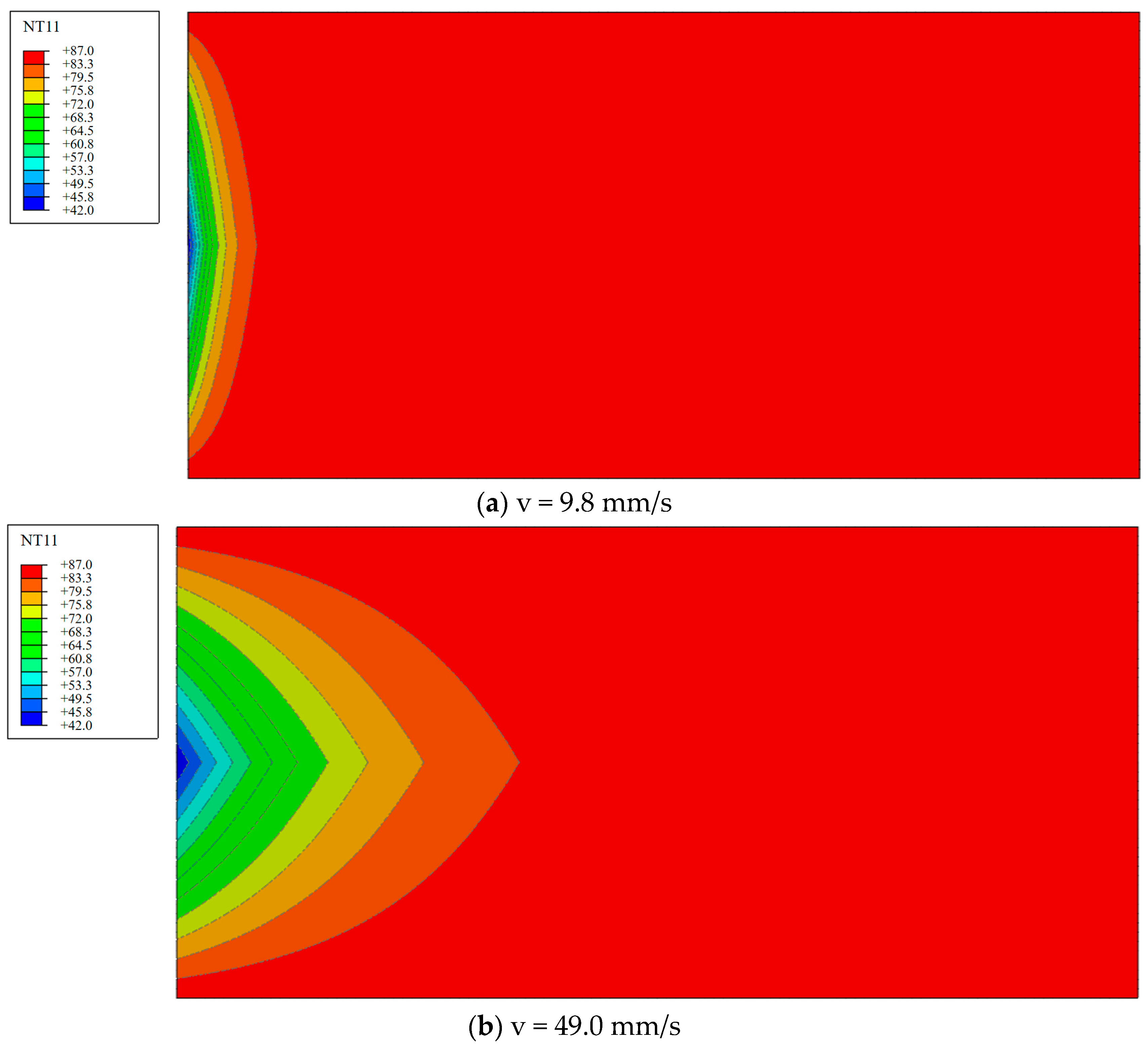 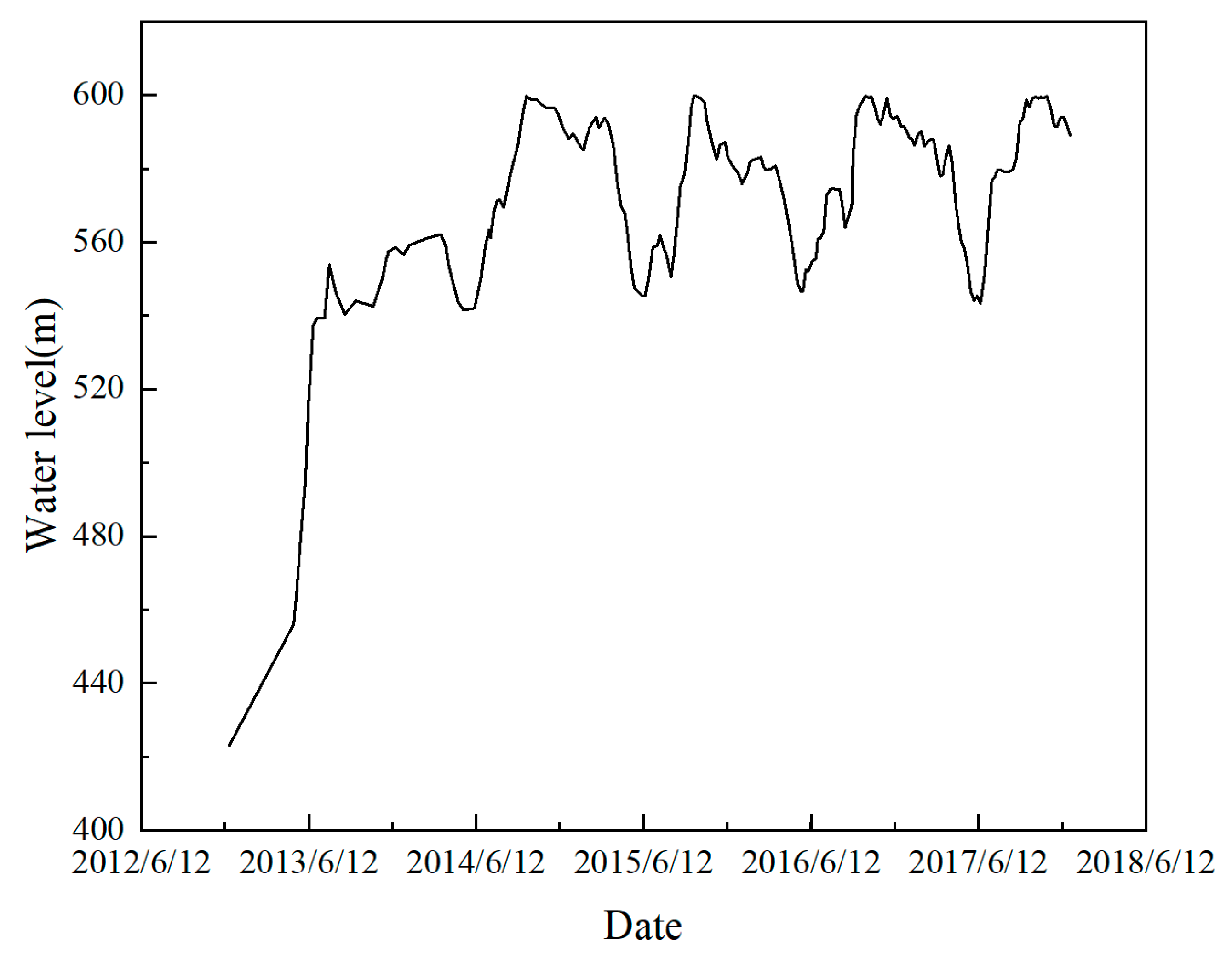 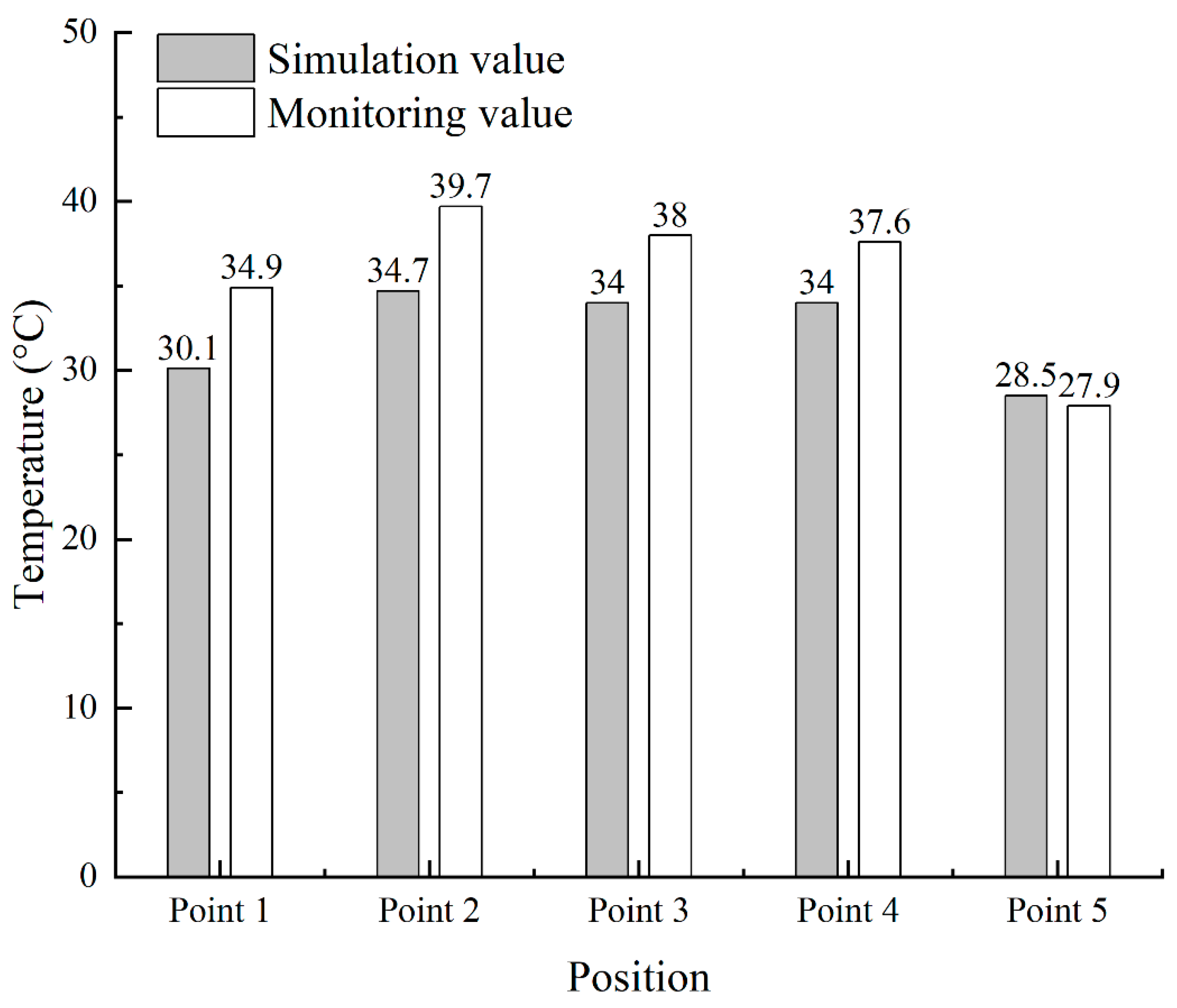 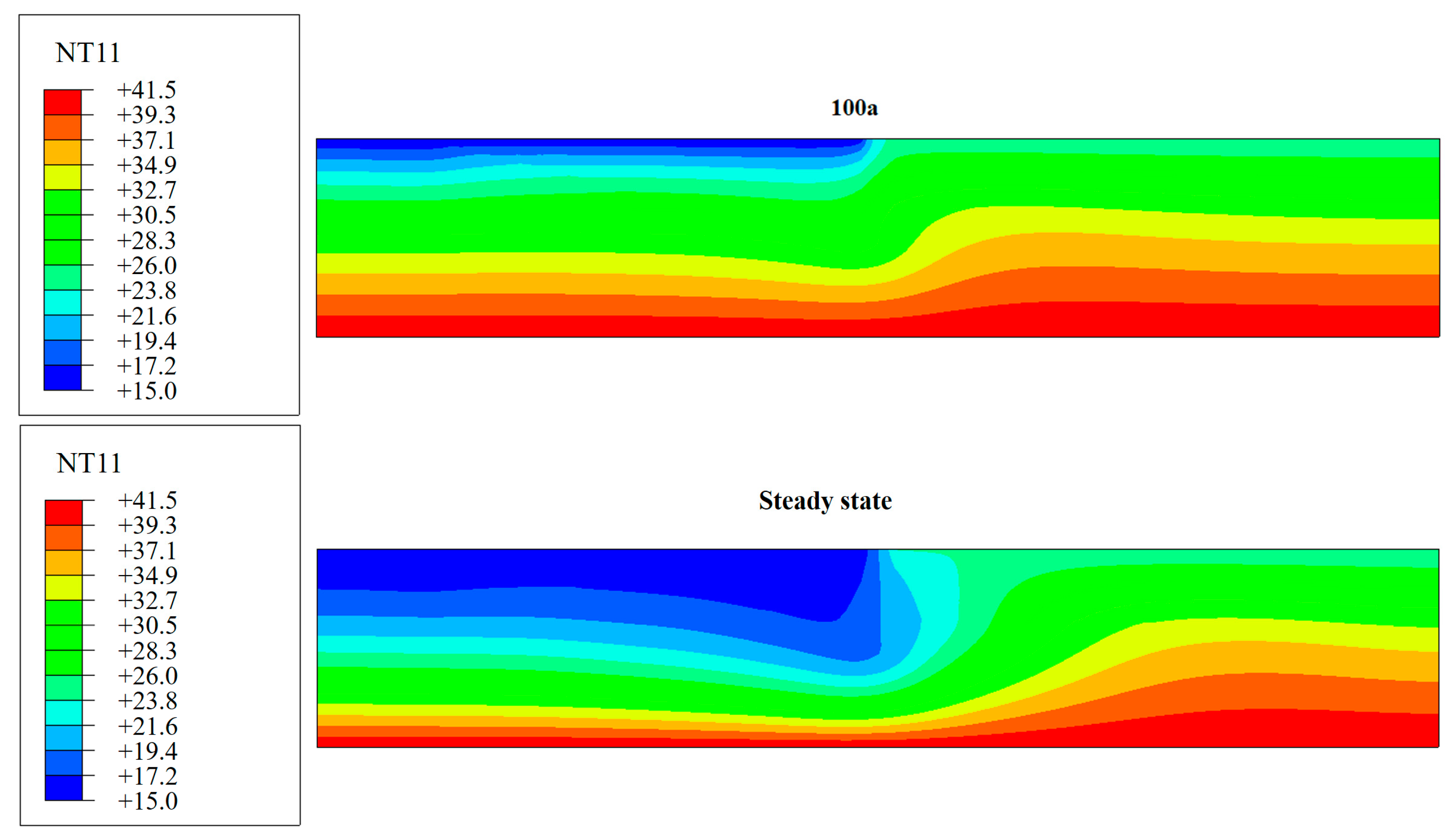 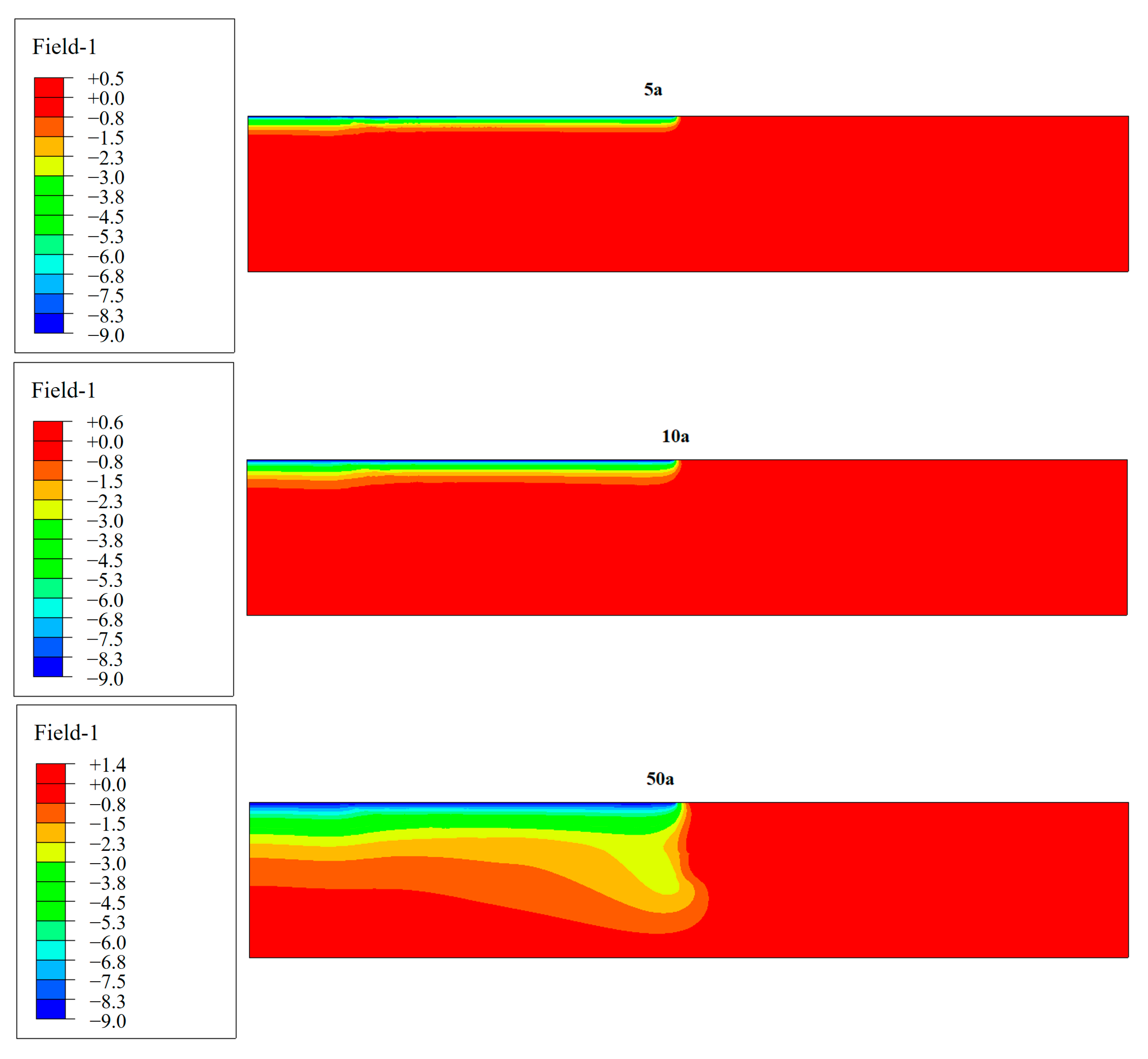 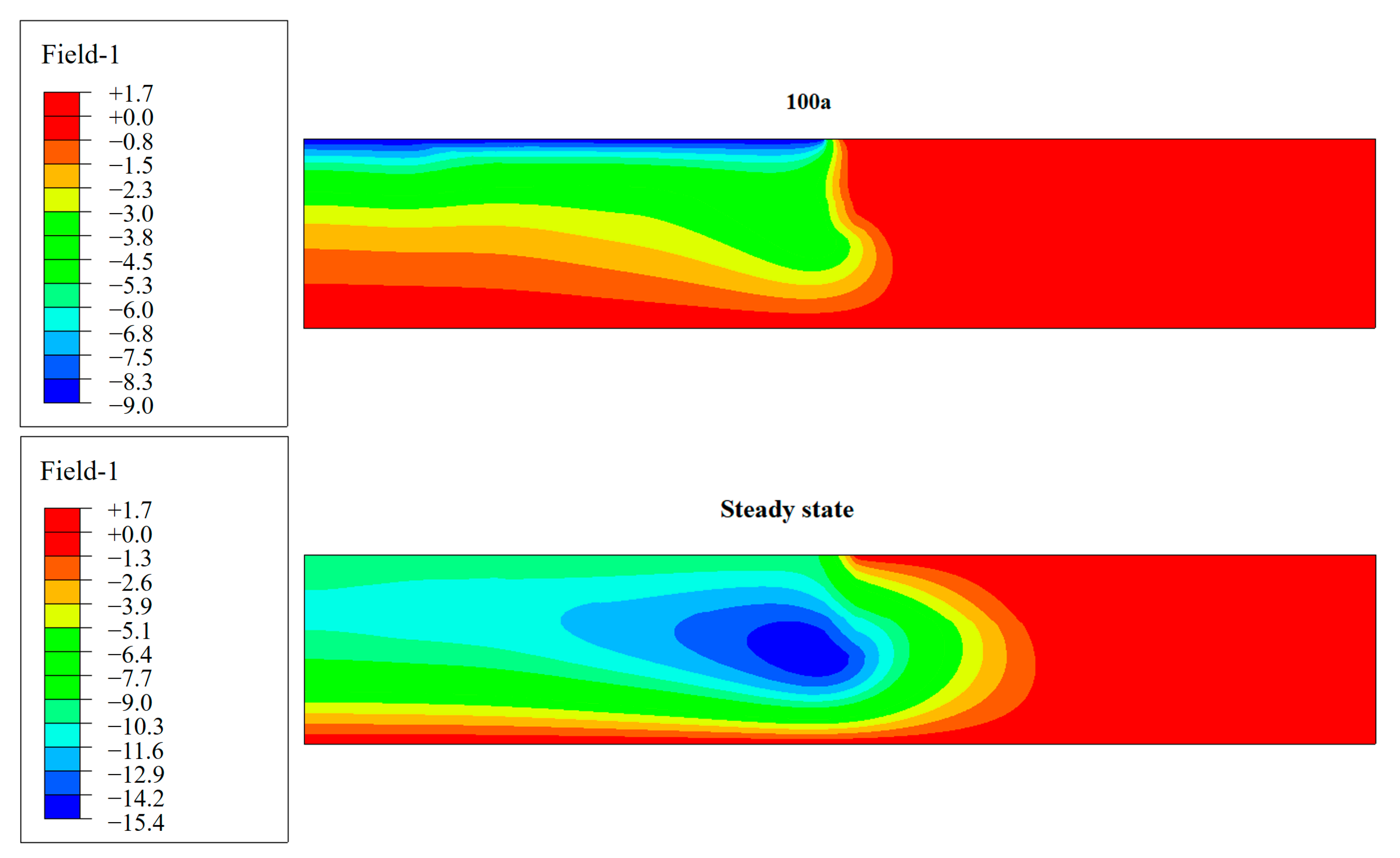 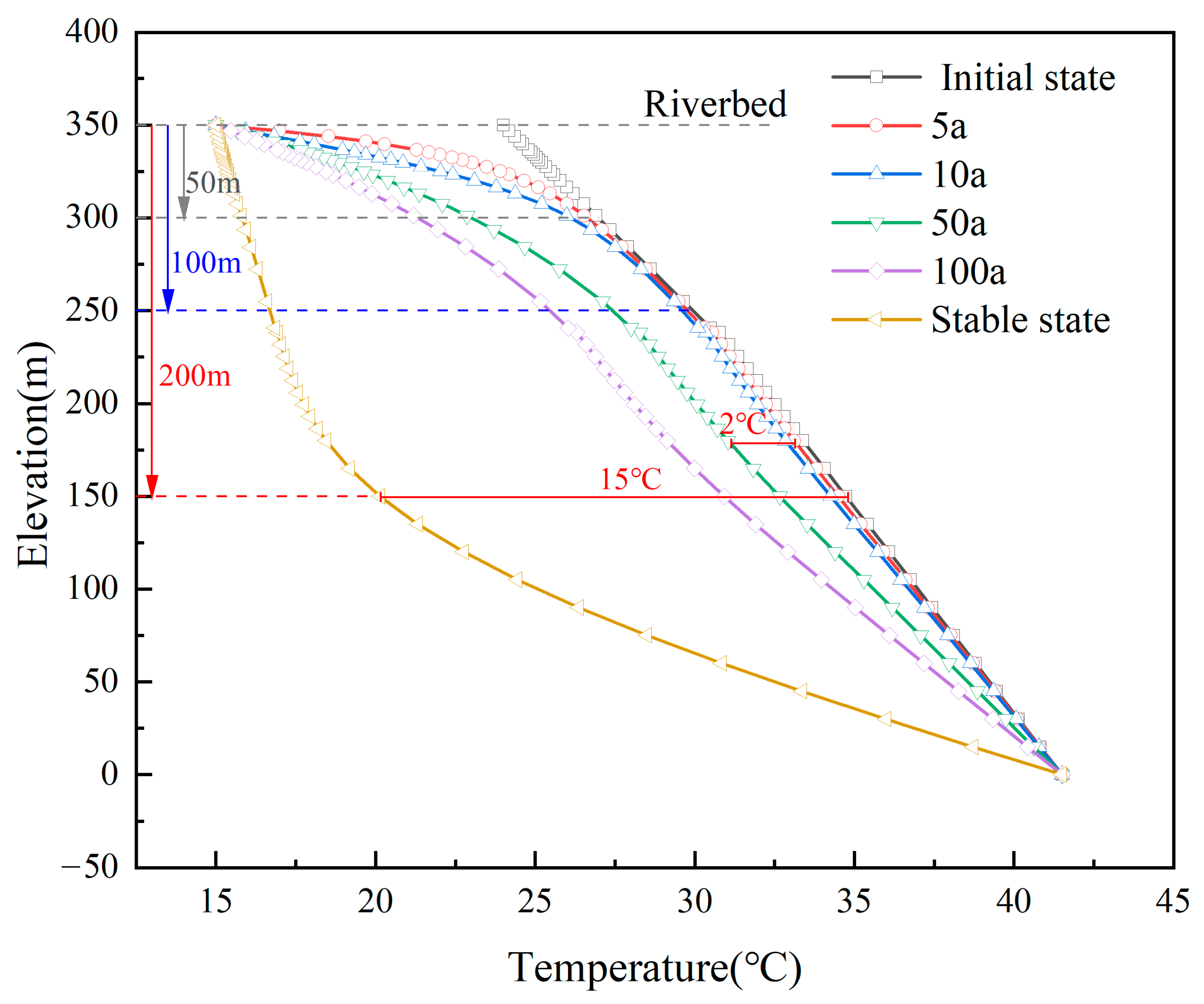 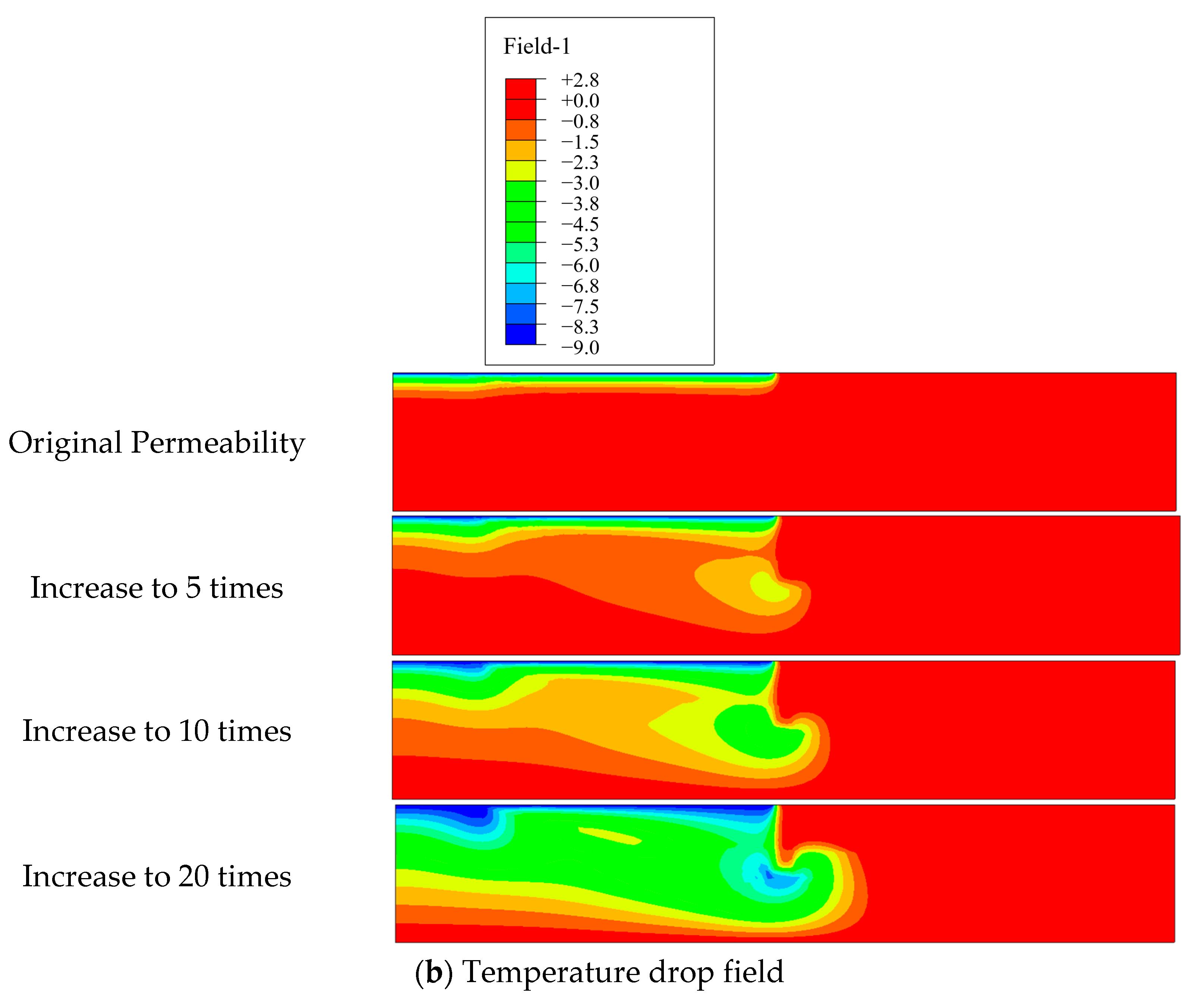 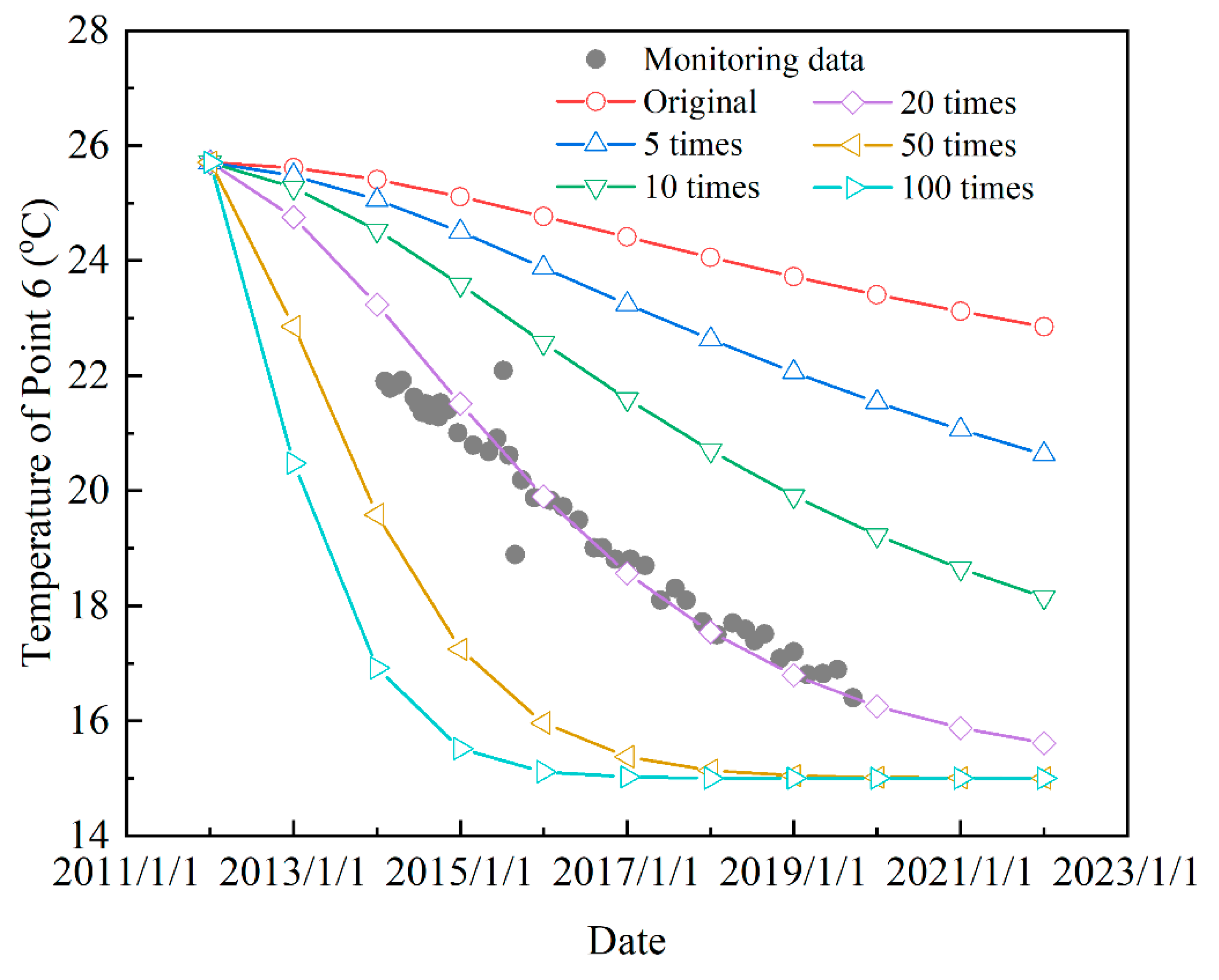