Insight into the Removal of Enoxacin in an Anaerobic Sulfur-Mediated Wastewater Treatment System: Performance, Kinetics and Mechanisms
Previous Article in Journal

The pressure on freshwater resources is leading to diminishing flows in some of the critical river systems across the globe. India is no exception, and this is mainly because of water withdrawal for irrigation, which is often to the tune of 70% to 80% of the lean season flows, with some proportion for domestic and industrial use. While graduating from the concept of environmental flows and its assessment methodologies in India, the water-managers, the researchers and the conservationists are now moving towards answering the next question, if the rivers are to be revived, where will the water come from, especially in the case of over-allocated rivers, including the River Ganga. While the logical way is to look at the biggest user of water, i.e., irrigation, it remains to be seen whether the irrigation water savings will actually lead to enhancing flows in a river, complementing the efforts towards maintaining e-flows in rivers, or whether it will lead to more area under agriculture, bring changes in cropping patterns towards more water-intensive crops or result in something else. This is a growing debate across the globe, where India is no exception, and there has been a wide range of opinions in this regard. This paper discusses the process, findings and lessons from a joint initiative involving farmers, the Uttar Pradesh state Irrigation and Water Resources Department, Bijnor District Administration and a conservation organisation, WWF, to enhance flows in a sub-tributary, called the Karula River, which is part of the Ganga River system. Another objective of this paper is to look at the scalability and replicability of similar approaches in other irrigation command areas to benefit nearby river systems in general. Under this initiative, the team attempted to enhance flows in the river Karula by routing the saved water from irrigation supplies in a canal commanded area. This saving of water is being achieved due to supply-side and demand-side measures that are being adopted in the project area. With the objective of ensuring the sustainability of the initiative, efforts are made to form an institutional arrangement, through which this initiative can be sustained beyond the project support. View Full-Text
Keywords: irrigation water use efficiency; environmental flows; river conservation; Water Users Association; minor canal; Ganga; Ramganga irrigation water use efficiency; environmental flows; river conservation; Water Users Association; minor canal; Ganga; Ramganga
►▼ Show Figures 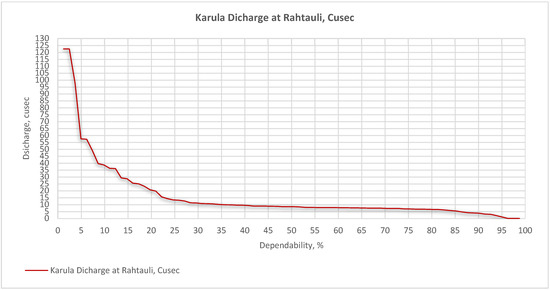