Variations of Stable Isotopes in Daily Precipitation in a Monsoon Region

The stable isotopes of hydrogen and oxygen in precipitation provide a useful reference for the study of hydrological processes, but concerns have been raised regarding the established patterns in their variations in a monsoon climate zone. In this study, stable isotopes (δ18O and δ2H) of 539 daily precipitation samples from seven hydrometeorological stations in the Beijing area were used to investigate short-term isotopic variations and the controlling factors at a region with a monsoon climate. The δ18O in the precipitation increases from the northwest to the south, which is controlled by the monsoon from the south and continental moisture from the northwest. Consistently, both the high δ18O values and low deuterium excess values from May to September reveal the impact of the monsoon. The amount effect is significant during the monsoon season. In contrast, the T effect is significant, with a gradient of 0.4‰ per °C during the non-monsoon season. A Rayleigh distillation model indicates that the moisture source and residual vapor fraction are the two most important factors in controlling the δ18O patterns in precipitation in a monsoon region, independent of temperature. The result of this study is helpful for the understanding of the regional atmospheric water cycle. View Full-Text
Keywords: stable isotopes; daily precipitation; monsoon; isotopic effects; BNIP stable isotopes; daily precipitation; monsoon; isotopic effects; BNIP
►▼ Show Figures 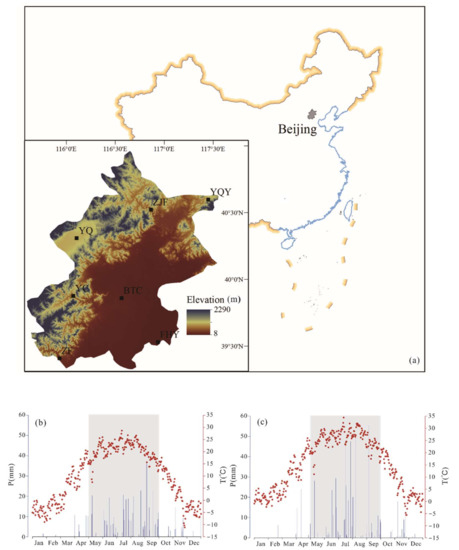